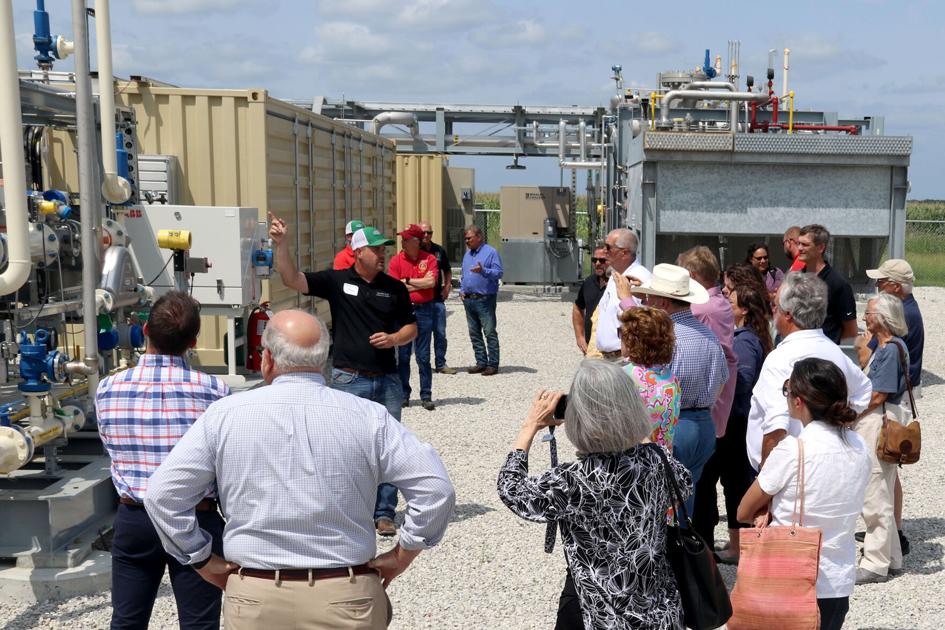 Northwest Missouri isn’t often thought of as a hub for alternative energy utilization, some local companies are making large commitments to go carbon-negative.

Now they are moving to the project’s second phase, Director of Communications Brandon Butler said.

“It started off with them saying, ‘OK, you can collect our gas but we don’t really want to put any money into this,’” he said. “And 10 years later we’re in a 50-50 joint venture with Smithfield, and we’re now primed and ready to produce 800,000 dekatherms of renewable energy. So it’s become a very successful project.”

Phase two will include replanting thousands of acres of prairie grass across northern Missouri. The natural gas generated at these locations won’t be as profitable as the hog farm locations, but the primary goal will be improving the state’s ecological standing, Butler said.

The university’s most recent venture is the installation of a new solar panel about a month ago.

The effort pays dividends in an educational sense as well as being eco-friendly, said Troy Brady, Northwest facilities services, energy and sustainability manager.

“It’s important to me from my background that people see, that students see, these can be impactful, and they can be educational experiences,” he said. “One of the biggest things about learning is that sometimes we fail … As a university, we’ve not only educated people and students on what does work, but we’ve also shown in small scale some things that we’ve had to give up on.”

Wind energy is the focus but not the only method being used by the company, said Scott Davis, vice president of operations at Boehringer Ingelheim.

“Boehringer Ingelheim is not in the business of producing electricity, therefore our options of looking at other sources are limited,” he said. “We do utilize an onsite solar panel at one of our St. Joseph locations. According to an outside source, wind energy results in less carbon emissions than other alternative energy sources.”

Boehringer also is looking into other methods to cut down on energy use like more efficient lighting and equipment, Davis said.

People have to embrace sustainable forms of energy on multiple levels, Butler said.

“There’s no one solution to our climate crisis,” he said. “We have to come up with numerous alternatives to fossil fuels if we’re going to be able to power not only our country but the world.”

One of the most important factors in pursuing sustainable forms of energy is knowing which type works best in a specific area, Brady said.

“All the alternative energy projects out there have their efficiencies depending on the environment they’re in,” he said. “Obviously, solar when you get more north of us, isn’t a great idea, but wind is a pretty good alternative there.”

That’s why the university is working toward a variety of methods to find what option is best and continue the development process, Brady said.