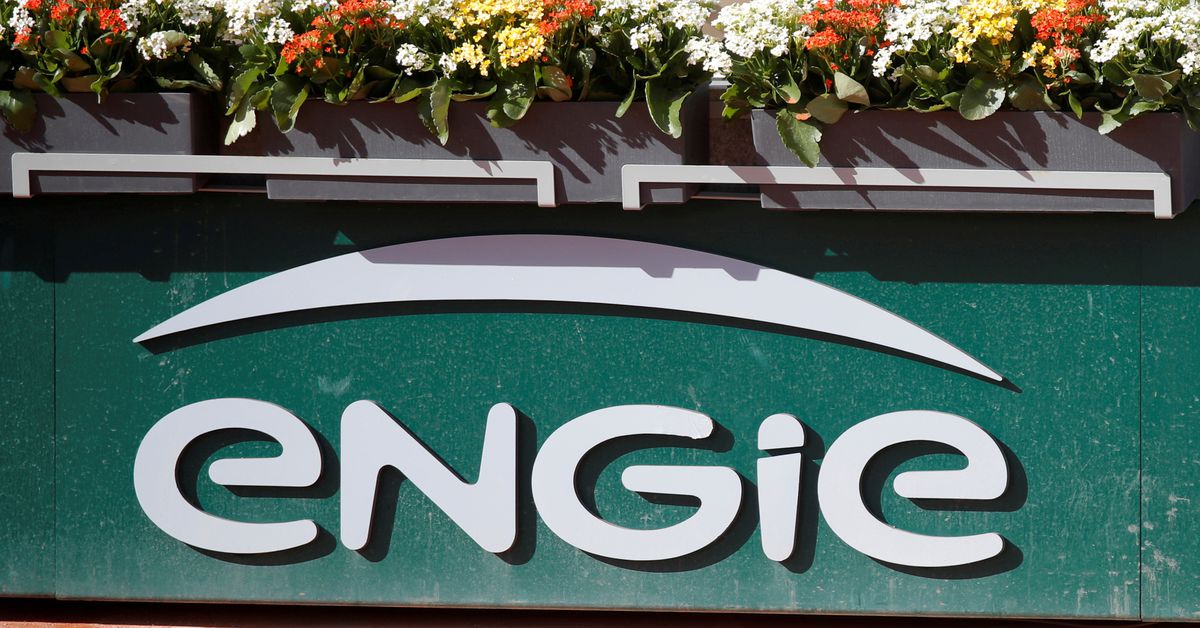 The logo of Engie is seen on central court at Roland-Garros stadium during the 2020 French tennis Open in Paris, France, October 4, 2020. REUTERS/Charles Platiau

PARIS, June 29 (Reuters) – French energy group Engie (ENGIE.PA) is set to kick off an auction for some of its services assets, with first bids due in September for a newly-created business that could be worth between 5 billion and 6 billion euros ($7.14 billion) altogether, two sources close to the matter said.

The gas and electricity provider is looking to pick an investor for a controlling stake in the unit by the end of the year, the sources said.

Engie (ENGIE.PA) is trying to simplify its structure by selling off some activities to concentrate on others such as renewable energy, streamlining its sprawling structure.

French energy services rival SPIE (SPIE.PA) and conglomerate Bouygues (BOUY.PA) are among potential industrial bidders that will be approached in the sales process, three sources close to the auction said.

The services spin-off is one of the biggest chunks of Engie’s reorganisation. The gas and electricity group has said it wants to fold some services units into a business dubbed “Bright” for now, and which employs some 74,000 people, or 40% of Engie’s current workforce.

Engie, whose top shareholder is the French state, with nearly a 24% stake, is keen to wrap up the process before a presidential election in 2022, one of the sources close to the process said. Labour unions have opposed the spin-off, saying it could lead to a broader dismantling of the group.

Engie is set to formalise the separation of some activities into this “Bright” unit later this week. Engie had considered a potential stock market listing for the business but has opted for a sale as it groups together several disparate units that are harder to value as one, several source said.