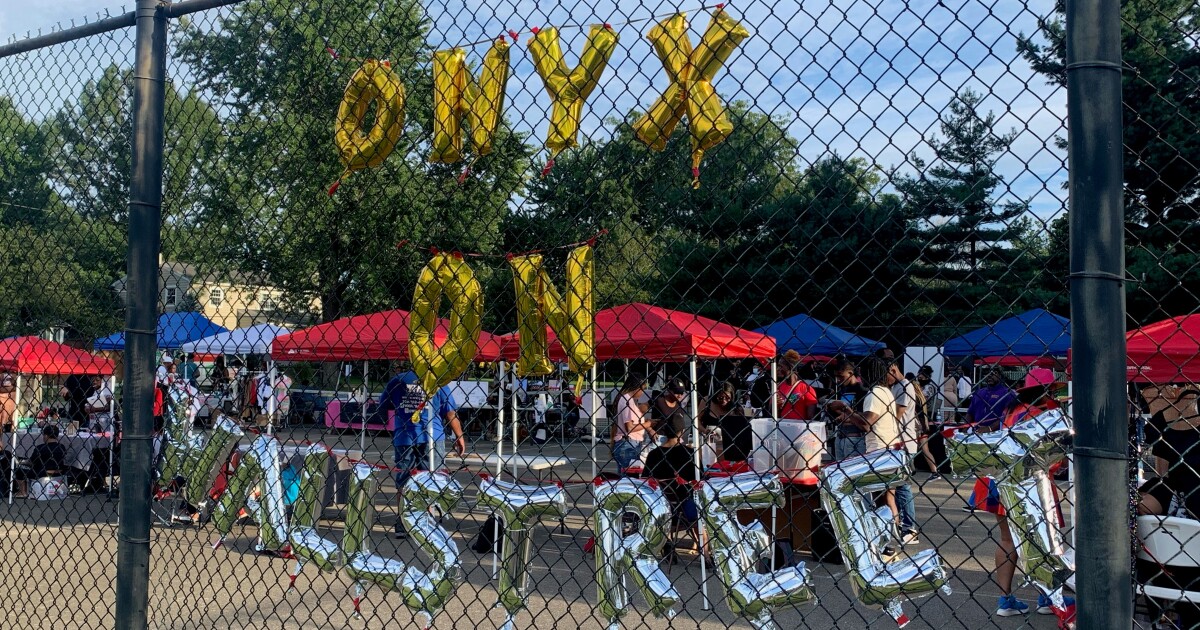 Bloomington-Normal’s Black business community came out in force Thursday night for a meet-and-greet with Illinois State University students and others.

The Onyx On Wall Street event, organized by ISU student-led Onyx Connect Media, was held at Anderson Park in Normal. It attracted several dozen businesses and a good crowd. One of the goals of the event was to introduce ISU students of color — especially new ones — to business owners who can meet their needs.

One of the vendors was LaTanya Spiller. She’s been a massage therapist for over nine years but opened her own business about a year ago. It’s Massage By Mz. Hands Spa Boutique, located at 2422 E. Washington St. in Bloomington.

Being an entrepreneur is stressful, Spiller said.

“It’s kind of like my baby. I’m always trying to buy little stuff for it, to make it better, to add to it, to bring light to it,” Spiller said. “Recently I just got flooded by the rain at the end of June. That’s where the stress comes in. But I’ve recovered. I’m back up.”

One of her differentiators is lymphatic massage. That’s needed after a Brazilian butt lift, an increasingly popular procedure that takes fat from your stomach and abdomen area and puts it in your butt.

“No one else in town or in this area does those lymphatic massages that you need after that surgery,” Spiller said. “I get people traveling from Chicago and Peoria and surrounding cities just for that massage.”

Another entrepreneur at the event was Ebony Jackson. She’s a natural hair specialist — getting people, especially African-American women and girls, “back on their healthy hair journey.”

Jackson has been doing hair since high school. Now, she’s a student at the Paul Mitchell school in Normal and runs her own operation. Jackson, who also runs her own lip gloss business, said she wants more than a 9-to-5 job and wants to create generational wealth that outlives her.

“I love seeing people – especially my people, African-American people – just hustling and doing their thing,” Jackson said of Thursday’s event. “It’s very important to see this and have proper representation. To let little girls know, like right here [pointing to a girl watching the WGLT interview], who want to be an entrepreneur that you can do whatever you want to do in this world. You don’t have to submit or conform to anything.”

Just a few tables over at Anderson Park was Tanya Chambers, who sells oils, lotions and bedroom essentials through Pure Romance, a national brand.

One of Chambers’ favorite parts of the job are ladies’ nights, or at-home parties where she brings some “fun stuff” and does some presentations.

“I get to make my own hours. That’s the best thing ever,” Chambers said.

Event organizer Onyx Connect Media is a group based at ISU “designed specifically for the Advancement of People of Color at predominately white universities across the United States.” It was founded by Tiffani Jackson, who is also a part-time student WGLT reporter and announcer.