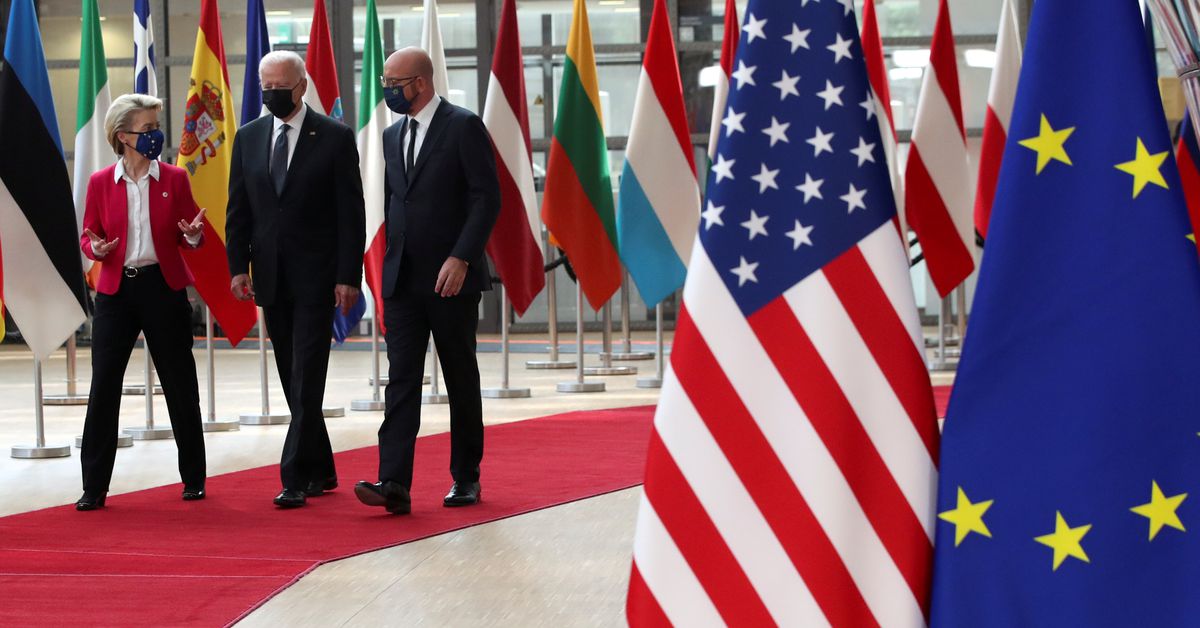 The comments by Valdis Dombrovskis and Margrethe Vestager came ahead of the first TTC meeting in Pittsburgh on Wednesday and as the United States and Europe face off with China in areas ranging from trade to defence to technology and human rights.

“There is real strategic and geopolitical importance to this new platform as a way in setting standards and rules for the 21st century. So we need this Council to amplify our status,” Dombrovskis told reporters.

Dombrovskis insisted, however, that the platform was not targeted at any particular country.

“TTC is not about any specific third country, it is about cooperation and coordination on a number of policy areas between the United States and the EU,” he said.

All these areas are key for the EU, Vestager said.

“What we have achieved is a package that covers, I think, both offensive and defensive interests,” she told reporters.

Dombrovskis said French fury at Australia’s decision to scrap a $40 billion submarine deal for one with the United States and Britain should not deflect the EU from its long-term interests.

“We are allies, partners and friends, and yes friends can easily from time to time make mistakes and we have seen this in recent weeks, but we knew this issue should not cloud our judgment on our strategic alliances,” he said.

U.S. Secretary of State Antony Blinken, Commerce Secretary Gina Raimondo and Trade Representative Katherine Tai will be the co-chairs of the meeting with Dombrovskis and Vestager.

The EU hopes to hold a second meeting next spring in Belgium.