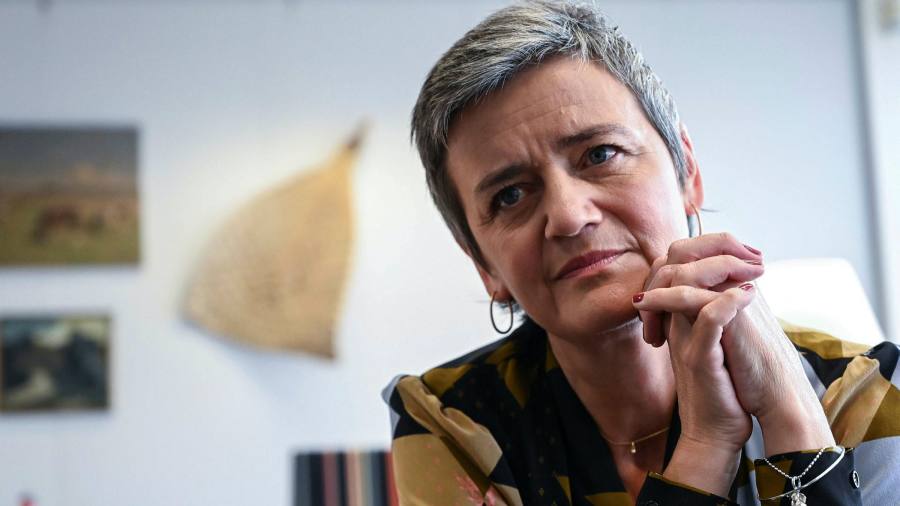 Margrethe Vestager, the EU’s head of digital and competition policy, has rejected the idea that its forthcoming Digital Markets Act (DMA) will only target American tech companies.

She spoke after the White House warned Brussels that the tone around its flagship new tech policy sent a negative message and suggested that the EU “is not interested in engaging with the United States in good faith” on the challenges posed by large tech platforms.

In an interview with the Financial Times, Vestager, who met with President Joe Biden during his visit in Brussels this week, said: “The [DMA] is not directed toward certain businesses or toward certain nationalities of businesses.”

The DMA outlines new rules for platforms deemed large enough to be “gatekeepers”.

“What we have been developing while trying to figure out who should be in the scope and who should be a possible gatekeeper, it has been about the market effects,” said Vestager.

She said the draft legislation, which will now be debated by the European parliament, focuses on the “market effects” of Big Tech’s dominance over smaller rivals.

She suggested the criteria drawn up by the EU will help frame a wider focus than just Silicon Valley’s largest companies: Google, Amazon, Facebook, Apple and Microsoft. “We have made this proposal with a larger scope for good reasons because of the market effects,” she said.

Vestager’s comments will be seen as Brussels’ way to try to appease tensions between the EU and the US at a time when both sides are keen to rebuild transatlantic relationships following four turbulent years under Donald Trump.

But last month Andreas Schwab, the German MEP who will help steer the DMA legislation through the European parliament, said US tech companies were “the biggest problems.”

“Let’s focus first on the biggest problems, on the biggest bottlenecks. Let’s go down the line — one, two, three, four, five — and maybe six with [China’s] Alibaba,” he said.

The US administration has come under pressure to be tougher against the EU’s plans to regulate Big Tech. The co-chairs of the digital trade caucus in the US recently warned over EU legislation that has the potential to “disproportionately harm American technology companies”.

However, despite the rhetoric accusing the EU of unfairly targeting American companies, the US government has appointed harsh critics of Big Tech in crucial positions of power. Only last week Lina Khan, a vocal proponent of the breaking up of US companies, was appointed as chair of the Federal Trade Commission.

Separately, the US House of Representatives has tabled five bills which in some parts are even stricter than the Brussels draft legislation. Observers point out that both the US and the EU face a similar challenge of taming companies that have become “too big to care”.