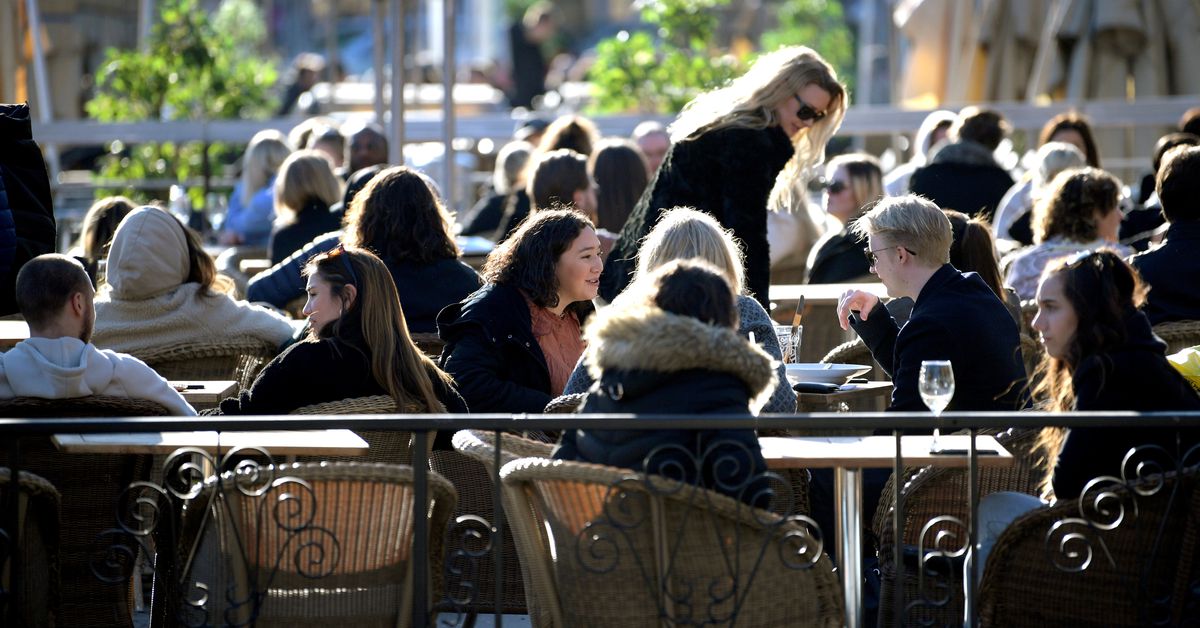 LONDON, July 23 (Reuters) – Euro zone business activity expanded at its fastest monthly pace in over two decades in July as the loosening of more COVID-19 restrictions gave a boost to services but fears of another wave of infections hit business confidence, a survey showed.

With vaccination rates accelerating and the burden on health care easing governments have lifted some of the curbs they imposed to try and contain the virus’ spread, unleashing pent-up demand.

IHS Markit’s Flash Composite Purchasing Managers’ Index, seen as a good guide to economic health, climbed to 60.6 in July from 59.5, its highest reading since July 2000. It was ahead of the 50-mark separating growth from contraction and a Reuters poll estimate for 60.0.

“Better than expected PMIs confirm the strong rebound expected for 3Q, as reopening services make up for the slight decline in manufacturing output due to supply chain problems,” said Bert Colijn at ING.

“Easing restriction measures are boosting service sector activity at the moment, but concerns about the spread of the Delta variant resulted in a somewhat weaker business outlook for the year ahead,” Colijn said.

A PMI covering the bloc’s dominant service industry jumped to 60.4 from 58.3, its highest since June 2006 and ahead of the Reuters poll forecast for 59.5.

Indicating that pace won’t slow anytime soon, demand was racing. The new business index rose to 59.7 from 58.7, one of the highest readings in the survey’s 23 year history.

The strong recovery in Germany, Europe’s biggest economy, continued with its PMI hitting the highest level in nearly a quarter of a century, fueled by strong demand partly resulting from an easing of virus containment measures. read more

But French activity weakened more than forecast and fell to a three-month low as shortages of materials and transportation delays impacted firms.

And in Britain, outside the euro zone, the rapid economic bounce-back from the pandemic slowed sharply as a new wave of cases forced hundreds of thousands of workers to self-isolate under government rules to limit the spread of the disease. L8N2OY58T

Factories had another blistering month. The manufacturing PMI only dipped from June’s record high of 63.4 to 62.6. An index measuring output that feeds into the composite PMI fell to 60.9 from 62.6.

But the spread of the highly transmissible Delta variant of the coronavirus has further impacted already disrupted global supply chains and pushed prices for raw materials factories need soaring.

On Thursday the European Central Bank pledged to keep interest rates at record lows for even longer to boost sluggish inflation.

The ECB also warned the rapidly spreading Delta variant of the coronavirus posed a risk to the bloc’s recoveryand rising infections and fears of another wave of the coronavirus put a dent in overall confidence. The composite future output index slumped to 67.8 from 71.9, its lowest February.

That chimes with European Commission data released on Thursday which showed consumer confidence fell this month.

“While actual and prospective activity trends remain very solid, it is clear that the recent increase in new coronavirus trends and the spread of the more transmissible Delta variant are leaving a mark on euro zone confidence,” said Ricardo Amaro at Oxford Economics.