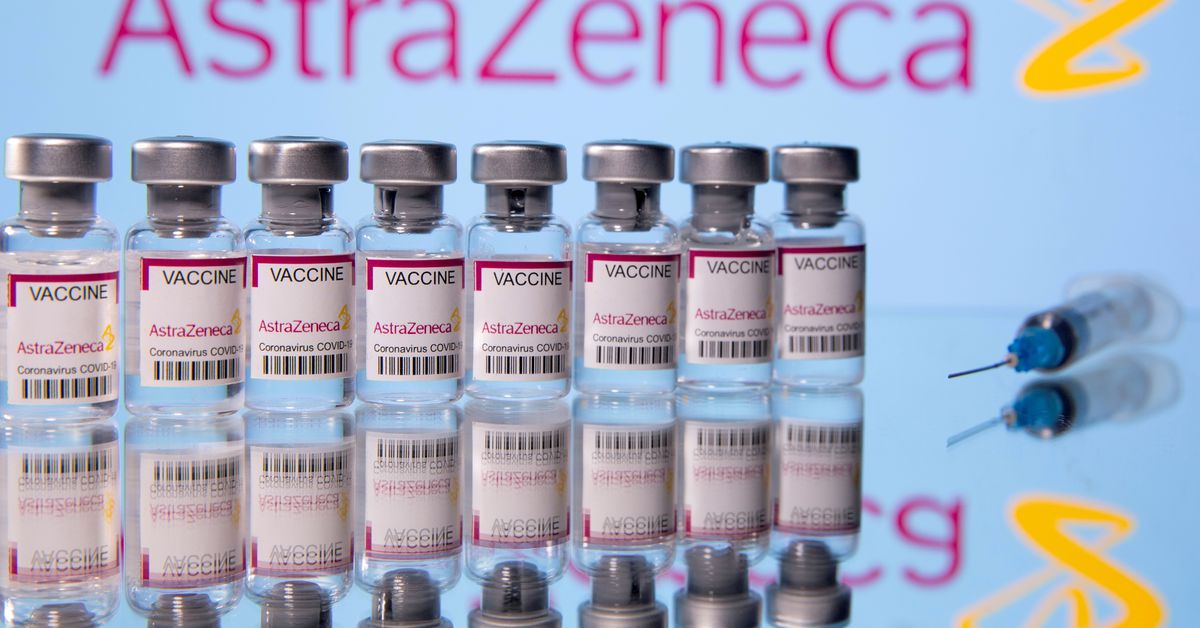 LONDON, July 29 (Reuters) – AstraZeneca (AZN.L) is exploring options for the future of its COVID-19 vaccine and expects greater clarity on the matter by the end of 2021, a senior executive told Reuters on Thursday.

The review of the future of the vaccine comes after a series of setbacks in its race to produce a shot for the world. Executives emphasised it was too early to say what the decision on the vaccine’s future would be.

AstraZeneca agreed to work with the University of Oxford on its COVID-19 shot last year despite having no prior vaccine experience, taking on the project with a pledge not to make a profit during the coronavirus pandemic.

While a $39 billion dollar deal to buy rare drug firm Alexion is much more integral to the company’s business strategy, the COVID-19 vaccine has quickly become the public face of the company’s efforts during the coronavirus pandemic.

“A small group of people reporting into Mene (Pangalos, research chief) and myself are thinking about: is this a sustainable business?” AstraZeneca Executive Vice President and President of the BioPharmaceuticals Business Unit Ruud Dobber said, referring to the vaccines business.

“We need to have that discussion with our senior executive team, and then with the board of AstraZeneca. We are exploring different options, but it is far too early at this stage to conclude that (process).”

Dobber added that “before year-end, we will have more clarity”.

“Hopefully before the year ends, we will have a better view how to move forward in the next few years,” he said.

“If you ask me, is the vaccine business a sustainable business for AstraZeneca for the next five or 10 years, that big strategic question is under discussion.”

AstraZeneca has been criticised by the European Union for its supply of shots, and is being sued by the bloc. The vaccine has also faced age restrictions due to rare clots linked to the vaccine and its application for U.S. approval is longer than expected.

Chief Executive Pascal Soriot said he had no regrets over getting involved in COVID-19 vaccines as the company has made an “enormous difference”.

It has delivered one billion doses around the world globally and is celebrated by the British government as a national success story of the pandemic. read more

Dobber said that AstraZeneca’s “number one commitment” was to deliver hundreds of millions of vaccine doses that were covered by current contracts.

“It’s not a distraction,” he said.

He added that the company would keep its pledge to deliver a broadly available and accessible vaccine. Soriot has said that the vaccine will always be kept affordable for low-income countries, even when the company moves away from a no-profit model.

Results released on Thursday showed sales of the vaccine in the second quarter more than tripled to $894 million from the first three months of the year. read more

But, unlike for rivals including Pfizer (PFE.N), it remains a drag on earnings overall, and Dobber said that if the vaccine business were to be sustainable, the company would have to stop making a loss on it.

“It doesn’t mean that moving forward we will not make a bit of profit,” Dobber said. “It’s not sustainable to do it without profits, but it’s too early now to speculate about that.”

Reporting by Alistair Smout in London and Pushkala Aripaka in Bengaluru; Editing by Jason Neely, Josephine Mason and Jan Harvey