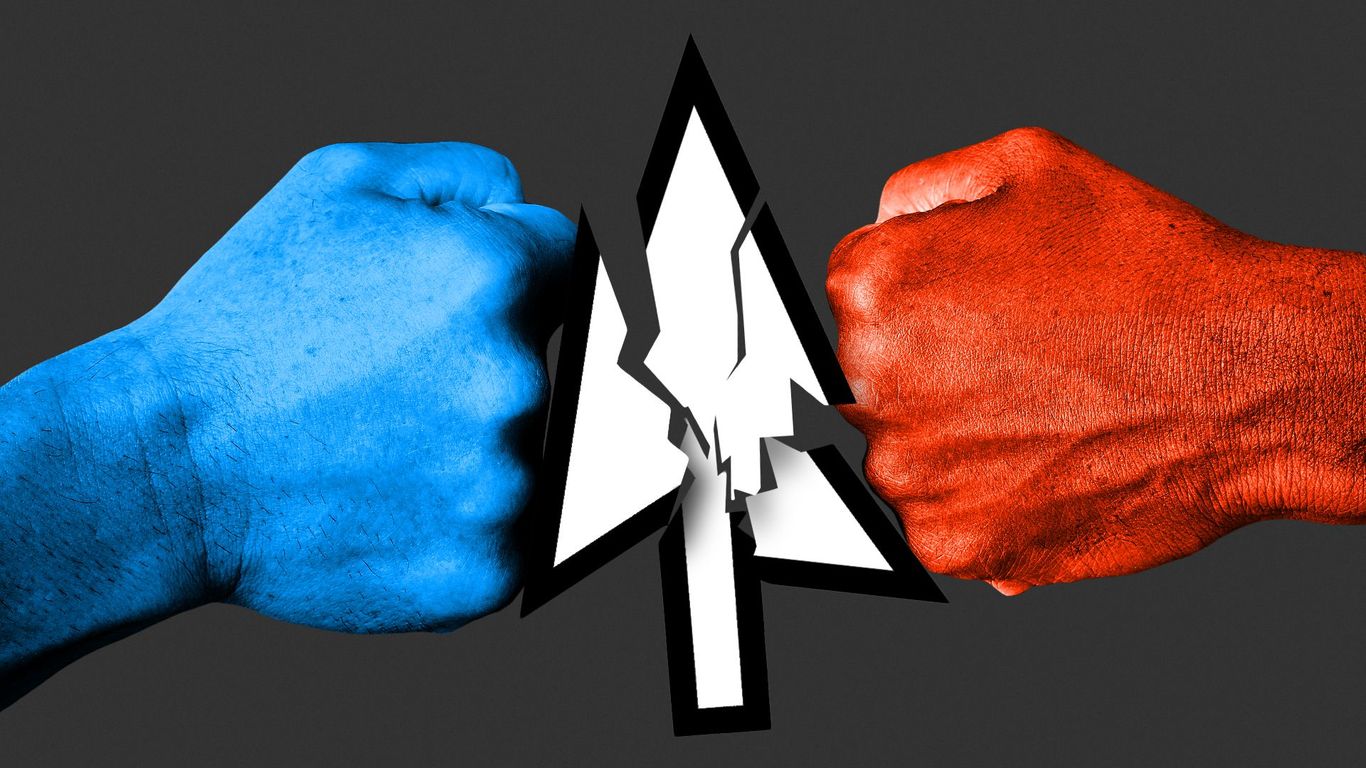 A majority of voters in battleground districts and states agree Big Tech companies are monopolies with too much power, according to new data shared exclusively with Axios — but those same voters are divided on what Congress should do in response.

Why it matters: Lawmakers from both parties in the House have backed a package of proposed new laws to rein in tech firms’ power.

Reality check: When it comes to concerns about Apple, Facebook, Google and Amazon, voters polled were much more worried about privacy, data security, and whether the companies pay a fair share of taxes than they were about competition issues.

By the numbers: 57% of respondents said America’s large technology companies “are monopolies that have too much power and too little competition.”

Yes, but: Despite the concerns, just under half (49%) said tech companies have grown so big and powerful that Congress needs to break them up or strongly regulate them.

Voters were split evenly on the impact breaking up companies could have.

How it worked: Polling firm Expedition Strategies conducted 2,000 interviews in 44 battleground House districts and 9 Senate battleground states from August 2-8 on a range of tech issues.

What they’re saying: “Despite worries about monopolies, worries about competition, they don’t seem to be clamoring for break-ups or super-stringent regulations,” Progressive Policy Institute president Will Marshall told Axios.

What Congress should do: Still, 54% of voters polled said they support regulations that would break up big technology companies and ban them from buying other businesses.

The big picture: Previous polls on Big Tech sentiment have shown growing evidence of bipartisan support among voters for action against the companies.