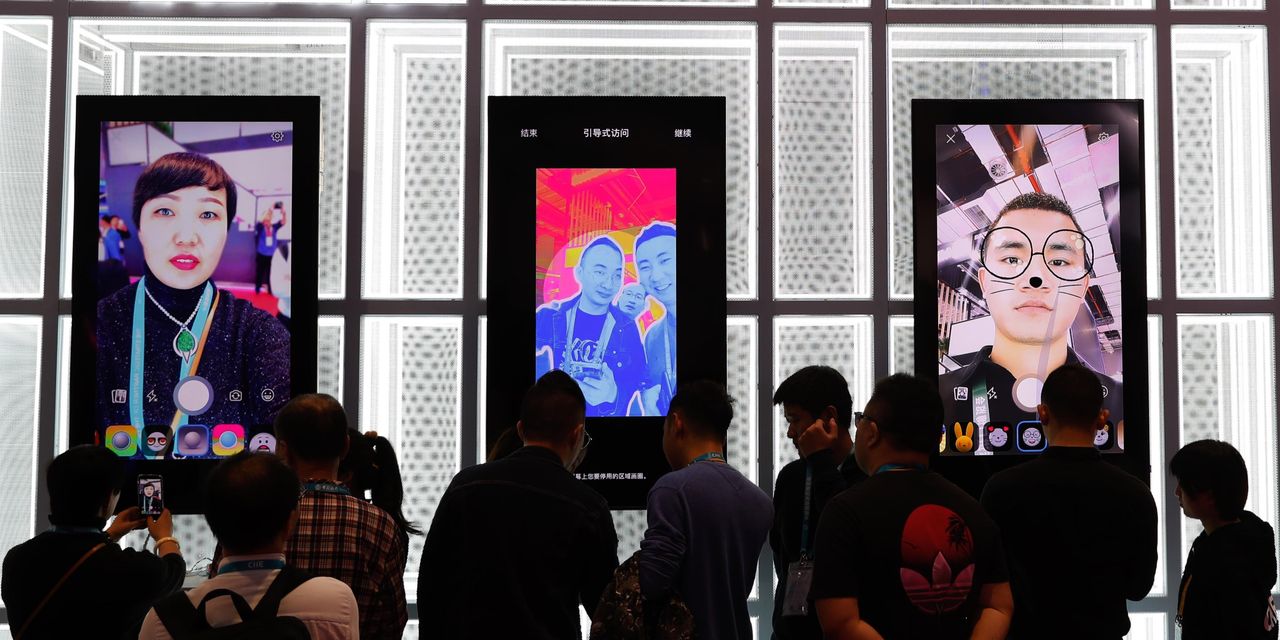 The social-media giant on Wednesday said its first-quarter earnings report reflected the past year’s trend of people spending more time and money online and advertisers redirecting their resources to take advantage of that shift. The parent of Facebook, Instagram and WhatsApp said the average price per ad and the number of ads it delivered during the January-through-March period increased.

Advertising revenue, which accounts for the lion’s share of Facebook’s total revenue, rose 46% from a year earlier to $25.44 billion. The company’s profit nearly doubled to $9.5 billion, or $3.30 a share.

Has the way you used Facebook changed over the past year? If so, how? Join the conversation below.

“Because of the strong demand for advertising, you’re seeing an ability for companies to raise prices,” said D.A. Davidson analyst Tom Forte.

The breakneck pace of growth might not be permanent. The global advertising business slowed dramatically in the early days of the pandemic, but Facebook as well as other digital platforms rebounded quickly and posted strong revenue and profits in the second half of 2020. As a result of tough financial comparisons and Apple’s new rules, the social-networking company said it expects year-over-year revenue growth to slow in the third and fourth quarters.

Shares in Facebook rose more than 6% in after-hours trading, as both overall revenue and profit beat Wall Street forecasts. The stock has gained 16% over the past three months through Wednesday’s close, compared with a more than 10% gain in the S&P 500. The company said 2.7 billion people world-wide use one or more of the company’s apps daily.

Apple and Facebook have butted heads in recent years over issues such as user privacy and app-store fees, and now they are at odds over the iPhone maker’s move this week to begin enabling its mobile customers to opt out of letting third-party apps collect certain data. Facebook Chief Executive Mark Zuckerberg has criticized the initiative, saying it will hurt small businesses. Apple has said it wants app makers to first obtain users’ permission to enable such tracking.

On an earnings call with analysts, Facebook Operating Chief Sheryl Sandberg said the company has been preparing for Apple’s new rule. “We’re rebuilding meaningful elements of our ad-tech so that our system continues to perform when we have access to less data in the future,” she said. “It’s also on us to keep making the case that personalized advertising is good for people and businesses, and to better explain how it works so that people realize that personalized ads are privacy protective.”

Facebook said Wednesday it is seeing progress in consumers and businesses using its e-commerce tools and that it will continue such investments. The company said it has more than 1 million active shops and that more than 250 million people interact with merchandise every month.

“We’ve made some good progress, but we recognize that getting to a really seamless transaction experience is going to take work on our side,” Ms. Sandberg said.

Facebook Wednesday also pledged to accelerate spending on investments including technical and product talent and consumer hardware. The company has said it is working to enable users to listen to podcasts through Facebook and create Clubhouse-like rooms for live audio conversations. Clubhouse is an audio-discussion app that made its debut last year. Facebook last month said it is working on augmented-reality glasses in tandem with sensor-packed wristbands that can detect finger movements.

Non-advertising revenue, which includes sales of virtual-reality headsets, more than doubled in the first quarter to $732 million from $297 million a year ago.

“What that says is they’re aggressive in their pursuit of growth,” said Truist Securities analyst Youssef Squali. “They’re doubling down on investments.”

In addition, Facebook said it is working to make it easier for users to create and sell their own content across its apps, tapping into a trend of companies building platforms specializing in user-generated content such as the videogame hub Roblox and celebrity messaging service Cameo.

Facebook also said its business faces continued uncertainty from regulatory developments world-wide. The Federal Trade Commission and 46 states in December filed antitrust lawsuits against Facebook, accusing it of buying and freezing out small startups to stifle competition. Facebook has sought to dismiss both lawsuits, saying the FTC’s case aims to rewrite history and ignores the tech industry’s competitive dynamics and that the states’ case doesn’t prove that “citizens paid higher prices, that output was reduced, or that any objective measure of quality declined as a result of” the company’s actions.