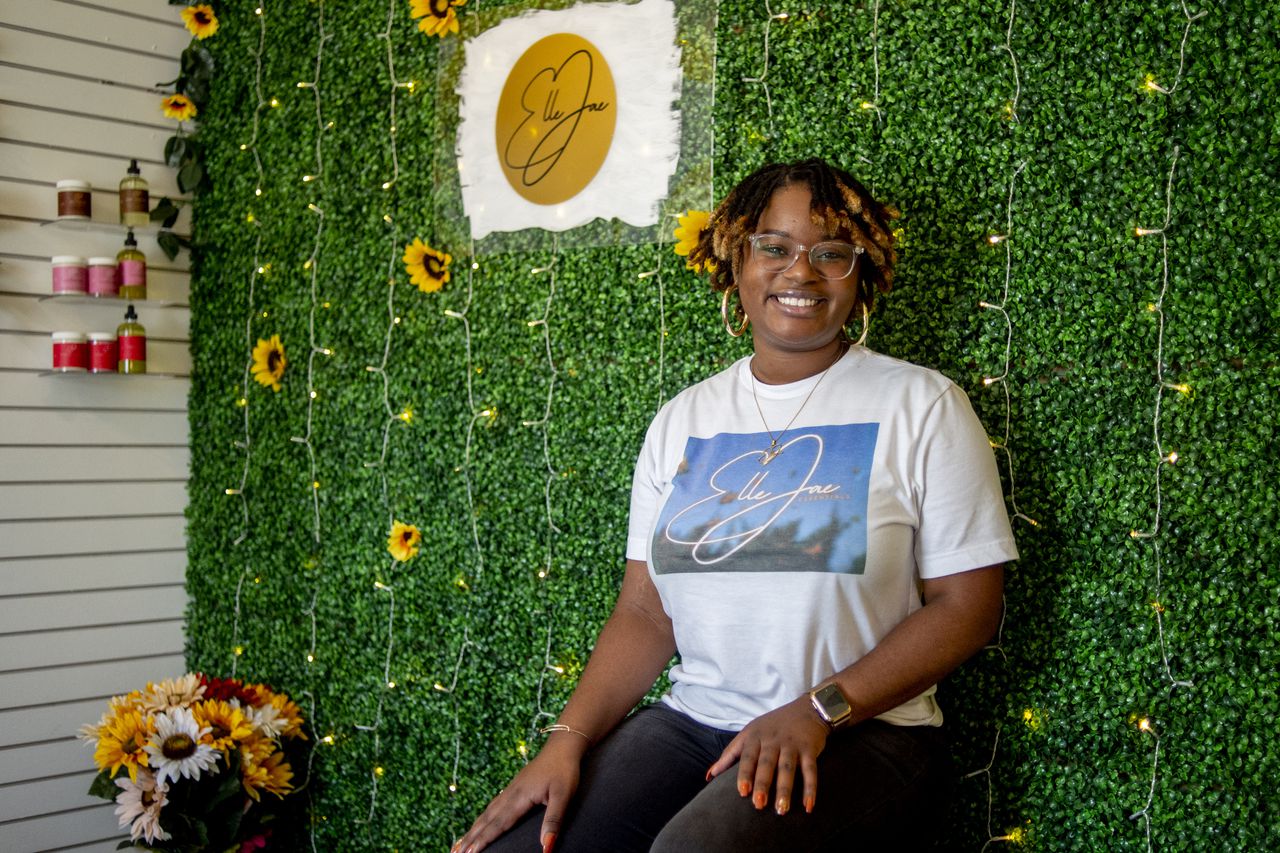 FLINT, MI — La’Asia Johnson started experimenting four year ago with different recipes to create skin and hair care products that would be better and more effective for her to use after experiencing a break out of rashes from store-bought products.

Over the course of several years, interest in those initial products that she created to cater to her skin grew more popular than Johnson expected.

Johnson is scheduled to host a grand opening for Elle Jae Essentials, a skincare boutique, from 1-5 p.m. Saturday, Sept. 4, at 3037 Flushing Road, Suite G in Flint.

As part of the grand opening celebration, customers can partake in a sale of 50% off their second item and a new donut-themed, six-pack sampler of body butter. Edible donuts to match the flavors of the sampler will also be available to customers.

The boutique will feature her homemade all-natural skincare products for women with sensitive skin who want a healthy, natural alternative to typical mainstream products.

Those products include body butters, candles, body oils, body wash, body scrubs, hair care, lip butters and DIY experiences so customers can customize the ingredients in their items and the fragrances.

Before becoming a business owner, Johnson, 26, was working as a social worker with children on the autism spectrum for Genesee County.

She felt fulfilled while doing the work, connecting with the children and living in her hometown of Flint.

“The first product I ever made was body butter and my sole intent and purpose with making that body butter was literally just to provide something for me that smelled good,” Johnson said.

Before making her own body butter, Johnson began to notice that her body would break out in rashes and hives.

She eventually saw a dermatologist who prescribed something they thought would help, but when her skin issues wouldn’t clear up she began to do her own research.

“I was seeing it in the hot spot areas where I would spray my perfumes,” Johnson explained. “I decided to do a little investigating and came to find out that a lot of the products I was using had a ton of chemicals that really shouldn’t be allowed to be sold to us.”

Shortly after, Johnson began whipping up her own concoction for a body butter recipe. It was quickly a success with not only her skin, but also her co-workers, family and friends.

Word had traveled that Johnson had a product that was good for skin like hers. And within the first month of making her initial product, everyone wanted to try it out.

“I slowly started to replace those chemical products with my products and they took on a life of its own,” Johnson said. “I was making stuff for my co-workers for free, just sharing it with them, and they started telling their friends. My mom is at her job giving away stuff.”

She continued making body butters and expanded to other products as she utilized her one-bedroom apartment as a headquarters for her new venture.

Johnson made the decision two years ago to quit her job and move into a three bedroom apartment.

She found a production facility a few months after the move and hired a staff of eight as she continued to see growth in the business.

The business now serves thousands of women each year, with growth in numbers each year, Johnson shared. The new brick-and-mortar shop will also serve as a production facility for the business as well.

She also saw tremendous growth in her business once she learned how to use Facebook ads, Johnson said.

“The whole premise of opening a store was of course to sell the products, but we really want to be an educational hub to educate community members about the dangers of toxic beauty products,” Johnson said. “Educate them on better products that they can use and probably already have in their home to make their own DIY beauty products.”

Johnson said DIY classes to make their own products range from $10 to $25.

In the future, Johnson would like to expand into cleaning products, she said.

The business owner said she believes the venture has been successful because there’s extra attention to detail when it comes to the ingredients.

When she made the initial decision to quit her job and become a full-time business owner, Johnson said she felt torn because she enjoyed what she was doing, but she’s also happy to offer something to her customers and the city of Flint that they haven’t been exposed to before.

“We really want this to be a community hub where community members feel comfortable coming and having a clean, safe and fun experience for their families, something to do with their kiddos, something safe and creative to do for date night,” Johnson said. “Just something different in the city of Flint.”

‘They really do care about their dogs’: Fenton dog park wins $5K grant to improve facility

Michigan’s Best Local Eats: This ‘beast’ pizza in Fenton will feed you and all your friends