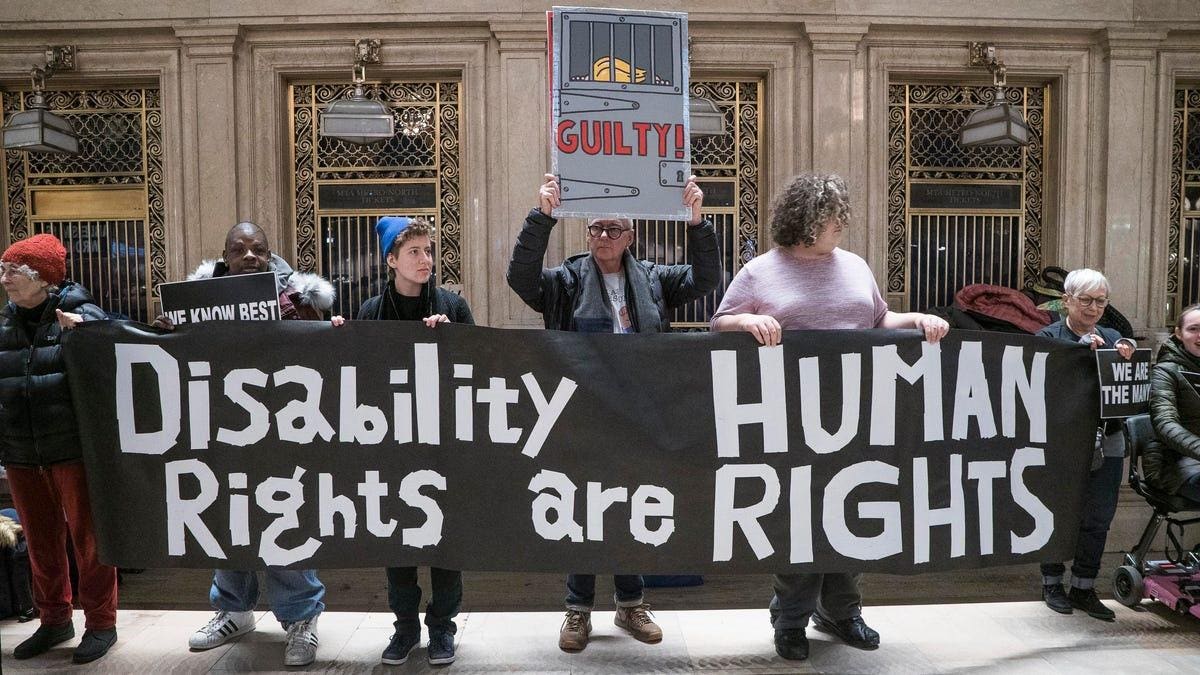 In the time since I published my recent piece on the value of disability’s perspective on the tech industry, I’ve received a lot of feedback from readers via email and Twitter telling me how right—and wrong—I am. In fact, I’ve been so inundated with feedback that it’s worth following up here with additional points which reaffirm my stance.

On the positive side, my friend and peer, Joanna Stern of The Wall Street Journal, said to me on Twitter that while she still despises Apple’s Touch Bar, she nonetheless appreciated my “different perspective” on judging technology and hopes the feature’s assistive technologies live on elsewhere. Likewise, writing at his Pixel Envy blog, Nick Heer said of the proclivity amongst many to condemn Amazon: “I do not think it is necessary to create a binary choice between ethics and services, especially not when many [disabled] people find there is not really any choice in using those services.”

Both Stern and Heer’s complimentary takes on my story highlight the broader point I was aiming to make. In a nutshell, that it’s shortsighted and wrong to ascribe one’s personal and/or professional opinion of a technology or company as The One Tech Take To Rule Them All. Those in the tech media (and podcasters and YouTubers) have a certain hive mind mentality that, for example, “everyone” worth their salt thinks the Touch Bar is stupid. It stands to reason to assume pundits aren’t being pedantic with their language; they don’t mean literally every single person, but the insinuation is still there. And therein lies the rub—when they say “everyone,” they more than likely mean every able-bodied person using technology. Disabled people often are excluded.

As I said originally, to unilaterally damn something like the Touch Bar as gimmicky or useless or “a flop” is to discredit many valid use cases that at least deserve acknowledgment. It is telling Apple is reportedly discontinuing the Touch Bar, as they did with 3D Touch, but that doesn’t necessarily mean both were abject failures. To say so shows an utter lack of awareness of and empathy for the disability community; what’s worse, it shows people unwittingly flying their ableism flag loud and proud.

This is not to say the Touch Bar is beneficial to or liked by all disabled people. The argument here is not that the Touch Bar is a bonafide assistive tool without reproach. Indeed, as I replied to Stern on Twitter, I don’t begrudge her (or anyone else) for disliking the Touch Bar. That’s her opinion, her preference. The argument is it’s important to point out that watchers shouldn’t constantly offer blanket statements about a piece of tech being universally bad simply because they don’t find utility in it.

So it goes with the ever-popular rhetoric to boycott Amazon. The negative reaction to my take in my previous piece suggested I was being willfully obtuse with regards to Amazon’s human rights record for the sake of convenience. Again, this criticism misses the forest for the trees. There are two truths; the problem is most only see one.

It’s one thing to want the company to be held accountable for its apparent hostility towards workers and their rights. Such scrutiny is deserved, and watchdogs and whistleblowers should call attention to it. To Heer’s point, though, it’s wrong for people to push a false Sophie’s Choice narrative whereby customers have to decide between their ethics and their desire to live. Yet that’s what this dichotomy does: it presents a convenient way with which the anti-Amazon crowd can scream “See, look! Amazon is the Devil incarnate! Tear it down!”—except it fails miserably at considering other perspectives, like how Amazon helps social good. The truth is Amazon provides a wealth of services that have genuinely positive effects on scores of people. To argue otherwise is disingenuous and, frankly, perverse. The all-or-nothing view demands you stand up for the little guy or else, as I wrote, be labelled a lackey for a trillion-dollar conglomerate. That’s fantasy—an extreme, fanciful take unhinged from reality.

Like with the Touch Bar, the eternal damnation of Amazon utterly fails to recognize equally valuable use cases. It’s ableist to demand we all boycott Amazon because they’re evil. The fact is so many people, myself included, depend heavily on them for day-to-day survival. Disabled people shouldn’t need to always justify their right to live, nor should we be responsible for policing Amazon at the expense of ourselves because of some progressive-albeit-misguided ableist application of “ethics.” What’s more ethical here: holding Amazon’s sociopolitical feet to the fire or allowing disabled people to use the best services for us so we can live without the artificial guilt?

As disability advocate Liz Jackson so concisely put it on Twitter: “[Quitting Amazon] is also quitting disabled forms of access.” To quit companies is privileged, after all.

The issues raised here are apt illustrations for why disability needs to have more representation in journalism of all industries. Understanding nuanced use cases is a crucial skill for accurately understanding and assessing products; to shove aside accessibility’s role is to belie the notion of furthering diversity and inclusion societally. There is tremendous value, for instance, in encouraging news organizations, big and small, to hire people with disabilities to cover accessibility and assistive technologies. There is zero reason that, say, two people at a publication can’t review the latest iPhones every September. Stern’s reviews—and accompanying videos—are amongst my very favorite of the annual lot. For the Journal’s mainstream readership, her work is impeccable. By the same token, it would also be incredibly useful to have a review of the iPhones that complement Stern’s that is valuable in its own right—one that critiqued the device through a disability lens that could help disabled buyers decide whether to upgrade (or switch from Android). Similarly, it would be instructive for outlets’ political coverage of Big Tech to include analysis vis-a-vis disability so as to capture the nuance inherent to supporting Amazon and its ilk. For gadgets and their makers, nothing should ever be so binary—so black and white. This is particularly true in terms of accessibility, as a disabled person’s needs and tolerances are so varied.

Disability ought to be part of more newsrooms; disabled reporters do exist. It would mean so much, representationally speaking, for a disabled person reading the Journal (or New York Times or Washington Post or whomever) to see someone who looks like them actually writing for such a well-known, prestigious publication. Disability story ideas should be pitched and worked on. The question is whether organizations have the willingness to examine their own biases and put their diversity money where their inclusion mouth is when it comes to HR and plotting the editorial calendar. Put another way, technology’s impact on disability can add a depth and richness to tech coverage that only a disabled person’s lived experiences can provide. This is why disabled journalists can be such strong assets to news desks the world over.

The bottom line is you needn’t have a disability or be an expert in assistive technology to appreciate accessibility’s contributions to technology—and to the world. You do, however, need to be cognizant of our existence and value our unique worldview.

In the end, it all comes down to ableism. As I always say, there is a third ism eating away at our world alongside racism and sexism—yet society chooses to confront ableism far less than the other two. The thing is, abled privilege is very real, just as white privilege and male privilege are. It’s past time abled people wake up to it. Their hot takes aren’t the hottest. They don’t speak for us all—the tech commentariat needs to be more mindful of their privilege and open themselves up to alternate use cases.