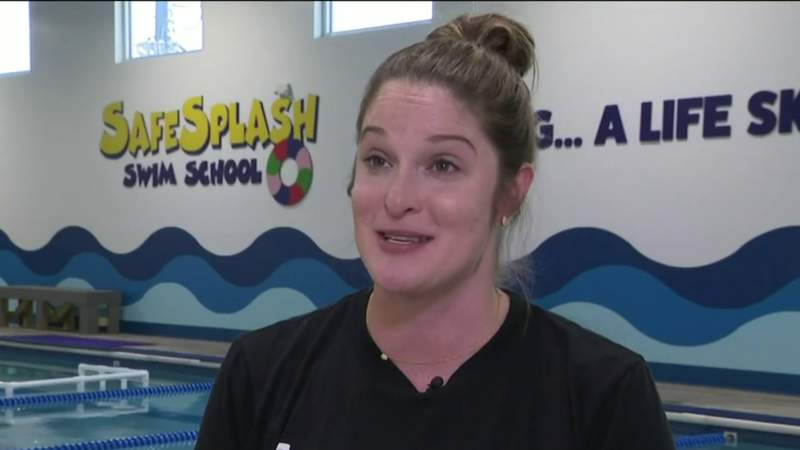 Houston – For Cypress native Cammile Adams swimming in the Olympic games was a lifelong dream come true. Adams competed for Team USA London in 2012 and then as co-captain in Rio in 2016. The memories remain strong.

“Being a part of the team and a part of the atmosphere and getting to put on the red, white, and blue,” Adams says of the honor of representing the U.S.

And although she retired in 2016 Adams is using the same drive that sent her to the Olympics to fuel a new passion. She is co-owner — along with her husband — of SafeSplash swim labs which teaches swimming to clients from as young as six-months up to seniors. They also have special needs classes.

“It really is my dream job,” Adams said. “I absolutely cannot imagine doing anything else.”

Adams was an educator for two years before opening her business. Combining her love of teaching and her competitive nature she says is a perfect combination. And she credits her drive as an Olympian with preparing her to be a business owner.

“Whether it’s getting up early, or what it’s like to get the job done, and staying motivated, time management,” she said. “All those types of things that I learned while I was swimming is something I put into my daily practice of owning my own business.”

And as far as business advice from a former world-class athlete? Adams said don’t be afraid to test the waters.