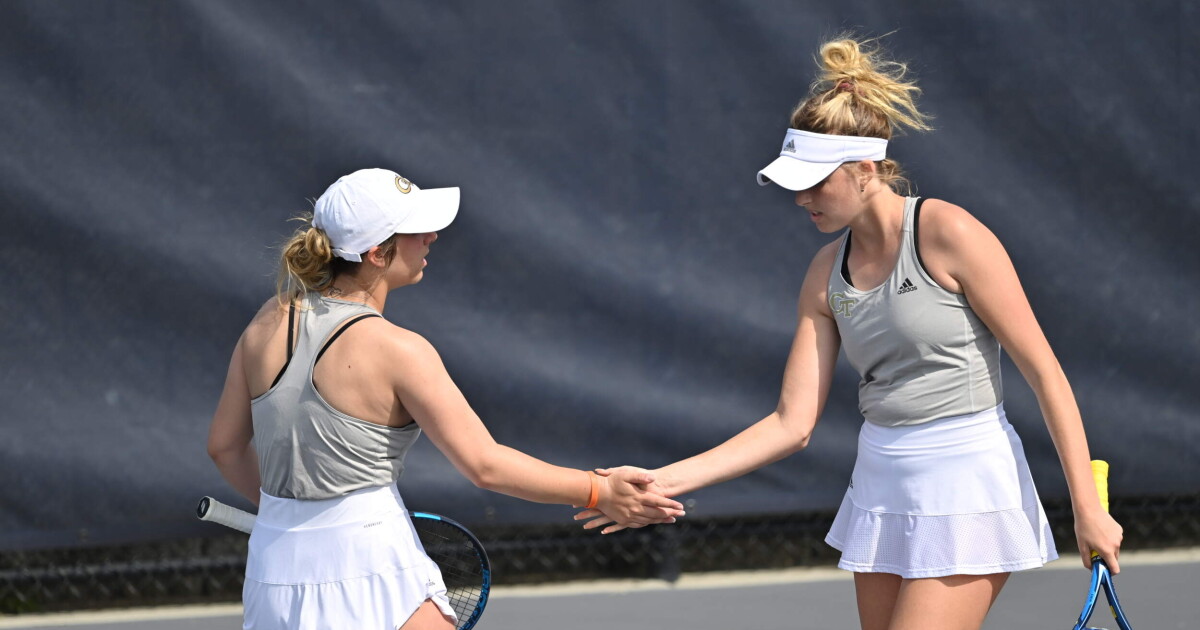 Georgia Tech’s second-ranked doubles team of Kenya Jones and Victoria Flores received a doubles bid, as did No. 17 Gia Cohen and Ava Hrastar. Jones and Flores will also compete in the singles draw.

The singles and doubles competition will take place May 23-28 at the USTA National Campus in Orlando, Fla., after the conclusion of the team championship, which runs May 16-22.

Jones, who is the No. 5 overall seed in the singles draw, has led the Jackets from the No. 1 singles position all season long and boasts a 17-8 overall record. She is 16-7 in dual match play at the top spot and went 9-2 against league opponents. Jones has spent the entire season ranked in the top 15 nationally, climbing as high as No. 2 on March 30. Jones will be making her second appearance in the singles championship and third in the doubles championship.

Flores will make her first appearances in the singles and doubles championship after leading the Jackets with an 18-6 overall singles mark. She picked up All-ACC second-team honors after going 8-5 against league opponents. Flores has led Tech mainly from the No. 2 singles position this season and currently ranks No. 20 nationally.

Sitting at No. 17 nationally, Tech’s doubles team of Hrastar and Cohen went 6-6 this season after partnering together for the first time in early March. The tandem broke into the national rankings after uprooting a current top-five team in the country in their first match together.

Georgia Tech will begin the team portion of the NCAA Championship this weekend, May 7-8, hosting Georgia Southern, North Florida and Ole Miss. The Jackets face GSU in first round action on Friday at 2 p.m. at the Ken Byers Tennis Complex.