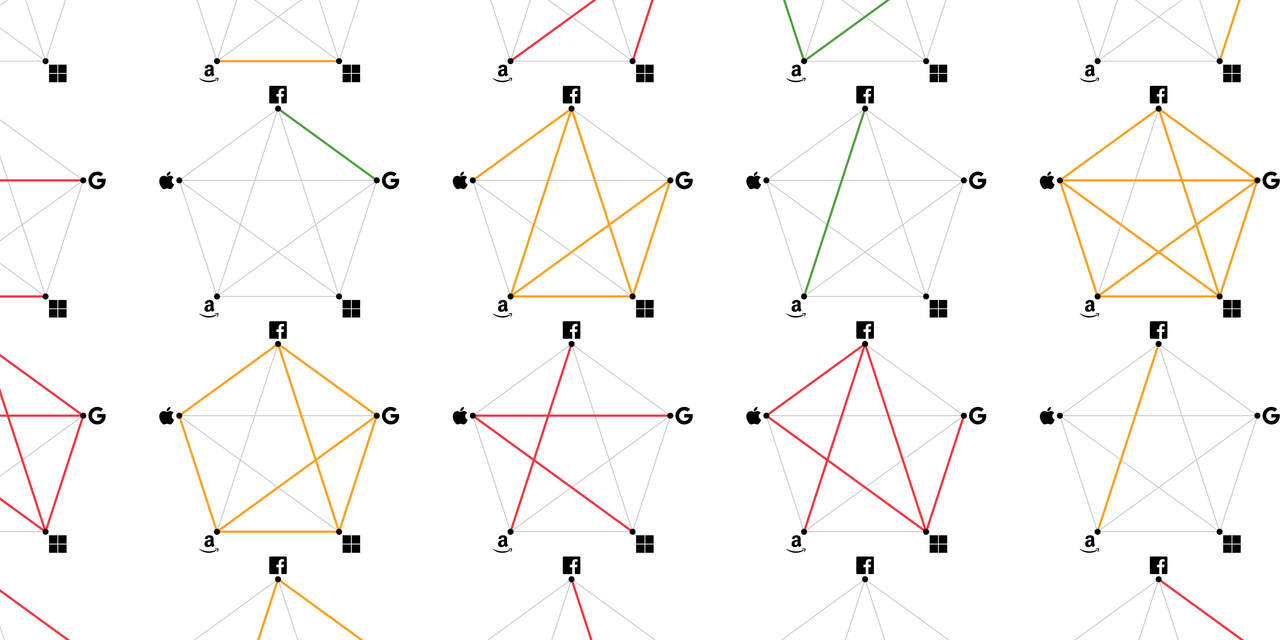 Once upon a time, Amazon . com Inc. only sold books, Apple Inc. sold computers, and Google was just a search engine. Those days are long gone, and each of those companies—as well as Microsoft Corp. and Facebook Inc. — has become a tech behemoth.

Big Tech’s critics say the industry’s giants wield too much power over the lives of internet users. The companies often argue in response that they face enormous competition, often from each other, and need to continue innovating to remain relevant.

The reality, as these charts show, is an interplay of collaboration and competition that helps to shape the extent and nature of Big Tech’s clout. And that interplay is evolving, as the companies increasingly encroach on one another’s turf to build and protect their dynasties.

Tech giants have both protected themselves against competitive threats and opened new battlefronts by using their size and resources to acquire smaller companies and talent to expand their product lines and services.

Although that growth has helped them become less reliant on partners, the shifting landscape has created some bitter rivalries. Facebook Chief Executive Mark Zuckerberg and Apple CEO Tim Cook have slammed each other in statements over issues ranging from data privacy to app marketplace fees. Google and Microsoft executives have recently traded barbs over their practices around hosting news content and paying publishers.