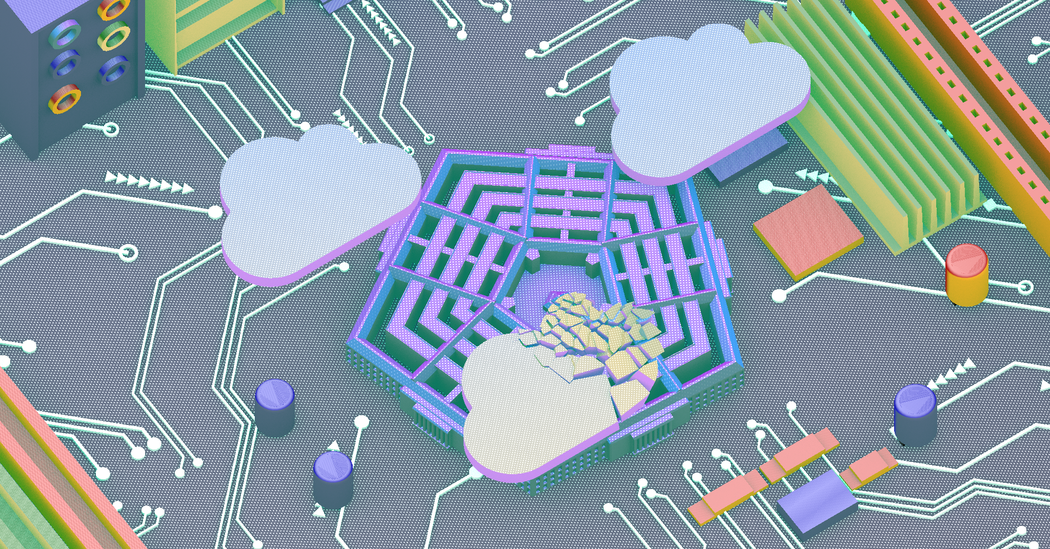 Seriously, the way that government agencies buy technology is helpful context to understand the Pentagon’s abrupt cancellation on Tuesday of a technology project that was billed as essential to modernize the U.S. military. When government tech goes wrong, one culprit is often a budgetary bureaucracy that is at odds with the pace of technological progress.

The Defense Department project, the Joint Enterprise Defense Infrastructure, known by the acronym JEDI like from “Star Wars,” was intended to buy commercially available cloud-computing software to put the U.S. military on tech’s new(-ish) wave. Microsoft was awarded the $10 billion contract in 2019, but it had been held up since then by accusations by Amazon that former President Donald J. Trump improperly interfered in the contract process.

Years of mudslinging by tech companies that felt they were unfairly passed over probably spelled doom for JEDI. This contract fight was unusually messy, but it also highlighted a deeper problem that has rendered a lot of government technology creaky and crummy: By the time a government agency buys something, the technology might be past its prime or not fit its needs anymore.

The Defense Department started drawing up plans for JEDI in 2017, and now it’s basically starting over by asking companies to submit new contract proposals.

Reading the news, I had a flashback to a conversation that I had last year with Robin Carnahan, who was recently confirmed as the administrator of the U.S. General Services Administration. “Stop thinking of digital infrastructure the way you would fund a bridge,” said Carnahan, who at the time was working with U.S. Digital Response, an organization that helps local governments modernize their technology.

What she meant is that local, state and federal governments typically pay for roadways or other big-ticket projects once after a long deliberation and then try not to think about it too much for the next few decades.

But this poses an inherent flaw in government purchasing when it comes to technology. Long government budget cycles and mind-sets are a mismatch to the pace of technology and its need for constant improvements and upkeep.

Carnahan gave me the example of a state buying software for its unemployment insurance program. To qualify, a company proposing the new software has to put together a proposal for the state’s department of labor, and then legislators must approve the money. That process might take two or three years.

That means by the time a company gets the green light to build a website to handle unemployment claims, the proposed technology is already several years old. Tack on even more time to get the website up and running to a state’s specifications. It’s not a great outcome. You wouldn’t be thrilled if you bought a new smartphone and it came with 2016 features and functions.

Byzantine bureaucracies and long lead times hold back technology outside of government, too. The lengthy development processes for cars is one reason in-vehicle entertainment and display systems are sometimes annoyingly clunky. By the time they make it into your pickup, the technology might have been designed years ago.

The sad thing about government technology is that it wasn’t always so sad. The United States government, especially the military and intelligence agencies, used to have the best technology in the world. The military helped steer the direction of innovations including computer chips, powerful databases and the internet.

Governments still spend a fortune on technology, but the first and best customers for new products are usually people rather than the public sector. One reason is that we don’t take years to make up our minds about new tech.

During a recent heat wave in British Columbia, a mama bear and her cubs took a dip in a backyard pool.