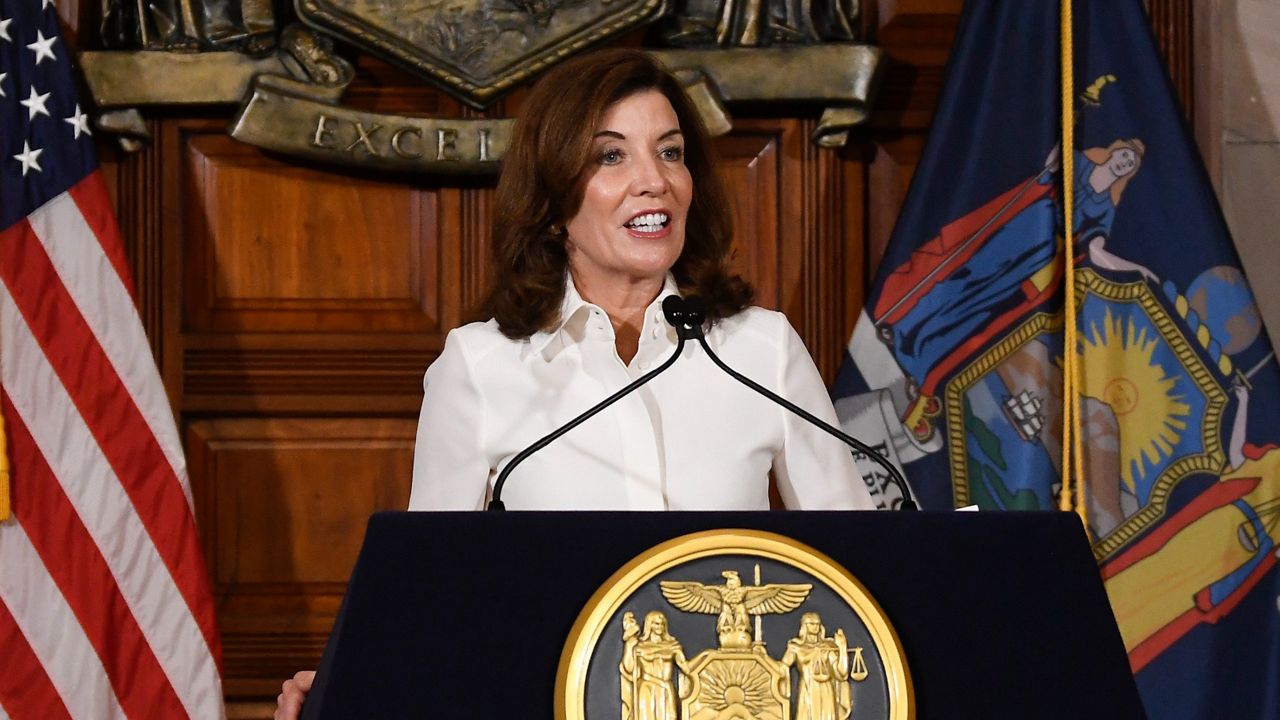 Gov. Kathy Hochul on Friday is set to address The Business Council of New York State at the organization’s annual retreat in Bolton Landing on Lake George, the group confirmed Tuesday.

This is Hochul’s first time addressing the organization as governor as business leaders in New York are set to meet over the next three days to discuss recovering from the COVID-19 pandemic.

“We are excited to host Governor Hochul at our annual meeting, where some of the state’s largest employers will benefit from hearing from our new governor and her vision for business in New York,” said Heather Briccetti, the president and CEO of The Business Council of New York State. “As lieutenant governor, Kathy Hochul was a good friend and ally. We are hopeful that the relationship continues as she leads the state and begins to shape policy that will impact the employers of New York State.”

Hochul was elevated to the governor’s office a month ago following the resignation of Gov. Andrew Cuomo and her approach to the pandemic has been closely watched. The new governor has said she wants to avoid the kind of restrictions and shutdowns on businesses and other public gatherings during the early months of the pandemic.

Most restrictions were lifted earlier this year. However, amid a spike in COVID cases this summer and hospitalizations, Hochul last month moved to tighten masking rules for schools and state office buildings.

At the same time, she has sought to boost vaccination rates in New York, though a mandate to have health care workers receive their shots has been challenged in federal court.

Meanwhile, state lawmakers at Hochul’s behest moved to extend a moratorium on evictions to Jan. 15 as the state works to move billons of dollars from an emergency relief program in an effort to make landlords who have not received rent from financially struggling tenants whole.