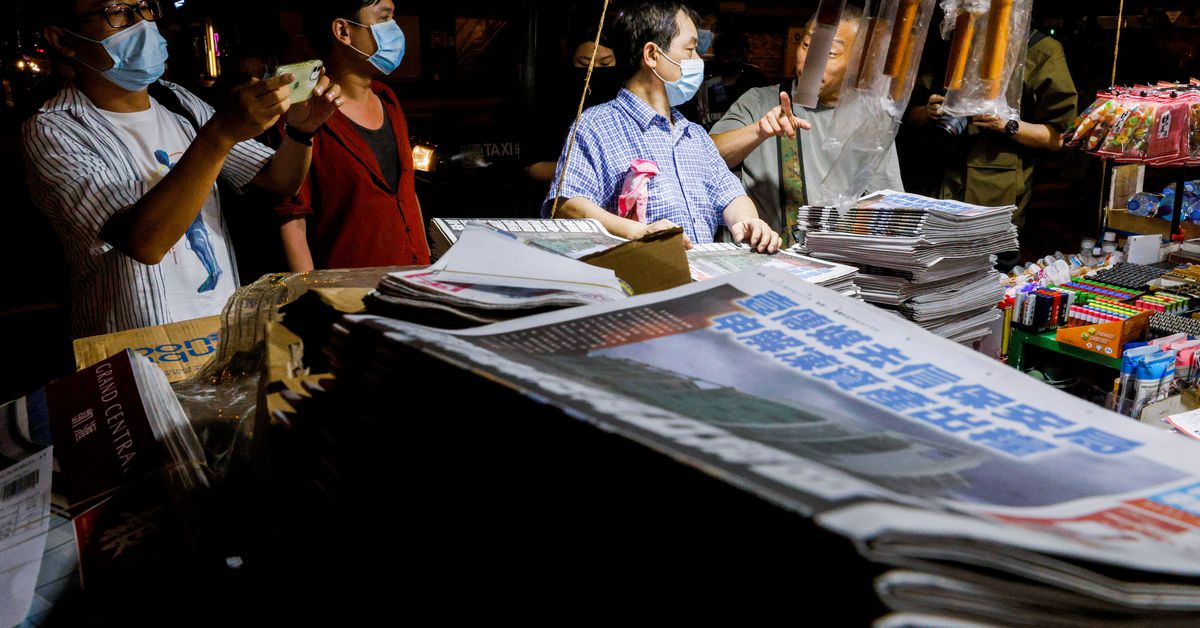 People discuss the news of the Apple Daily newspaper at a newspaper stall after it looked set to close for good by Saturday following police raids and the arrest of executives in Hong Kong, China June 22, 2021.

There are two causes for concern. First, the National Security Law appears to be being applied retroactively to articles and behaviour prior to its enactment. So while Hong Kong leader Carrie Lam’s administration may try to reassure about press freedom, it cannot credibly promise that future laws won’t punish behaviour that’s legal today. Second, crippling commercial sanctions – in the form of blocked bank accounts and frozen assets – are being imposed before verdicts have been reached.

In mainland China, Alibaba (9988.HK) founder Jack Ma may be “lying low” now, but it hasn’t stopped the companies he founded from being punished for things he said. The Apple Daily crackdown is bad news for the entire business community. (By Pete Sweeney)

Netflix reaches for the moon with movie deal read more

SPACs fake it till they make it read more