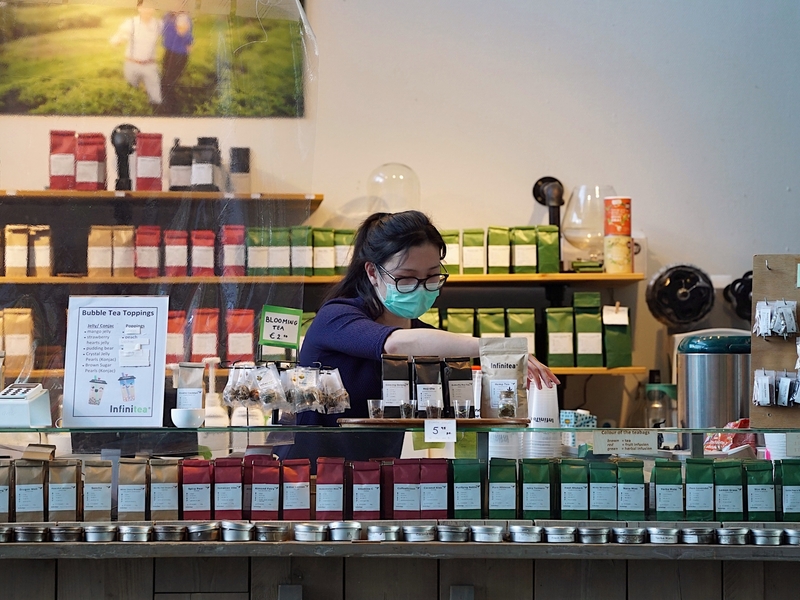 A new state aid program aimed at small companies, called the Back to Business Grant Program, has begun taking applications from firms that in most cases still haven’t gotten back close to their pre-pandemic revenue totals.

Back to Business, administered by the Illinois Department of Commerce & Economic Opportunity, has set aside $250 million for small businesses with less than $20 million in sales in 2019. The application phase started this month and is slated to run until mid-October through the agency’s grant administrator, Allies for Community Business. The program is a key component in Gov. J.B. Pritzker’s $1.5 billion economic recovery program funded by the American Recovery Plan Act.

A year ago the state allocated $290 million to more than 9,000 companies (out of 40,000 that applied) in its early-phase Business Interruption Grant program. “Last year was a success. The response we got to BIG was huge,” says Sylvia Garcia, acting director of the IDCEO. “But the need is still there. We’re moving now from emergency response mode to economic recovery. Small business is the lifeblood of our state economy, and we know many small companies were hardest hit in the covid pandemic.”

Business owners will be required to file tax returns and bank statements and up-to-date information about their business expenses in their applications. Not everybody has an equal shot at the grant money—the state is giving priority to hardest hit sectors, such as the performing arts, retail, home health care, gyms and fitness centers and even barbershops and salon services. Minority applicants also land on the priority list.

Recipients of BIG money last year admit that the state funds along with other government assistance helped keep them solvent. Anthony Waller, owner of Catering Out the Box in Chicago, saw his revenues nosedive 75 percent in 2020 when orders for food and beverage from such clients as the University of Chicago, Rush University Medical Center and other institutions came to a standstill. He received $25,000 in BIG money along with a $160,000 grant through the Restaurant Revitalization Fund sponsored by the U.S. Small Business Administration.

In good times in 2019 Mr. Waller, who is African-American, had 75 employees at his catering business. The total is under 10 today, and his revenues are still down 50 percent from 2019 levels. He expects to ask for a new grant from the Back to Business Program. “The money we got last year was significant in allowing us to pay our rent and pay our vendors and cover our fixed costs,” Waller says. “A year ago I saw some competitors twice my size fold up. The pandemic has been hard on catering and the whole hospitality industry. And my costs keep rising: a few years ago I paid $12 an hour for a dishwasher. Today a dishwasher is earning $20 an hour. Without this state money I’d be out of business by now.”

Two years ago business was humming at Saigon Sisters, a Vietnamese restaurant concept with three locations around the Loop. Owner Mary Aregoni was even looking around for a fourth location. Then covid hit and her sales plummeted 70 percent all at once, forcing her to suspend operations at the French Market inside the Ogilvie Transportation Center for a time.

Aregoni, a refugee who escaped from Vietnam via Laos in 1976, got a $60,000 BIG award along with $100,000 in Paycheck Protection Program funds from the SBA last year, along with rent abatements from her landlords. Her staff was reduced from 25 to 10 people. Sales today are still down 40 percent from 2019 levels.

“I’m not nearly back yet,” Aregoni, who got her application into the IDCEO for a new grant on opening day, says “At the French Market, which depends on train commuters and office workers in that building, we once had 300 customers a day. It’s less than 100 now on most days. Without the state grant money I very likely would have closed up one or two of my restaurants and been forced to take out a home equity loan to keep what was left running.”

She adds that current sales “are trending up, which is encouraging. But taxes and rent are both still too high.”

The state is offering more than 100 so-called community navigators—mostly non-profits ranging from the Little Village Chamber of Commerce to the Calumet Area Industrial Commission on the South Side—for assistance in filling out applications. But Aregoni says the process is easy and she doesn’t require help. “I like to control the application process,” she says.

Can the state spend all of the $250 million allocated for Back to Business? Director Garcia sees no shortage of need. “I believe there is enough demand to spend down all that money,” she says.