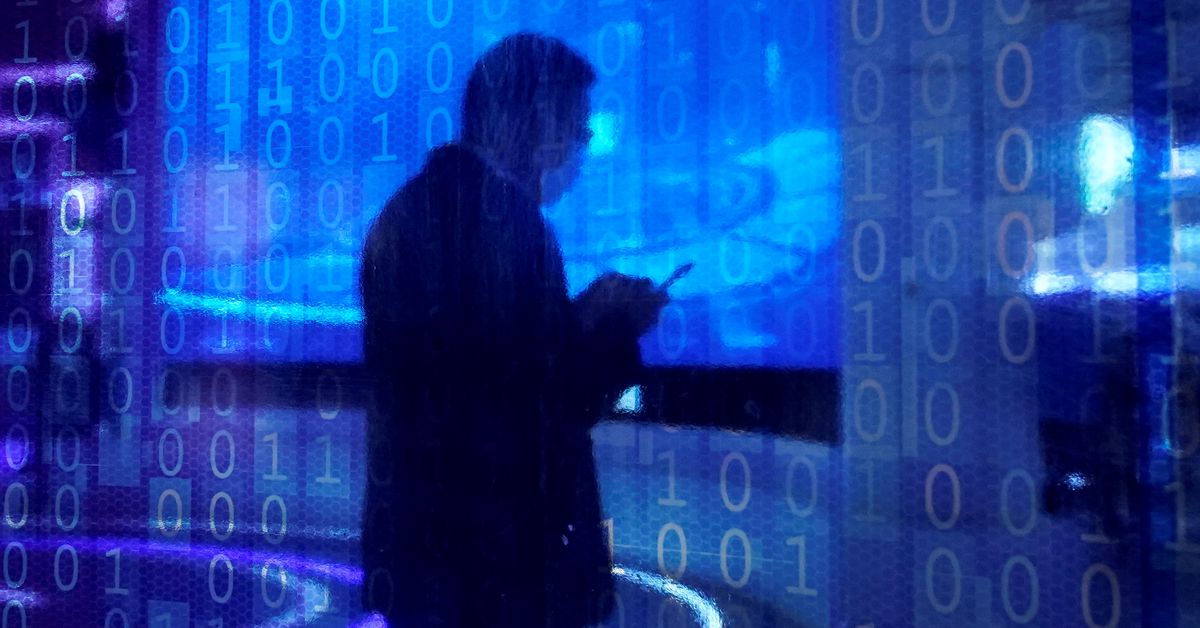 A man looking at a phone is seen through a digitally decorated glass during the World Internet Conference (WIC) in Wuzhen, Zhejiang province, China, November 23, 2020. REUTERS/Aly Song/File Photo

BEIJING, Sept 13 (Reuters) – China fired a fresh regulatory shot at its tech giants on Monday, telling them to end a long-standing practice of blocking each other’s links on their sites or face consequences.

The comments, made by the Ministry of Industry and Information Technology (MIIT) at a news briefing, mark the latest step in Beijing’s broad regulatory crackdown that has ensnared sectors from technology to education and property and wiped billions of dollars off the market value of some of the country’s largest companies.

China’s internet is dominated by a handful of technology giants which have historically blocked links and services by rivals on their platforms.

Restricting normal access to internet links without proper reason “affects the user experience, damages the rights of users and disrupts market order,” said MIIT spokesperson Zhao Zhiguo, adding that the ministry had received reports and complaints from users since it launched a review of industry practices in July.

“At present we are guiding relevant companies to carry out self-examination and rectification,” he said, citing instant messaging platforms as one of the first areas they were targeting.

He did not specify what the consequences would be for companies that failed to abide by the new guidelines.

The MIIT did not name any companies, but the 21st Century Business Herald newspaper reported on Saturday that Alibaba Group Holding Ltd and Tencent Holdings Ltd were among the firms told to end the practice by an unspecified time last week.

The practice targeted by the MIIT is common.

In other cases, Alibaba’s Taobao and Tmall e-commerce marketplaces do not allow Tencent’s payment service WeChat Pay to be used as a payment option.

Tencent said it supported the MIIT’s guidance and would make the necessary changes in phases. Alibaba said it would comply with the MIIT requirements and “looked forward to finding common ground with other platforms.”

ByteDance “called on all Internet platforms to take action, not make excuses, clarify timetables and actively implement them to provide users with a safe, reliable and convenient network,” it said in a statement.

“In the short term, all eyes will be on Tencent as it comes to grips with what it means to open WeChat to Alibaba and ByteDance,” he said.

The MIIT also said on Monday that China had “too many” electric vehicle (EV) makers and the government would encourage consolidation.