Indian tech braces for its second coming of age – Reuters 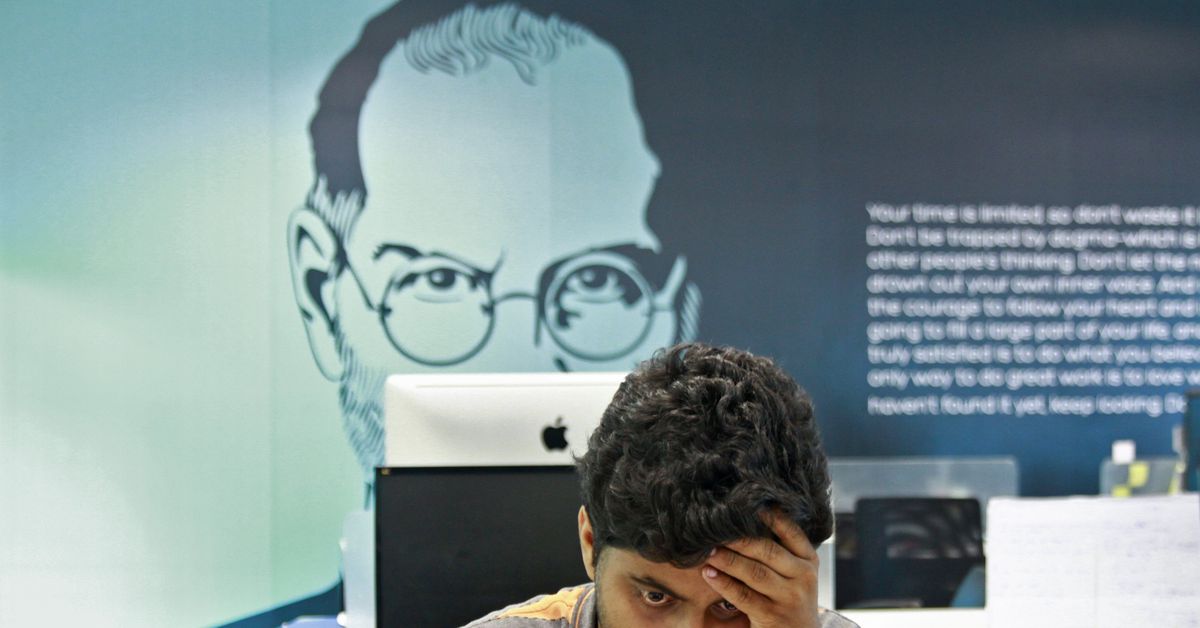 An employee works on a computer terminal against the backdrop of a picture of late Apple co-founder Steve Jobs at the Start-up Village in Kinfra High Tech Park in the southern Indian city of Kochi October 13, 2012. REUTERS/Sivaram V

The rise of Indian outsourcers such as Tata Consultancy Services (TCS.NS) in the 1990s defined the first golden age. Today, the country is home to about 100 unicorns – unlisted, mostly young tech companies valued at $1 billion or more – Credit Suisse estimates. Biggies include Walmart-owned (WMT.N) e-tailer Flipkart, which is raising funds at a mooted $40 billion valuation and eyeing a listing in New York over the next year or so.

Those offering their shares at home including loss-making Zomato and online beauty store Nykaa will help reshape a $2.9 trillion equity market. To date, India’s most richly valued stocks include HDFC Bank (HDBK.NS) and consumer goods company Hindustan Unilever (HLL.NS). Just two firms in the benchmark Nifty 50 Index have negative earnings per share, according to Refinitiv. The new issues will add froth and red ink to the market.

The tailwinds are strong, though. Mobile data in India is amongst the cheapest in the world; credit goes to Mukesh Ambani whose Reliance Industries (RELI.NS) led a bruising price war. Sending digital money is easy thanks to official efforts to roll out bank accounts and a biometric identity system for all. Financial technology upstarts like Paytm, which is planning a mooted $3 billion float this year, have capitalised on the country’s pioneering payments system.

New barriers to inbound Chinese investment adds an extra incentive to list. Jack Ma’s Ant, for example, owns a 30% and 17% stake in Paytm and Zomato respectively. As tensions between New Delhi and Beijing simmer, such funding sources look harder to tap and unattractive. For Paytm, the expectation of an exit sooner rather than later by its Chinese backers will create a potential hefty overhang on its stock.

Fortunately, Indian startups are already maturing. Since 2019, top Indian tech investor SoftBank (9984.T) has deployed its capital judiciously, forcing companies to focus on their bottom line. The pandemic helped others to trim subsidies too. Those that enter the public limelight will all be degrees of hot.

– Financial technology startup Paytm is aiming to raise about $3 billion in an IPO late this year targeting a valuation of up to $30 billion, Bloomberg reported on May 27 citing a person familiar with the matter.