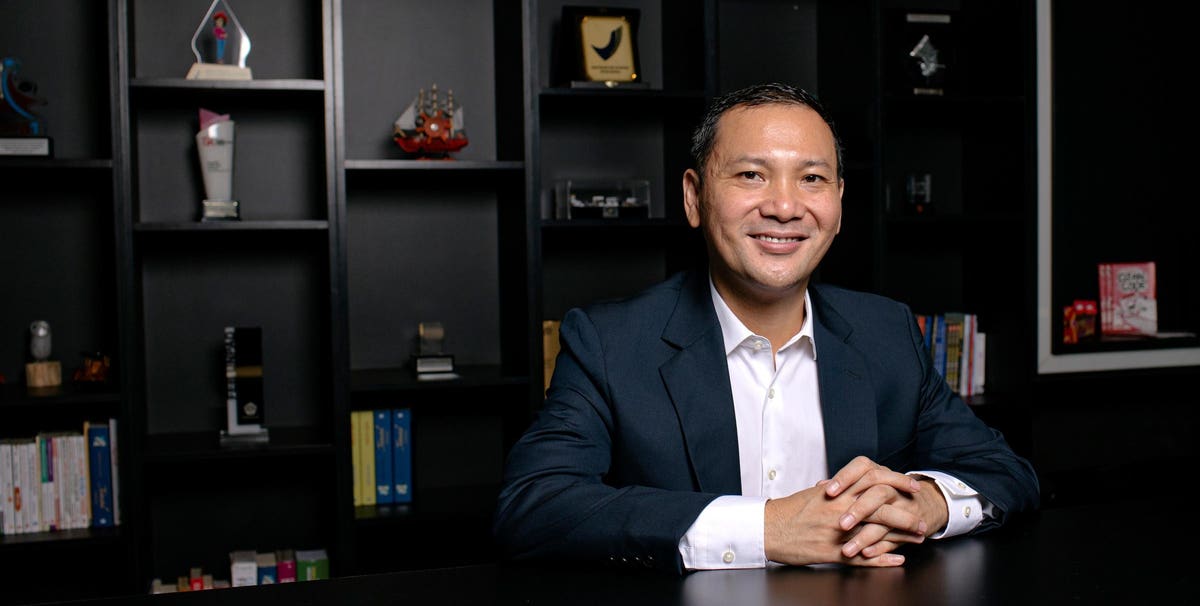 Bukalapak is set to become Indonesia’s first tech unicorn to list on its stock exchange, but profitability is still nowhere in sight.

Rachmat Kaimuddin’s promotion to CEO of e-commerce firm Bukalapak early last year came as a surprise to many—including himself. The former financier was tapped for the job because the company’s investors saw him as the right person to staunch the flow of red ink and put the 11-year-old firm on a path of profitability.

But just two months into his tenure, everything changed. The pandemic began to spread through Indonesia, and the company’s 2,000-plus employees turned to their new chief executive looking for answers.

“For most of my colleagues, the Covid-19 pandemic is probably the first real crisis that they had to face in their adult life,” says Kaimuddin, who at age 42 feels like a “gray-hair” among Bukalapak’s ranks of youthful tech workers. But having more “life experience,” as he puts it, allows him to speak with greater authority and give his colleagues some hope.

The majority of Bukalapak’s employees were not yet born during the Asian financial crisis in 1997, and too young to remember much from the global financial crisis in 2008, he says. Kaimuddin, on the other hand, vividly recalls Lehman Brothers’ collapse and other events from the financial meltdown, which unfolded shortly after he received an M.B.A. from Stanford University and began working at a private equity firm. It was a bad time to be starting a new job in finance.

Today, however, he points to that experience and tells his colleagues, “We’ve seen these cycles before…Regardless of how bad it is, as long as we survive, this too will pass,” Kaimuddin says, referring both to the company’s survival and its workforce.

Indonesia has been hit particularly hard by the pandemic. The Health Ministry has recorded almost 3 million confirmed cases so far, and the country has recently been reporting more daily infections than India and Brazil.

In spite of all this, Kaimuddin, to his credit, appears to have Bukalapak heading in the right direction. The online marketplace was able to continue operating as transactions soared during lockdowns that required all but a “skeleton crew” of Bukalapak’s employees to work from home.  And now the company is set to become the first Indonesian tech unicorn to list on the country’s stock exchange.

Bukalapak raised $1.5 billion in Indonesia’s largest-ever initial public offering, according to Reuters. Bukalapak reportedly priced its shares at 850 rupiah (5.9 cents) each, the top of its indicative range, giving the company a valuation of about $6 billion. It’s due to begin trading on August 6.

“We have been very positively surprised with the momentum and the level of interest from both domestic and international investors,” says Alvin Sariaatmadja, president director of Emtek, the largest shareholder of Bukalapak, adding that he hopes the company will become the “bellwether” for future share sales by other local tech firms.

Bukalapak revenue jumped 25.5% last year to 1.35 trillion rupiah ($93 million1), but the company’s losses show little sign of abating in the foreseeable future. The e-commerce firm posted a net loss of $93 million1 in 2020, which it attributed to significant sales and promotion costs to attract users to its marketplace. And although its loss narrowed by 51.7% from 2019, its prospectus says it might not reach profitability in the near future as the company would continue to expand its offerings and marketing efforts.

Some analysts say the firm’s valuation looks too pricey. “Bukalapak’s market share in Indonesia’s e-commerce field does not justify its IPO valuation,” Bloomberg Intelligence analysts Nathan Naidu and Matthew Kanterman said in a recent report. The company was the third largest player after local rival Tokopedia and Sea Ltd.’s Shopee in the first quarter of 2021 based on monthly web visits, according to data from market researcher iPrice. Yet, Bukalapak’s enterprise value-to-forward-GMV (gross merchandise value) has a ratio of 1.5 times, higher than that of Tokopedia’s 0.5 times, the analysts pointed out in their report. “Huge investor appetite for Southeast Asian tech, amid a lack of publicly listed alternatives, may back Bukalapak’s price tag,” they added.

The IPO will bolster Bukalapak’s war chest as it battles for a bigger share of Indonesia’s rapidly growing internet economy. The recently merged tech giant GoTo, Shopee and Alibaba’s Lazada are pitted against Bukalapak in an e-commerce market that grew 54% in 2020, reaching $32 billion in GMV, according to a joint report by Google, Temasek and consultancy Bain. The same report also projects that Indonesia’s GMV could rise to $83 billion in 2025.

“The e-commerce war is very intense,” says Sariaatmadja. In Indonesia’s larger cities, the “competition for eyeballs” is mainly driven by discounts and promotions that burn capital. But in the smaller cities, it’s driven by efficient execution at the ground level.

“Regardless of how bad it is, as long as we survive, this too will pass.”

Bukalapak says it now has 104.9 million registered users, 70% of which come from outside of the sprawling archipelago’s largest cities.

Translated as “opening a stall” in Bahasa, Bukalapak began as an Amazon-like online bazaar in 2010, after the company’s cofounder Achmad Zaky realized on a visit to his hometown that he could help the mom-and-pop shops, or warungs, to improve their sales by selling their wares online. The then-23-year-old student teamed up with fellow classmates Nugroho Herucahyono and Fajrin Rasyid to build Bukalapak’s website with about $5 in capital.

In 2017, Bukalapak launched its online-to-offline (O2O) business. The platform, called Mitra Bukalapak, enables warungs to offer virtual products to customers who aren’t connected to the internet. It also helps store owners to replenish their stocks by linking them with consumer goods distributors.

“We don’t say that we are only going to play O2O or only going to do e-commerce,” says Kaimuddin. “We want to become an all-commerce company.”

Kaimuddin and his team used to visit warungs across the country in-person to understand their needs. When the pandemic hit, they shifted the meetings online and quickly turned out videos in multiple local dialects to teach the shopkeepers how to handle business safely.

Zaky was not only a cofounder but also the chief executive for Bukalapak’s first decade of existence. He was seen by many as one of Indonesia’s most successful entrepreneurs for leading Bukalapak from its humble beginnings to become one of the country’s largest e-commerce firms.

But years of chasing rapid growth had resulted in years of losses. The company reportedly laid off roughly 10% of its workforce in 2019 as part of its drive to improve efficiency.

Earlier that same year, Zaky sparked an online backlash against Bukalapak when he made comments critical of President Joko Widodo’s efforts to develop the country’s tech sector. The controversy was assuaged only after Widodo urged the public not to uninstall the app.

Zaky helped with the choice of Kaimuddin as his replacement in 2020. In the months after Zaky stepped down as CEO, cofounders Herucahyono and Rasyid also left their respective roles. After the IPO, Zaky’s 4.3% stake in Bukalapak will be worth about $260 million. He continues to act as an adviser to Bukalapak and cofounded the investment firm Init 6.

“It’s pretty big shoes to fill,” Kaimuddin admits. Bukalapak, after all, was one of the pioneers of Indonesia’s tech sector.

Kaimuddin most recently served as the director for finance and planning at Bank Bukopin. He started his career as a senior associate at the Boston Consulting Group, and held various roles at a handful of investment firms. Kaimuddin obtained his bachelor’s degree in engineering from the Massachusetts Institute of Technology, and now he says fintech products that help expand Indonesia’s financial inclusion are “close to his heart.”

For now, Bukalapak’s strategy is to continue its transformation into an all-commerce platform through partnerships with companies that can offer complimentary services like financial transactions or logistics.

“We want to stay light and stay nimble, move very, very quickly, but utilize our ecosystem to provide all these services,” Kaimuddin says.