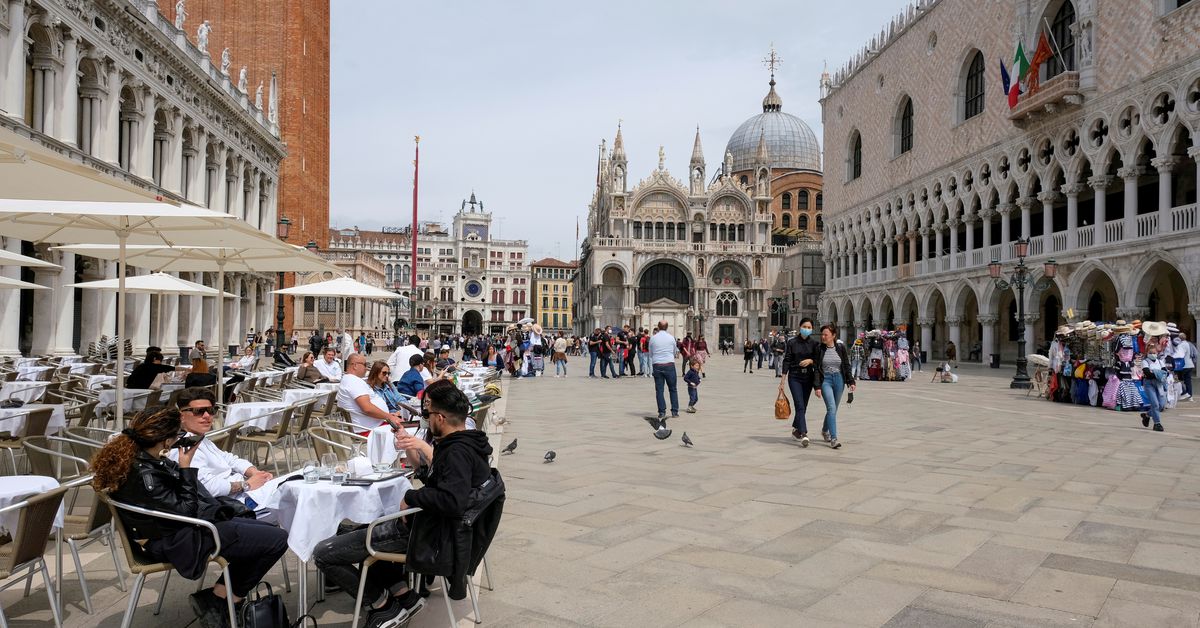 ROME, Oct 16 (Reuters) – Italy’s business lobby Confindustria said on Saturday the country’s growth this year would be more robust than expected, mainly due to a more contained impact of the COVID-19 Delta variant and stronger-than-expected economic indicators.

In a report, the association’s research unit CSC forecast gross domestic product (GDP) would rise 6.1% this year and 4.1% next year, going above pre-pandemic levels in the first half of 2022.

Its forecasts for this year are now just above the 6% expected by the national unity government lead by Mario Draghi.

Last year the COVID-hit economy contracted by 8.9%, the steepest recession in Italy’s post-war history. The firm pick-up now in place is seen resulting in lower-than-expected public deficit and debt ratios this year.

The CSC report cautioned that, starting from the last quarter of this year, GDP growth would have a more “moderate profile”.

It said that its estimates took into account Italy’s multi-billion euro recovery plan, partly funded by the European Union.

It added that, despite the “positive perspectives”, the forecasts had downside risks that were linked to the possibility of new COVID-19 restrictions, the lack of raw materials that could bog down production and more structural inflation.

Confindustria President Carlo Bonomi said that recovery was well underway but that it was important to “keep the guard up”.