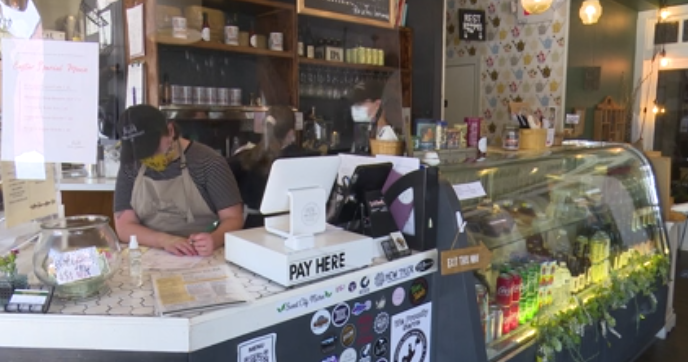 HUNTSVILLE, Ala. – Women’s History Month is coming to a close, but Tuesday the cities of Huntsville and Madison sent it off with Women-owned Business Day.

Huntsville-Madison County Chamber of Commerce’s Pammie Jimmar said the number of women-owned businesses involved with the chamber is growing every year.

“Out of over 1,900 of our members, our membership, 6.2% of those businesses are owned by women,” Vice President of Small Business Jimmar said.

One of those businesses is Good Company Cafe on Memorial Parkway in Huntsville. Co-owners Angela Ozbolt and Molly Jones started the business three years ago.

They met in culinary school, each going their separate ways to careers, only to meet back up a few years ago, combining their passion for food and starting the cafe.

“We had just seen each other and started talking about things that we noticed in the places that we worked as women in a male-dominated industry,” Ozbolt said.

They said while they both knew what they were getting into, they did say there are challenges being a woman in the industry, so when they branched off, they made their slogan ‘women owned, chef driven.’

“A lot of times, and [Ozbolt and I] were just talking about this, if a delivery man comes in he automatically gives the paper to a man, and we just laugh about it now, like ‘joke’s on you,” Jones said.

But taking pride in being woman-owned is only part of the reason they carefully selected their slogan.

“It’s equally if not more important to us that we have good chefs here and that our food is at the highest quality we can possibly have,” Jones said.

They also said letting folks know they are women owned, gives a personable feel, further reminding that they are a locally owned small business. The owners did say being recognized on Women-Owned Business Day was a great feeling, but having customers support small businesses year-round is even better.

“We really want it to be something people remember all throughout the year and turn up to support us just like any other business,” Ozbolt said.