THE FLATS – Looking for its third victory of the fall and the history of its annual home event, Georgia Tech’s 13th-ranked golf team returns to action this weekend, hosting the 15th Golf Club of Georgia Collegiate tournament Friday through Sunday at the Golf Club of Georgia in Alpharetta.

The Yellow Jackets have won twice in three chances this fall, capturing their fall opener at the Maui Jim Intercollegiate in mid-September out in Arizona, and earning a share of the title at the Hamptons Intercollegiate with Virginia and Northwestern in early October. In between, Tech finished fifth last week at the Windon Memorial Classic. Tech is ranked No. 13 this week in the Golfstat rankings, and 15th in the Golfweek/Sagarin Index.

TOURNAMENT INFORMATION – The Golf Club of Georgia Collegiate, formerly called the United States Collegiate Championship, is contested at the Yellow Jackets’ home club. The tournament will be played exclusively on the 7,092-yard, par 72 Lakeside Course, 18 holes each day Friday through Sunday. Competition begins at 9 a.m. Friday and Saturday, and at 8:30 a.m. Sunday. Admission is free.

The event annually attracts one of the strongest fields in college golf, and this year it is as strong as ever with seven NCAA championship teams from last spring, including defending NCAA Champion Pepperdine, Clemson, East Tennessee State, TCU, Tennessee and Wake Forest as well as the Yellow Jackets.

Among the individuals, the field includes the nation’s top-ranked individual in Virginia’s Chris Fosdick and 14 others ranked among the top 50 in the most recent Golfstat rankings.

Tech is paired with Clemson and Stanford for Friday’s opening round, and with Pepperdine and Tennessee for Saturday’s second round. Pairings for the Sunday’s final round will be set based on the leaderboard through the conclusion of 36 holes.

TECH’S GOLF CLUB OF GEORGIA COLLEGIATE HISTORY – Georgia Tech has won the Golf Club of Georgia Collegiate twice in the event’s 14-year history, in 2010 and 2012. James White, who set tournament records for 18-hole score (62) and 54-hole score (204, broken in 2014), won medalist honors in 2010, while Ollie Schniederjans won it in 2013 for Tech’s only individual titles.

The Yellow Jackets finished 10th in 2019, and have finished out of the top five just three times in 14 years. 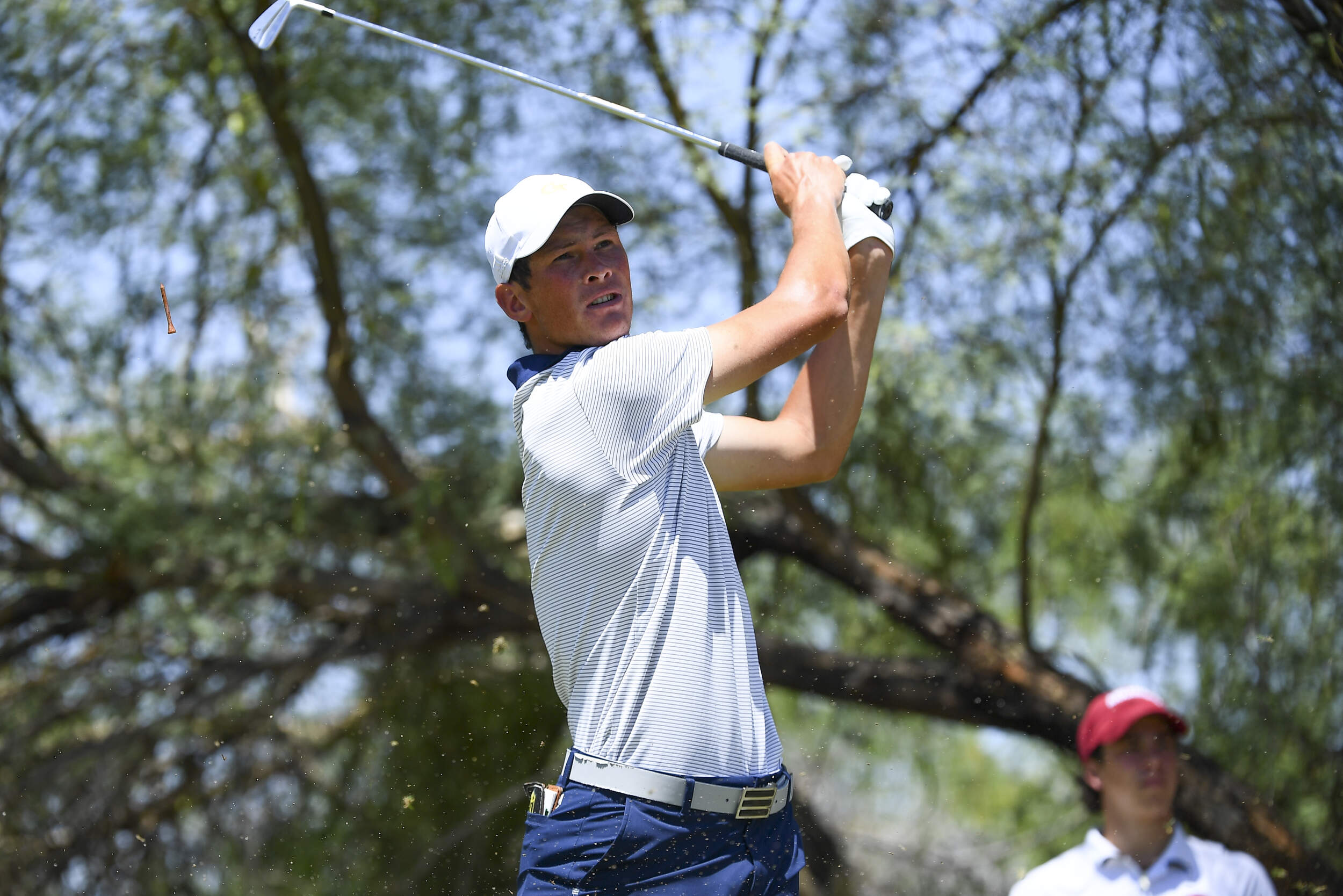 Christo Lamprecht is the Yellow Jackets’ highest-ranked player at No. 37 in this week’s Golfstat rankings.

TEAM UPDATE – The core group that led Georgia Tech to a 15th-place finish in last year’s NCAA Championship – senior Ben Smith (Novi, Mich.), juniors Connor Howe (Ogden, Utah) and Bartley Forrester (Gainesville, Ga.) and sophomore Christo Lamprecht (George, South Africa) – have played in all three of the Yellow Jackets’ tournaments this fall along with Ross Steelman (Columbia, Mo.), a transfer from Missouri who reached the quarterfinals of the 2021 U.S. Amateur.

Tech comes in at No. 13 in the current Golfstat rankings and No. 15 in the Golfweek/Sagarin Index on the strength of victories at the Maui Jim Intercollegiate and Hamptons Intercollegiate, and a fifth-place finish at the Windon Memorial Classic.

Lamprecht (No. 37), Howe (No. 64), Steelman (No. 133) and Forrester (No. 145) are all listed among the nation’s top 150 players by Golfstat, each with a pair of top-10 finishes, and are a part of the Tech lineup this week along with freshman Benjamin Reuter (Naarden, The Netherlands), who has played in three events. 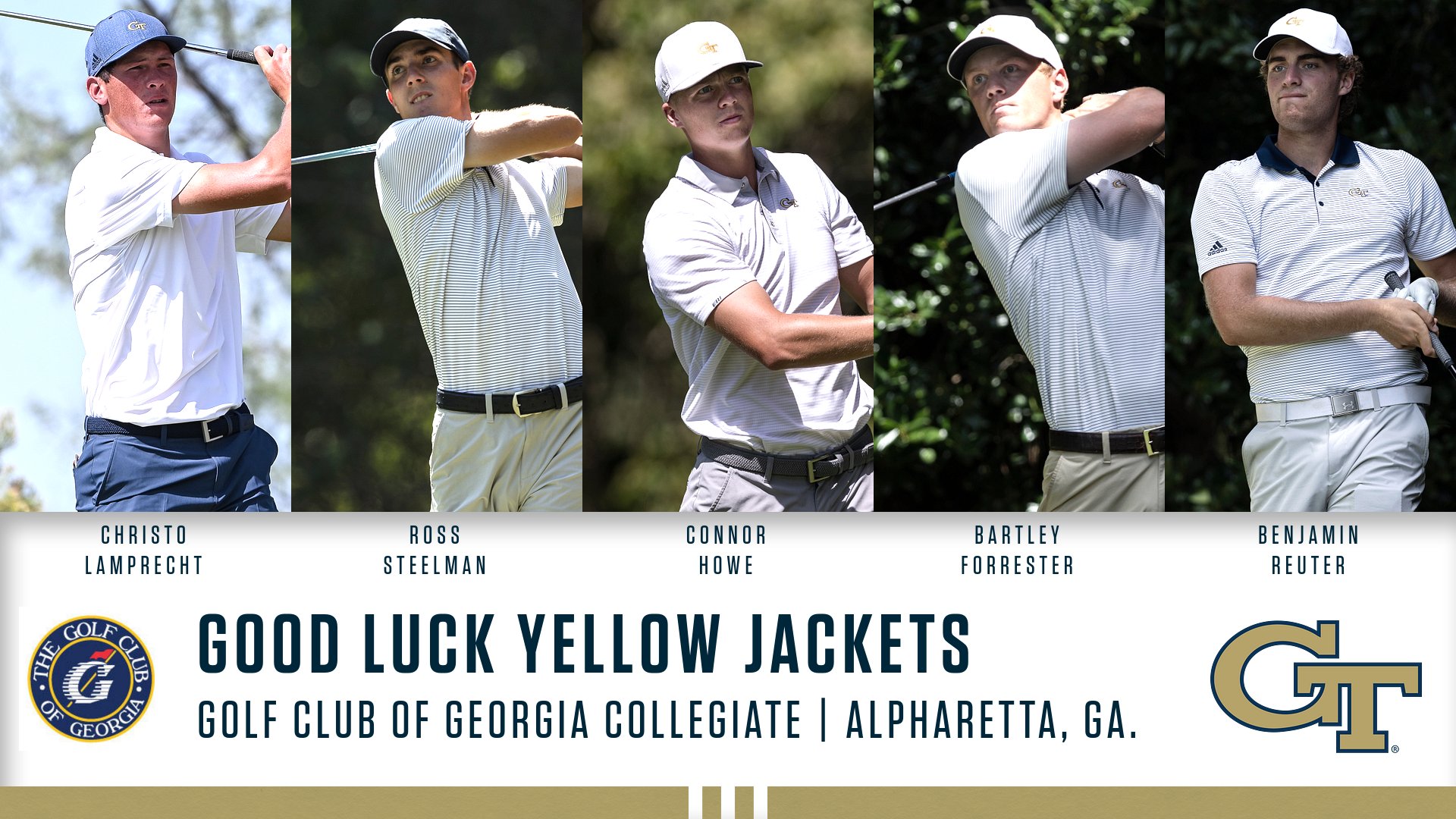 Christo Lamprecht (Sophomore, George, South Africa) – Tallest player ever in Tech program at 6-foot-8 … Runner-up at the Maui Jim Intercollegiate with a program-record 54-hole score of 194 (-16), tied for 10th at the Windon Memorial and 14th at the Hamptons Intercollegiate … Leads the Jackets in stroke average at 69.22 …  Currently Tech’s highest ranked player at No. 37 in Golfstat and No. 57 in the Golfweek/Sagarin Index … No. 113 in the World Amateur Golf Ranking.

Ross Steelman (Junior, Columbia, Mo.) – Tied for ninth place at the Maui Jim Intercollegiate and was runner-up at the Hamptons Intercollegiate … Currently ranked No. 133 in Golfstat and No. 79 in the Golfweek/Sagarin Index, No. 60 in the World Amateur Golf Ranking … Second-best stroke average on the team at 79.78 … Second-team All-Southeastern Conference last spring, ranked No. 28 national ranking in Golfstat … Tied for third at the NCAA Noblesville Regional … Reached the quarterfinals of the U.S. Amateur last summer … T-3 at the Monroe Invitational, T-11 at the Northeast Amateur

Connor Howe (Junior, Ogden, Utah) – Ranks No. 74 in the PGA Tour University ranking, No. 64 in Golfstat and No. 90 in the Golfweek/Sagarin Index … Tied for 7th at the Windon Memorial Classic and the Hamptons Intercollegiate, and tied for 19th at the Maui Jim Intercollegiate … Stroke average of 68.89 is No. 3 on the team … T-5 at the Southern Amateur, T-7 at the Monroe Invitational and T-11 at the Dogwood Invitational in the summer.

Bartley Forrester (Junior, Gainesville, Ga.) – Tied for sixth place at the Maui Jim Intercollegiate competing as an amateur (63 in the final round) and seventh at the Hamptons Intercollegiate … No. 145 in the Golfstat ranking and No. 130 in the Golfweek/Sagarin Index … Qualified for the 2021 U.S. Amateur and posted a T-20 at the Monroe Invitational last summer … High finish last spring was T-18 at the Amer Ari Intercollegiate … Co-medalist the 2020 Puerto Rico Classic.

Benjamin Reuter (Freshman, Naarden, The Netherlands) – Played twice this fall, tying for 21st most recently at the Hamptons Intercollegiate … Tied for 64th at the Maui Jim Intercollegiate … Won the Dutch National Championship and reached match play at the U.S. Junior Amateur last summer … Ranked No. 221 in World Amateur Golf Ranking, No. 100 in European Golf Ranking 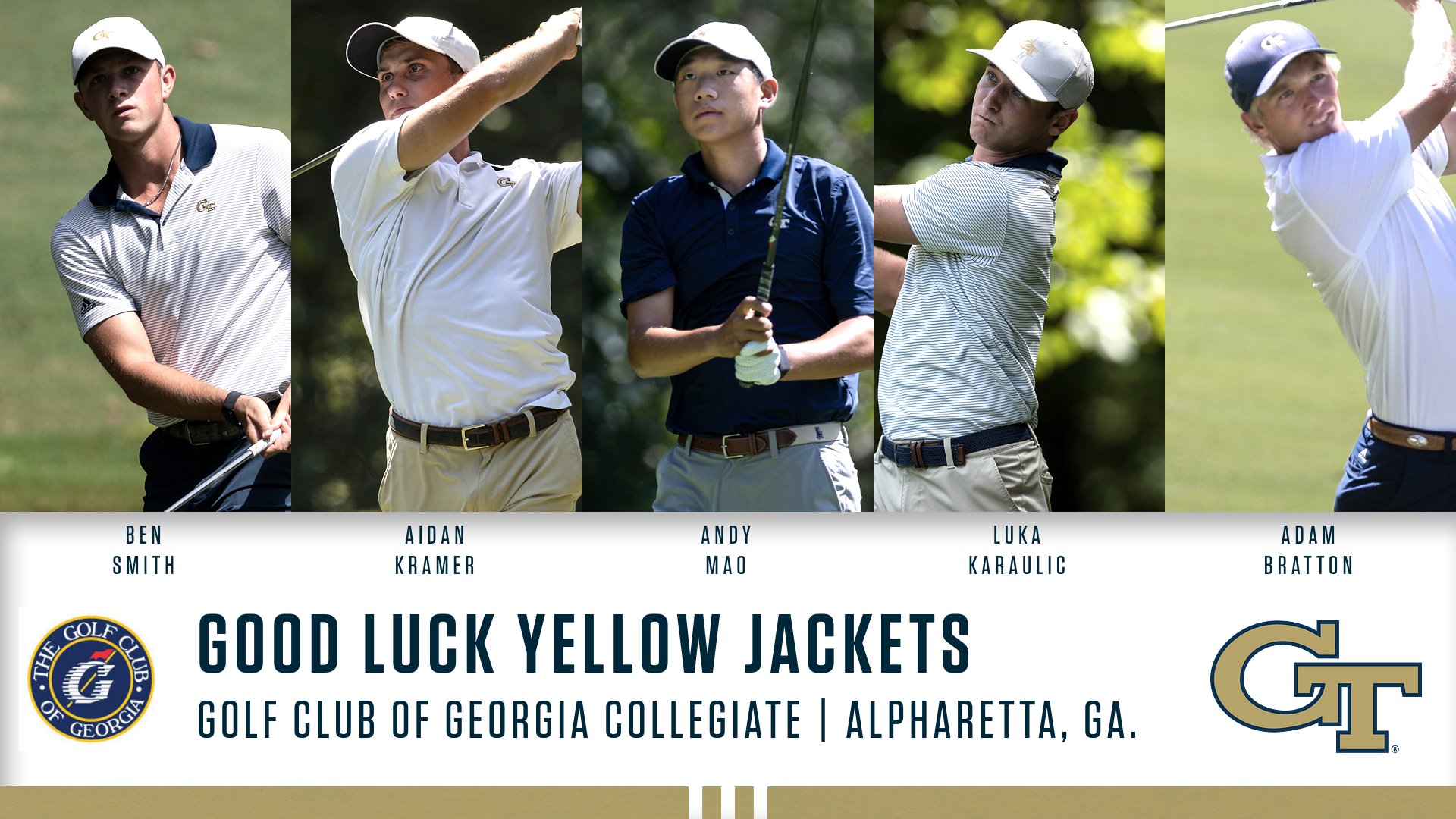 Ben Smith (Senior, Novi, Mich.) –Ranks No. 74 in the PGA Tour University ranking … Posted a high finish this fall of T21 at the Hamptons Intercollegiate, and has a 71.89 stroke average over nine rounds … T-8 at Monroe Invitational, T-10 at Northeast Amateur last summer … Tied for eighth at the NCAA Tallahassee Regional, and tied for ninth at the Calusa Cup last spring.

Aidan Kramer (Sophomore, Oviedo, Fla.) – Playing his first collegiate event at the Maui Jim Intercollegiate, tying for 37th place while competing as an individual … Won the 2021 Yamaha Atlanta Open and tied for 26th at the 2021 Georgia Amateur Championship … T-13 at the GCAA Summer Amateur Series event in Raleigh, N.C.

Andy Mao (Junior, Johns Creek, Ga.) – Played one event this fall, a tie for 63rd at the Windon Memorial Classic … Has competed in five events in his collegiate career, tied for 18th place to help Tech win the 2019 Carpet Capital Collegiate … Tied for 20th at the Rice Planters Amateur and 29th at the Southeastern Amateur last summer.

Luka Karaulic (Junior, Dacula, Ga.) – Has not played in an event this fall, but logged a 74.53 average in five events last spring … High finish was a tie for 18th at the Amer Ari Intercollegiate, and finished two other events in the top 40 … Won a GCAA Summer Amateur Series event in Loudon, Tenn.

Adam Bratton (Sophomore, Newburgh, Ind.) – Has not played in an event this fall, appeared in one tournament last spring, a tie for 69th at the Wyoming Desert Intercollegiate … Qualified for the U.S. Amateur last summer, and was runner-up at the Indiana Amateur Championship … finished 11th or better in three other summer amateur events.

Georgia Tech’s golf team is in its 27th year under head coach Bruce Heppler, winning 66 tournaments in his tenure. The Yellow Jackets have won 18 Atlantic Coast Conference Championships, made 29 appearances in the NCAA Championship and been the national runner-up four times. Connect with Georgia Tech Golf on social media by liking their Facebook page, or following on Twitter (@GTGolf) and Instagram. For more information on Tech golf, visit Ramblinwreck.com.