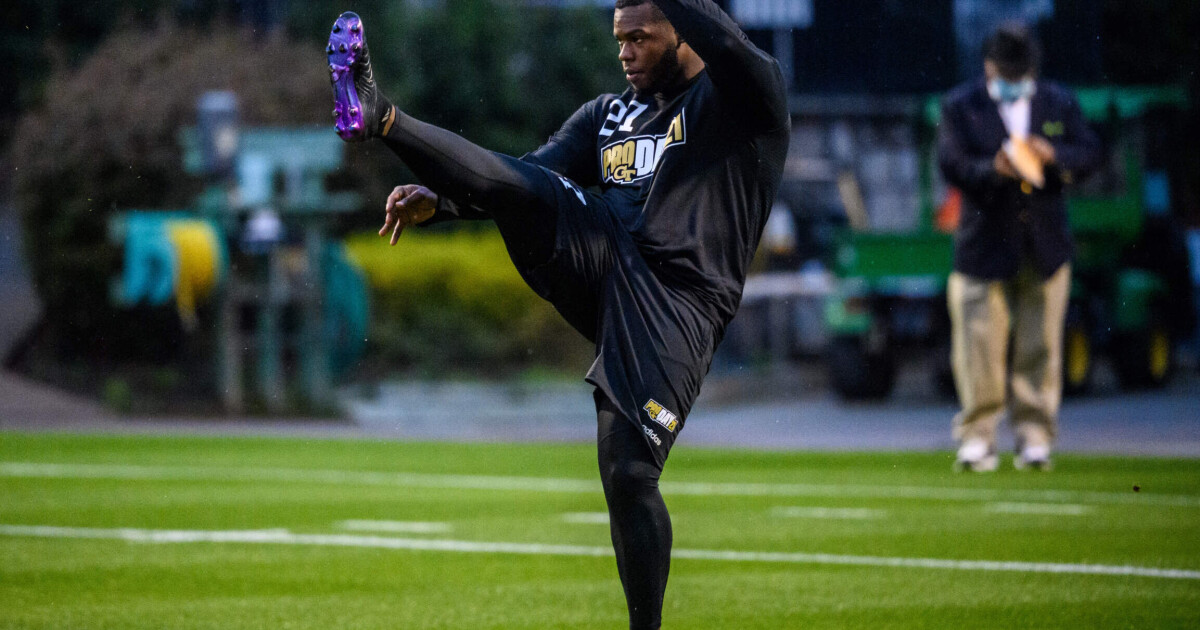 According to many draft pundits, Harvin could be the first Yellow Jacket and the first punter overall to hear his name called during this weekend’s draft. Harvin won the 2020 Ray Guy Award as college football’s top punter after setting Georgia Tech and Atlantic Coast Conference records with a 48.0-yard punting average.

At 6-2 and 226 pounds, Camp wowed NFL scouts on Georgia Tech’s Pro Day in March by running a 4.43-second 40-yard dash, recording a 39.5-inch vertical jump and bench-pressing 225 pounds a whopping 30 times (which is three more than any wide receiver has ever done at the NFL Combine).

Curry led Georgia Tech in tackles and earned all-ACC recognition each of the last two seasons. The two-time team captain amassed 240 tackles during his collegiate career, including 161 over the past two seasons (97 in 12 games in 2019 and 84 in 10 games during the Covid-19 shortened 2020 campaign).

Askew and Blancato are looking to follow in the footsteps of former teammate Nathan Cottrell, who earned a roster spot with the Jacksonville Jaguars last year thanks to his prolific showing on special teams at Georgia Tech. Askew and Blancato, who like Cottrell in 2019 served as gunners on Tech’s top-ranked punt team last season, ran 4.50- and 4.49-second 40-yard dashes during GT’s Pro Day.

A total of 210 Yellow Jackets have been selected in the NFL Draft since 1937. Most recently, Tyler Davis became the highest-drafted tight end in Tech history when he picked by the Jacksonville Jaguars in the sixth round of last year’s draft (No. 206 overall).

The 2021 NFL Draft runs Thursday-Saturday in Cleveland. The Draft will be televised live on ABC, ESPN and NFL Network.