Pairings and live scoring via Golfstat

Naples, Fla. – Ben Smith shot an even-par 72 Sunday and is tied for sixth place individually, and Georgia Tech posted a 6-over-par 294 and is tied for fourth place after the opening round of the Calusa Cup.

TECH LINEUP – Smith, a junior from Novi, Mich., playing in just his third tournament of the spring, played the steadiest round among the Yellow Jackets Sunday, with two birdies and two bogeys and the rest pars over the par-72 Calusa Pines Golf Club. He is tied for sixth place individually, five strokes off the lead.

Noah Norton (Chico, Calif.), Christo Lamprecht (George, South Africa) and Will Dickson (Providence, R.I.) each shot 2-over-par 74 Sunday to count for the Jackets. Norton also played a steady round with one birdie, one bogey and a double-bogey, while Dickson had two birdies and four bogeys. Lamprecht was just the opposite with only seven pars on his card, and recorded an eagle on the 627-yard, par-5 13th hole.

Against a field in which five of the nine teams are ranked in the top 15, and seven are in the top 50, the Yellow Jackets helped themselves with a pair of eagles and 56 pars Sunday. Tech managed only 11 birdies among its five players. 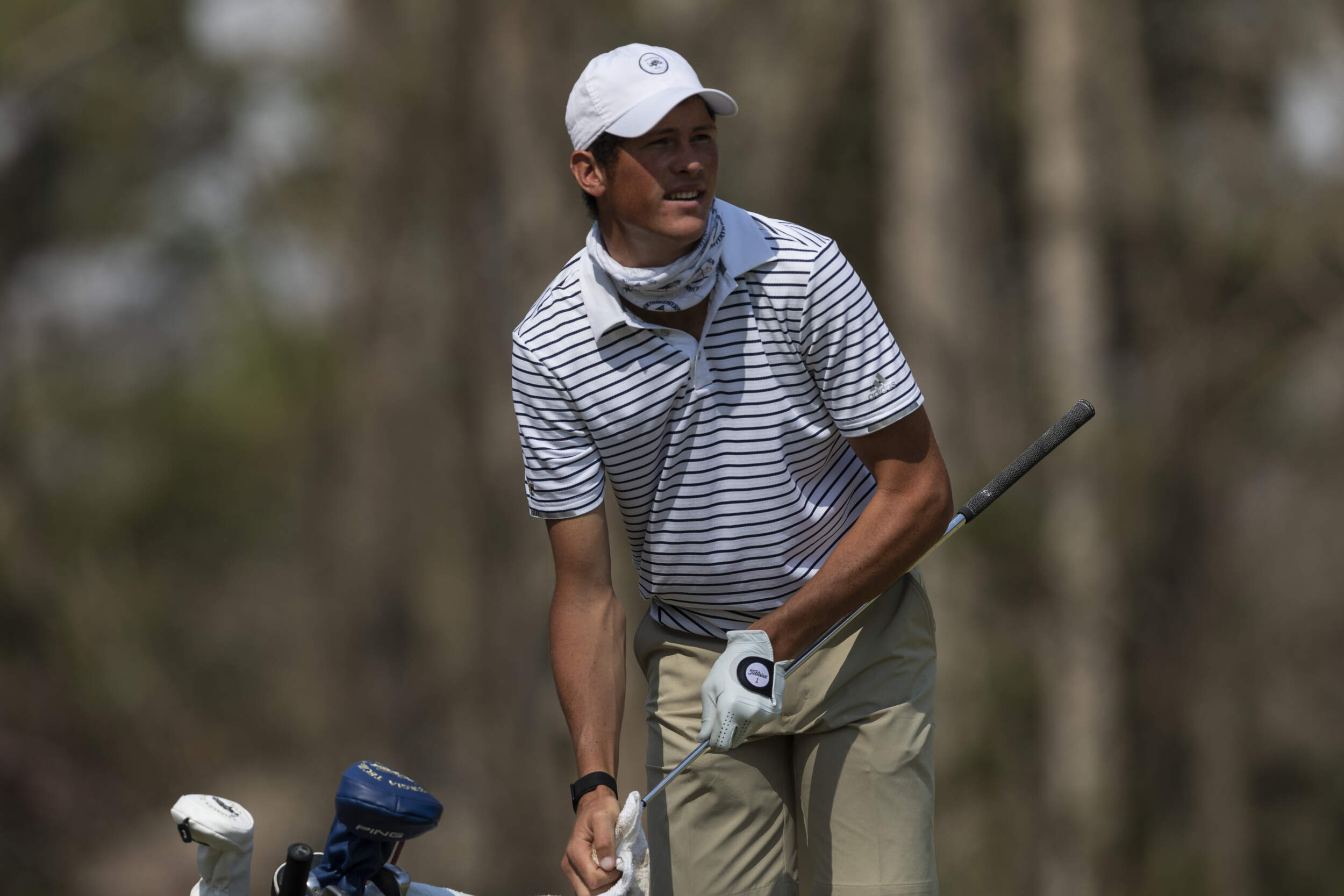 TEAM LEADERBOARD – The two in-state teams are at the top of the leaderboard, with No. 15 Florida in first place after posting a 2-under-par 286, four strokes ahead of top-ranked Florida State (290, +2). The Gators were the only team under par Sunday and have the individual tournament leader in Joe Pagdin (67), while the Seminoles have the second-place player in John Pak (70).

INDIVIDUAL LEADERBOARD – Joe Pagdin, who plays No. 3 in the Florida lineup, grabbed the 18-hole lead with a bogey-free round of 67, making birdie on the first three holes and adding two more later in his round. FSU All-American John Pak, Marquette’s Hunter Eichhorn and Oklahoma’s Jonathan Brightwell are three shots back, tied for second place, with Texas’ All-American Cole Hammer alone in fifth place after firing a 1-under-par 71. They were the only competitors to break par Sunday.

The Yellow Jackets’ Ben Smith is in a group of seven players tied for sixth place at even-par 72. 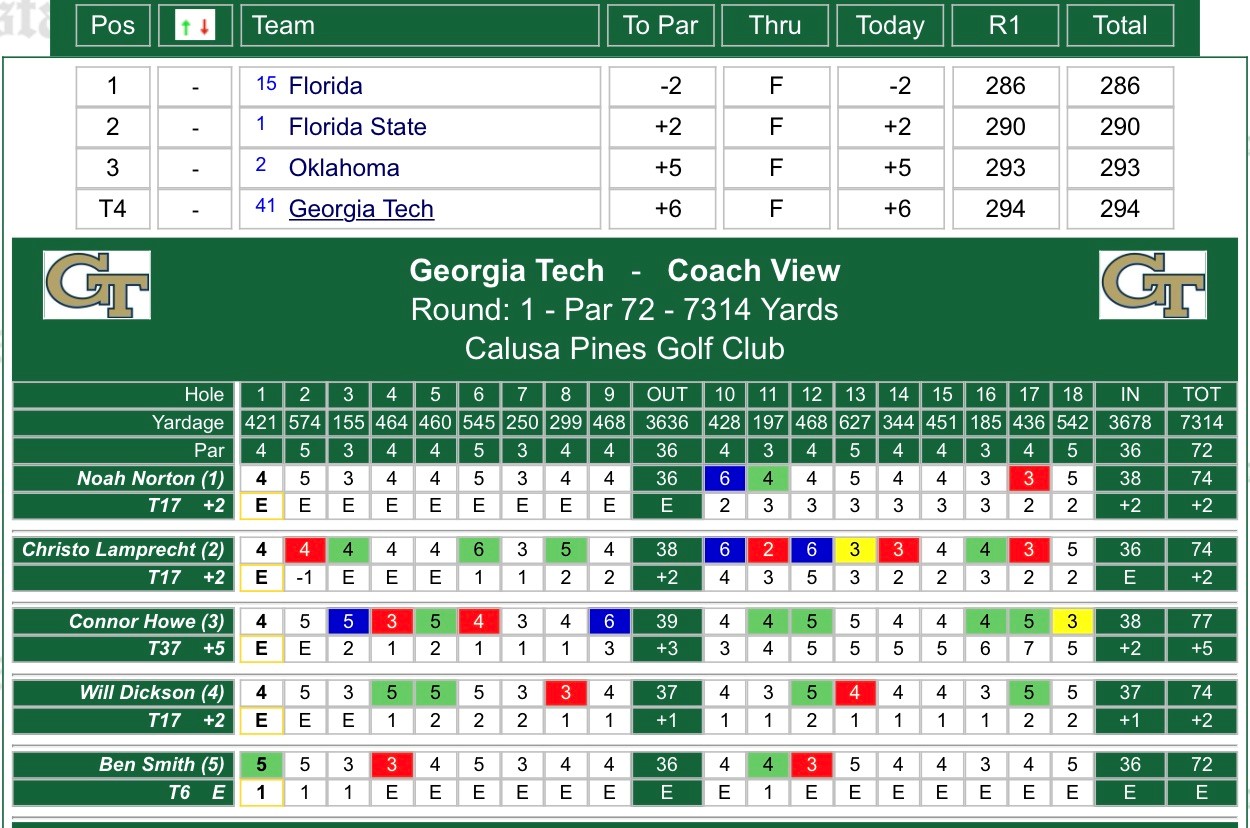 “This is a really challenging golf course. The fairways are generous, but the green complexes are some of the most difficult I’ve seen. In some places it’s tough to chip the ball at the hole, and the greens are fast and hard. But our guys did a good job today of playing smart and putting the ball in the right places with few exceptions. The teams here are really good, and we hung with them today.”