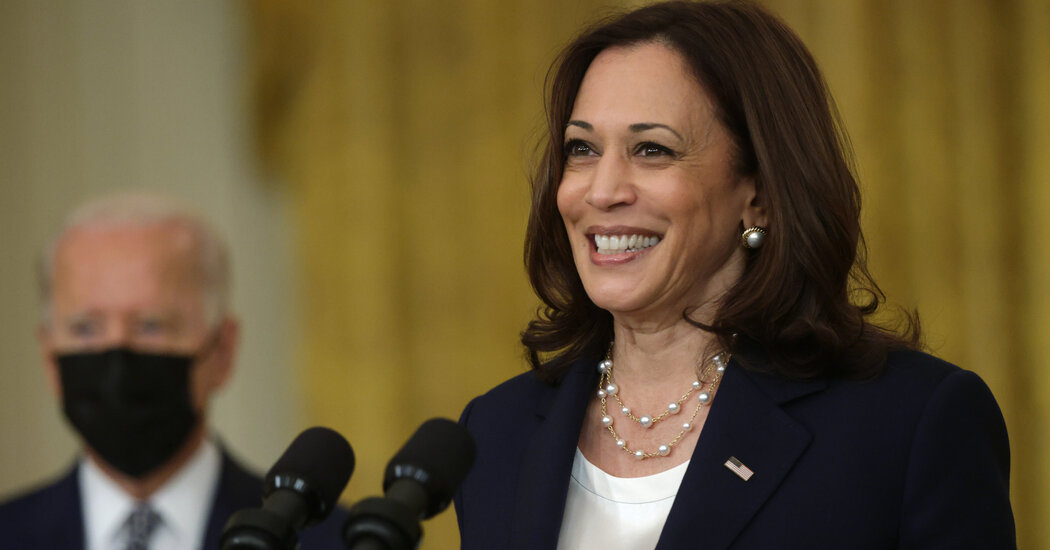 The budget, which aims to transform social policy in the United States, is still far from official, and the challenges to passing it became clear almost immediately, with Senator Joe Manchin, Democrat of West Virginia, saying he had “serious concerns” about spending so much. Ms. Harris, for her part, has taken in active role in soliciting support for the Biden administration’s proposals, including speaking with Unity Health Care’s Brentwood Health Center in Washington earlier this week and talking with members of Congress.

The Biden administration’s agenda on child care includes extending the enhanced tax credit to parents offered as part of the American Rescue Plan, which Columbia University researchers say could cut child poverty by 45 percent. It also calls for expanding various forms of paid leave, up to 12 weeks per year for parental, family care and medical leave, as well as three days of bereavement per year.

The meeting on Thursday underscores the administration’s efforts to get business on board, particularly on issues not traditionally viewed as business matters, though increasingly discussed as such. More than two million women have left the work force since the beginning of the pandemic, and companies, already scrambling to fill open positions, have struggled to bring them back. The share of women in paid work is at the lowest level since 1986.

The White House selected those executives because of their companies’ policies on child care and paid leave, a senior administration official said. In the meeting, Ms. Harris is expected to emphasize the importance of child care as both a personal and business matter.

The United States is the only member of the Organization for Economic Cooperation and Development that does not have statutory paid leave for new parents. On Thursday, roughly 300 business leaders from companies like Salesforce and Spotify called for federal paid family leave. In a letter, they said that paid leave “leads to better retention, personal health, and improved morale, which contributes to greater stability and viability for our businesses, ultimately helping our bottom line.”