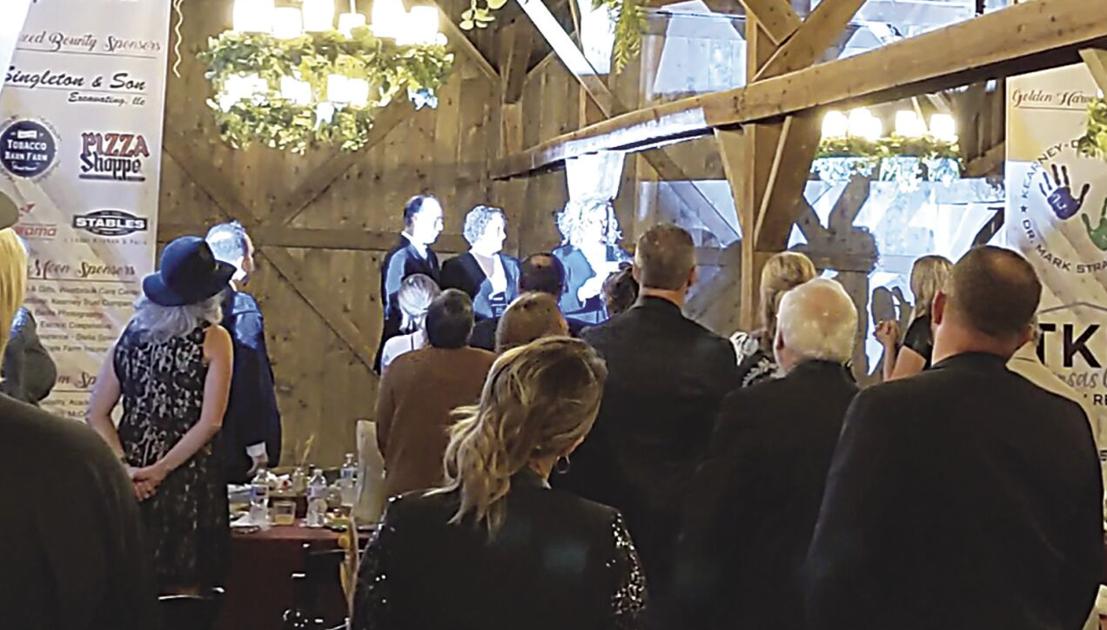 The Kearney Chamber of Commerce presented five Business Excellence Awards awards at its first-ever Harvest Gala Thursday, Sept. 23, at Tobacco Barn Farm in Holt. Award recipients were nominated by members of the community and chamber.

The first business award presented was the Rising Star award, which recognizes a new business or business that reignited, rebranded or reinvented itself over the last year. The winner was Bea’s Flowers and Gifts.

The Chamber Dedication award, celebrating a person, business or organization that exhibited dedication to the chamber through service, support, and/or tenure of membership, went to Gerri Spencer and the Kearney Historic Museum.

The third award, Biggest Community Impact award, went to Firehouse Community Center and Kearney Enrichment Council. This award honors a person, business or organization that had the biggest impact on the Kearney community in the last year. The Firehouse, overseen by the Kearney Enrichment Council, provides services and events to and for children, seniors and families in Kearney throughout the year.

A special award, Citizen of the Year, was also awarded by the chamber. This honor is bestowed on a chamber member who, through personal involvement, leadership abilities and selfless giving of their time and talent, has positively impacted Kearney and the lives of its citizens. Citizen of the Year is the late Bob Tate of the UPS Store. Accepting the award on his behalf was his daughter, Heather Powell, who received a standing ovation on behalf of her father.

At the event, chamber Executive Director Stacie Bratcher noted the Citizen of the Year award has been renamed in Bob’s memory and henceforth will be known as the Bob Tate Memorial Award.

To see videos of winners receiving their awards and to hear what nominees said about them, check out the online version of this story at mycouriertribune.com.