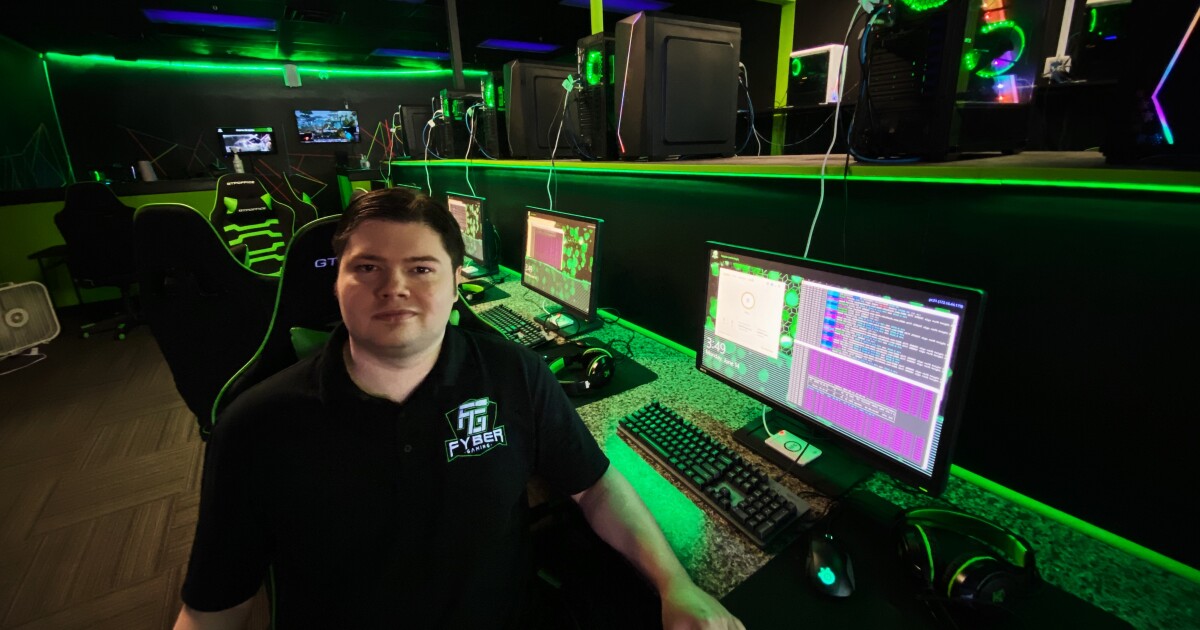 LANSING, Mich. — When the covid shutdowns went into effect, and businesses had to close their doors, almost every business owner had to get creative.

Chris Williamson was one of those business owners.

As the owner of Fyber Gaming & Computer Repair in Lansing, Williamson found himself with a room full of gaming computers, and no gamers to use them.

“We opened in about November 2019, and come March, we had a bunch of people in here, public tournament’s running every day,” said Williamson.

“Everything was really exciting, the numbers were looking good, and then we had to shut down.”

The nearly 30 computers, usually used for games like Apex Legends and Call of Duty, sat blank.

Then as Williamson puts it, he had an epiphany.

Williamson is referring to cryptocurrency mining

“I realized that I had 26, perfectly good high-performance computers out here that were just sitting here not doing anything. So I decided to start mining on them,” said Williamson.

Williamson is referring to cryptocurrency mining, a process in which individuals use their computers to “mine,” or help create cryptocurrency, and receive a small percentage of the profits.

What is cryptocurrency mining

“So there’s digital currencies out there, Bitcoin is the most notable that people will recognize, but there’s also a number of other ones that are out there as well,” explained Williamson.
“When you mine, your computer performs a bunch of calculations that help to secure those networks. In return for doing so they get a portion of all the transaction fees on those networks.”

How much is he making?

“The program I run is called NiceHash,” said Williamson.

“The program I run is called NiceHash,” said Williamson.

“You can go download it and run it. It has a place in the app where you can put in your electricity rate and then it’ll show you what you’re making net at any given time.”

Williamson says he’s been able to use his mining profits to help pay the bills, thankfully Fyber Gaming has also received some grants to help keep their doors open.

If his ingenuity has you now considering mining, Williamston says it really comes down to what equipment you have.

“If you have the equipment right now, I mean, why not mine?” says Williamston.

“But I wouldn’t go out and purchase hardware explicitly for the purpose of mining and expect to make a profit off of this.”

Williamson says Fyber Gaming probably could have made it through the pandemic without crypto-mining, but “I wouldn’t have liked to have been in that scenario.”

If you’d like to support Williamson by gaming at Fyber Gaming, their address is below:

Stay in touch with us anytime, anywhere.