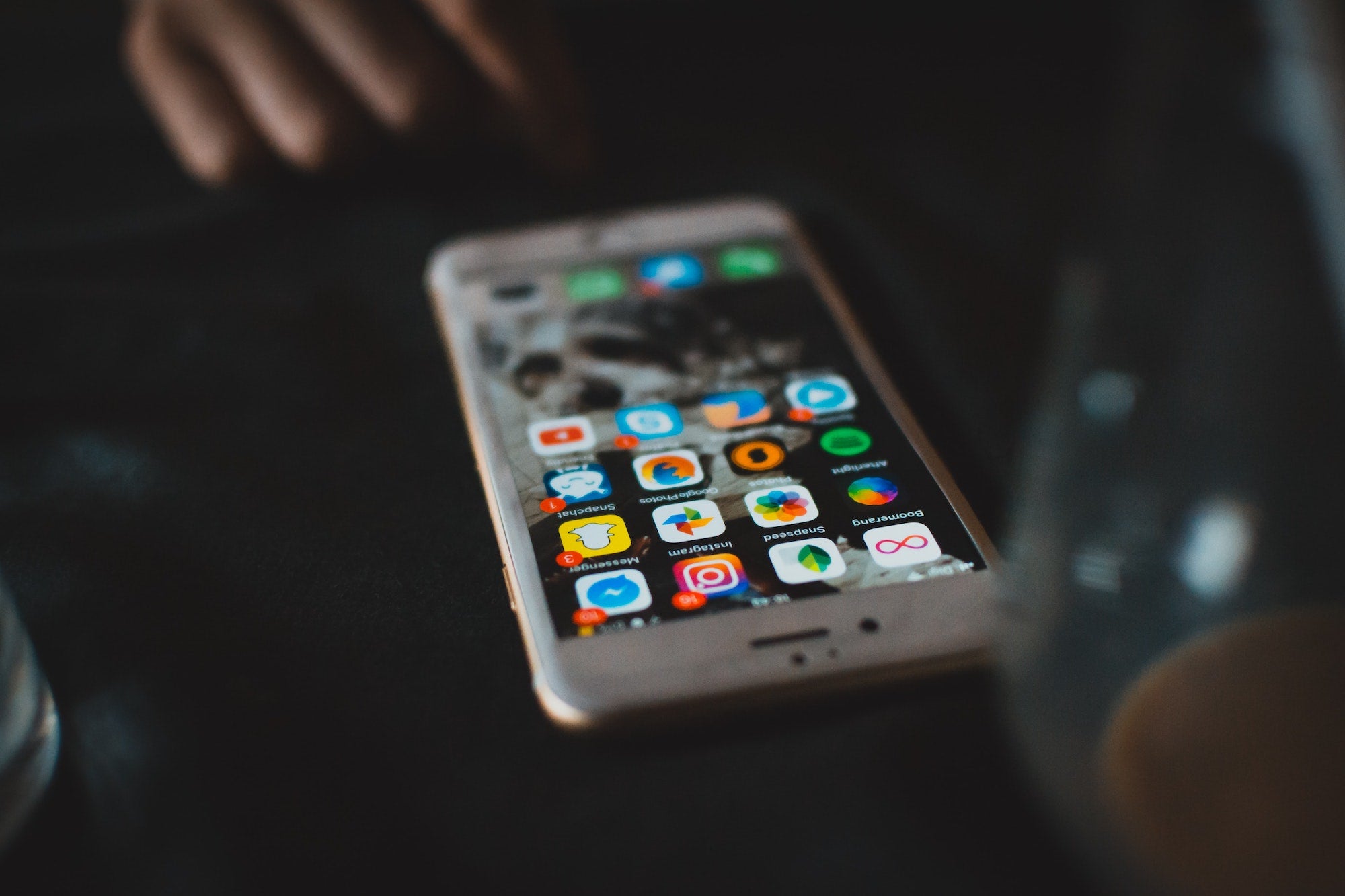 A new bipartisan Senate bill likely to be introduced early next week would make it illegal for big tech companies like Facebook, Amazon, Apple and Google to promote their own products and services more than those of their rivals on their own platforms, an act also known as “self-preferencing.”

The bill was announced on Thursday by its co-sponsors: Senators Amy Klobuchar (D-Minn.) and Charles Grassley (R-Iowa). Its intention is to outlaw certain behaviors that lawmakers consider to be anticompetitive.

“As dominant digital platforms – some of the biggest companies our world has ever seen – increasingly give preference to their own products and services, we must put policies in place to ensure small businesses and entrepreneurs still have the opportunity to succeed in the digital marketplace,” Klobuchar said in a statement. “This bill will do just that, while also providing consumers with the benefit of greater choice online.”

If the bill passes, it would show that Republicans and Democrats are ready to converge on trying to check the power of big tech companies.

“I think there’s this real bipartisan recognition that the internet of today is a lot different than the internet of 20 years ago in terms of it being highly centralized,” says Mitch Stoltz, senior staff attorney at the Electronic Frontier Foundation. “We kind of lost the promise of the early internet of really empowering individuals when most of our communications and our commerce and so on are basically passing through those five companies,” he adds, referring to Amazon, Facebook, Microsoft, Google, and Apple.

[Related: Facebook has an explanation for its massive Monday outage]

Klobuchar told The Washington Post that the bill is simply an update to competition laws for the digital era, as existing antitrust laws “written in the era of railroads and oil barons are not equipped to address the unique ways that Silicon Valley can harm competition and consumers.”

In June, House lawmakers already passed similar bills through the Judiciary Committee. Those bills are currently on the House floor, waiting for a vote.

The way Stoltz sees it, the antitrust laws of today are too broad. ”They’re written to cover the whole economy and to cover a wide range of conduct. But the way they’ve been interpreted in recent years is that courts will only really step in when a company’s conduct raises prices to consumers,” he says. “It’s not very good at recognizing other forms of harm.”

Anti-big tech sentiments have been snowballing already for several years, and this new bill is the latest legislative move that attempts to regulate the giants that increasingly dominate our everyday social lives.

[Related: The Facebook whistleblower’s Congressional hearing was a ‘big tobacco moment’ for tech]

The new bill is a culmination of increased scrutiny over the activities of big tech companies, especially over the last few years. Klobuchar told the Wall Street Journal that support for these efforts have been further boosted by the recent Congressional testimony by the Facebook whistleblower.

In a tweet on Oct 4, Klobuchar wrote that “when companies face little competition & have no rules of the road, we know what happens—they play fast & loose—or to quote Facebook, they ‘move fast & break things.’ That’s why I continue to advocate for much-needed changes to our laws on antitrust, privacy, & consumer safety.”

Though Stoltz comments that new bills and increased scrutiny are good and necessary development, he warns that “a danger with any sorts of these big tech laws is creating a regulatory burden that the largest companies can meet and smaller companies cannot.”

Going forward, it’s important that regulators draw a line of applying these laws only to the largest companies that have key roles in the economy, he says. “Because otherwise, if the laws apply too broadly, what you end up with is a compliance burden that the Googles and Amazons can meet and their smaller competitors can’t.”

He also pointed out that it would be interesting to watch for how the senators and representatives from California respond to this legislation, as it would impact some of the largest employers in their district. “At the House hearings, the California delegation was generally pretty opposed to the bills,” Stoltz says. “But what we hear from the people who actually work in Silicon Valley, people actually building these products, is, in many cases, they want to see change too.”

Ahead of the introduction of this new bill, here’s a look at the history of anti-competitive behaviors from these firms that led to this event, consisting of a scattering of big and small lawsuits. “This certainly didn’t start last week,” Stoltz says.

Big tech companies and their histories of anti-competitive controversies

Reining in big tech companies has not been an easy task, but it’s one that regulators have tried to tackle for years.

The Federal Trade Commission is currently suing Facebook for being a monopoly. An amended complaint to the suit against Facebook was filed by the FTC in August, where it claimed that “to further moat its monopoly, Facebook lured app developers to the platform, surveilled them for signs of success, and then buried them when they became competitive threats.”

And last October, the Department of Justice sued Google for violating antitrust laws in its search advertisements. “For years, Google has accounted for almost 90 percent of all search queries in the United States and has used anti-competitive tactics to maintain and extend its monopolies in search and search advertising,” the DOJ said in a statement. “Google has entered into a series of exclusionary agreements that collectively lock up the primary avenues through which users access search engines, and thus the internet.”

Then, in September, Bloomberg reported that US antitrust officials were preparing a second lawsuit against Google against its search advertising practices.

“The government’s suits against Google and Facebook are both facing some pretty serious challenges,” Stoltz says. “But, there have been a lot of cases over the last century where big, complex antitrust cases against the monopolists of the day didn’t succeed in court, but they did succeed in changing those companies’ behavior.”

For example, he notes that the government’s suit against IBM in the late 1900s for monopolistic practices was ultimately abandoned, but it changed IBM’s behavior enough to allow companies like Microsoft to come in and launch the personal computer revolution without being squashed.

Similarly, after the Microsoft lawsuit (which famously did not break up the company) wrapped up in 2001, it led to Microsoft changing its internal practices enough that it decided not to squash budding competitors like Google, for example, when they were small. As Time reported, when Microsoft settled the case with the Department of Justice in November 2001, it agreed to “make it easier for Microsoft’s competitors to get their software more closely integrated with the Windows operating system.”

Although Apple has not been brought to court by federal agencies, its practices were put under the spotlight when Epic games sued the company over its App store policies. US District Judge Yvonne Gonzalez Rogers ended up ruling that App Store’s overall structure is legal but said that Apple “is breaking the law by forcing people to pay for apps and in-app items through the App Store, where it usually takes a 30 percent slice of the payment as commission,” NPR reported.

[Related: Why you need to update your Apple products’ software ASAP]

These individual cases are important, Stoltz remarks, because even if a suit fails, it can still lead to small, positive changes. “The court found that Epic had not shown that Apple violated the antitrust laws, but it did find a violation of some California state laws,” he says. “And on that basis, they ordered Apple to make it easier for [App developers] to pursue other sources of revenue to avoid the percentage Apple takes on the commerce that happens through its platforms.”

Amazon, for its part, has not been involved in any flashy, high-profile litigations. But there has  been scrutiny around Amazon’s practices in the e-book, audiobook, and textbook markets. Recently, investigations by Reuters and The Markup revealed that Amazon not only ripped off competitor merchandise and rigged search results to favor themselves, but it also ranked goods from their own brands above comparable, better rated products in the same category.

[Related: Amazon killed retail stores just to open up its own]

“Certainly if a law like [Klobuchar’s bill] passes, that will absolutely trigger some more investigation into Amazon,” Stoltz said. He thinks the major suits against Google and Facebook have a chance of winning. However, “they would be even more effective if they had new laws at their disposal like the one Senator Klobuchar just introduced and the package of five bills that passed the House judiciary committee—which were all various approaches to various aspects of the problem.”

What are the House bills?

A series of House bills, which for the most part had bipartisan support, are meant to change how federal agencies can monitor and control anti-competitive practices. Within this set of bills, the American Innovation and Choice Online Act will specifically target self-preferencing, and Recode reported that it “could potentially impact how Apple runs its App Store, or how Amazon deals with its third-party sellers.”

[Related: You can delete Facebook and still keep some of your memories. Here’s how.]

The announcement of the bills have elicited backlash from industry groups, who argue that their passing would harm the tech companies and hamper their ability to deliver popular consumer products and services.

And Apple has pushed back, issuing a 16-page document justifying how the structure of the App store enables it to protect consumer safety and privacy.

“I think there are some concerns,” Stoltz says. But “their complaints are far overstated.” First of all, it’s likely that these laws will only affect the largest companies, “depending on how it’s defined.”

Plus, it seems to Stoltz, at least, that there appears to be a sort of “escape valve” for these big companies in the House version of this bill. “It doesn’t outright ban companies from directing users to their own offerings. It just requires them to justify it,” he explains. “It requires them to have a reason other than ‘we just want to squash competition.’”

In many ways, he views this as fair game. Some companies “have been truly innovative and have created features for reasons other than just to maintain their dominance,” Stoltz says. “I think they can and should justify the innovations that are really innovations.”