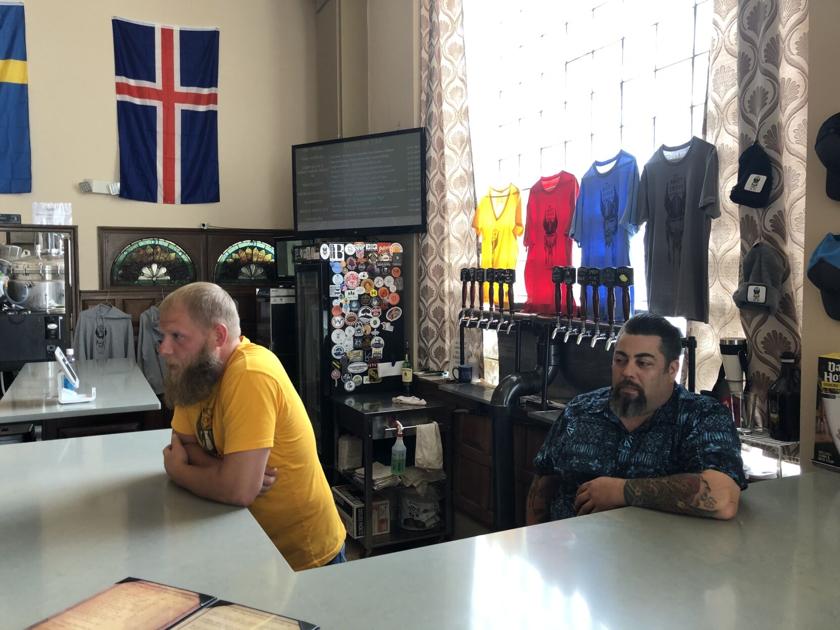 Breweries were hurt tremendously during the first stages of coronavirus lockdowns, but two such businesses have seen their fortunes take a turn for the better this summer.

The Angry Swede Brewing was ready to open up in April 2020 right when the country went in lockdown due to the COVID-19 pandemic. Staff had to resort to curbside pickup options and selling T-shirts and hats. This year has brought the first full summer of customers coming in to experience the brewery.

“That first year was so up and down and all over the place, and it is nice to have steady business now and have an idea of what normal business is supposed to be like,” said Mike Olinger, the owner, founder and brewer at The Angry Swede.

River Bluff Brewing also has seen a rise in people coming through its doors this summer. Even though business was open in 2020, many were hesitant to come in during the early part of the pandemic. Customers now are more willing to go out, he said.

“There are more people coming out, and people are feeling more jovial,” Edison Derr, owner of River Bluff Brewing, said. “There were a lot of things that people struggled with last summer — not being able to go out or when they were able to, should they go out? This summer we are seeing people for the first time in a while.”

The Angry Swede promoted its brand online to get more traction for the business. Even though it was not the ideal way to spread the company name, it worked.

“I tried to do a live video whenever possible. It is still more exposure,” said Marcus Miyamoto, the general manager of The Angry Swede. “Initially we didn’t have any other outlets to utilize. There was no other word of mouth because we didn’t have people in the store. All we had was what we put out on social media.”

Being forced to close was one of the worst things imaginable for these breweries, but both were able to keep business going. Olinger said he used the lockdown time to focus on growing his product stock and work on developing new beer flavors.

River Bluff Brewing used the shutdown to hone its plan to expand the company name.

“We kind of rolled into canning a little bit. We don’t do it a ton, but we do have it available now,” Derr said. ”And also we just decided to take that slower time as planning time for our location that will hopefully be open in Kansas City as well.”

The pandemic allowed both businesses to see what they would do if there was another lockdown. For The Angry Swede, it was proof of concept for the business.

“It gave me confidence that if we made it through that first year, we are going to be here for a very long time,” Olinger said.