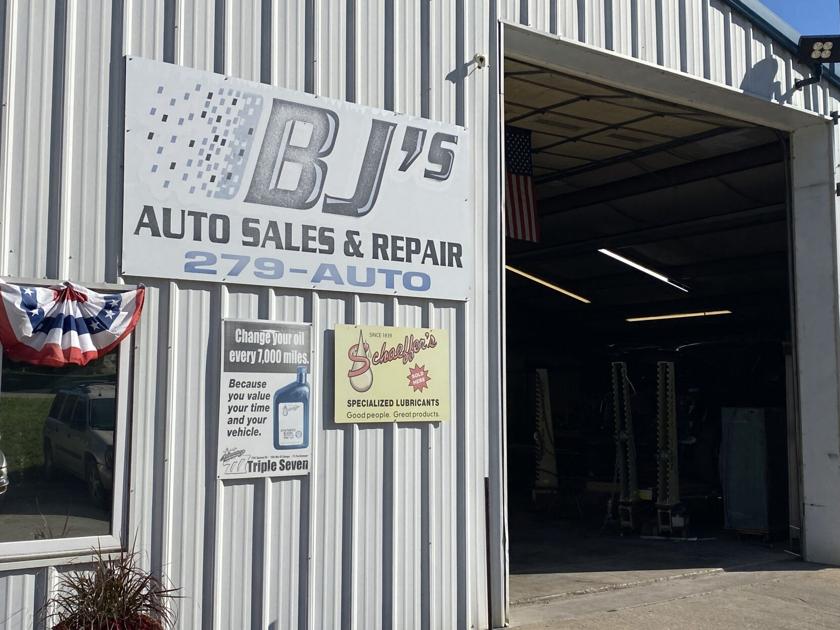 After 41 years together, BJ and Vicki Rosmolen’s marriage remains as strong as it did when they first met.

However, it wasn’t absence that made their hearts grow fonder for each other, as the old saying would suggest. In fact, their time apart throughout their relationship is few and far between, and that’s the way they prefer it.

For several decades, the couple has worked together, owning and operating their family business, BJ’s Auto Collision and Restoration Inc. in St. Joseph, located at 20261 U.S. 169.

BJ Rosmolen said he feels the direction of the business was driven by the specific skills both he and his wife possessed.

“I was always into mechanics and body and stuff like that,” BJ Rosmolen said. “As I got to going, she realized that I needed help with paying bills, doing taxes and keeping track of stuff.”

The pair decided working together was better than working apart, even if it’s unusual to some. Couples who work in the same occupation, let alone in the same workspace, don’t make up a large portion of the workforce. A 2019 study from the U.S. Bureau of Labor Statistics using statistics from the 2000 Census shows that only 13% of dual-working couples worked in the same occupation.

Other studies have suggested that not separating the work life and home life of a relationship can be equally detrimental as it can be beneficial. The Rosmolen’s think it’s a positive to have worked in the same business for so many years, and they credit it to their complementary work dynamic. BJ services automotives, while Vicki handles human resource responsibilities.

“When we first started this, we were in the same office area together, and about five years ago, I realized it was probably time for me to get my own office in the back,” Vicki Rosmolen said. “We don’t get sick of each other because we’re not sitting together all day long. It works great with us.”

Both BJ and Vicki have maintained what has become a reputable business in St. Joseph, one that received a 4.4 out of 5 stars on over 50 Google reviews for their vehicle service. The couple, of course, had to prioritize family life with kids in the picture as well. Having a strong support system outside of their work responsibilities and keeping a schedule was vital in making it all work.

“With BJ being very flexible, when the kids were sick, he could go get them,” Vicki Rosmolen said. “Then, my father-in-law was always wonderful. He could take care of them, so everybody was there and helped us with kids.”

She said the couple is very proud of their children and the employees that have worked for them.

BJ and Vicki’s son, Tyler, is even invested in the business, alleviating some of the responsibilities and taking over the shop so BJ and Vicki can get away whenever they need a break from the job.

“When he got out of high school, he came to the shop and started turning wrenches,” BJ Rosmolen said. “He’s 36 now, so we’re a real family business.”