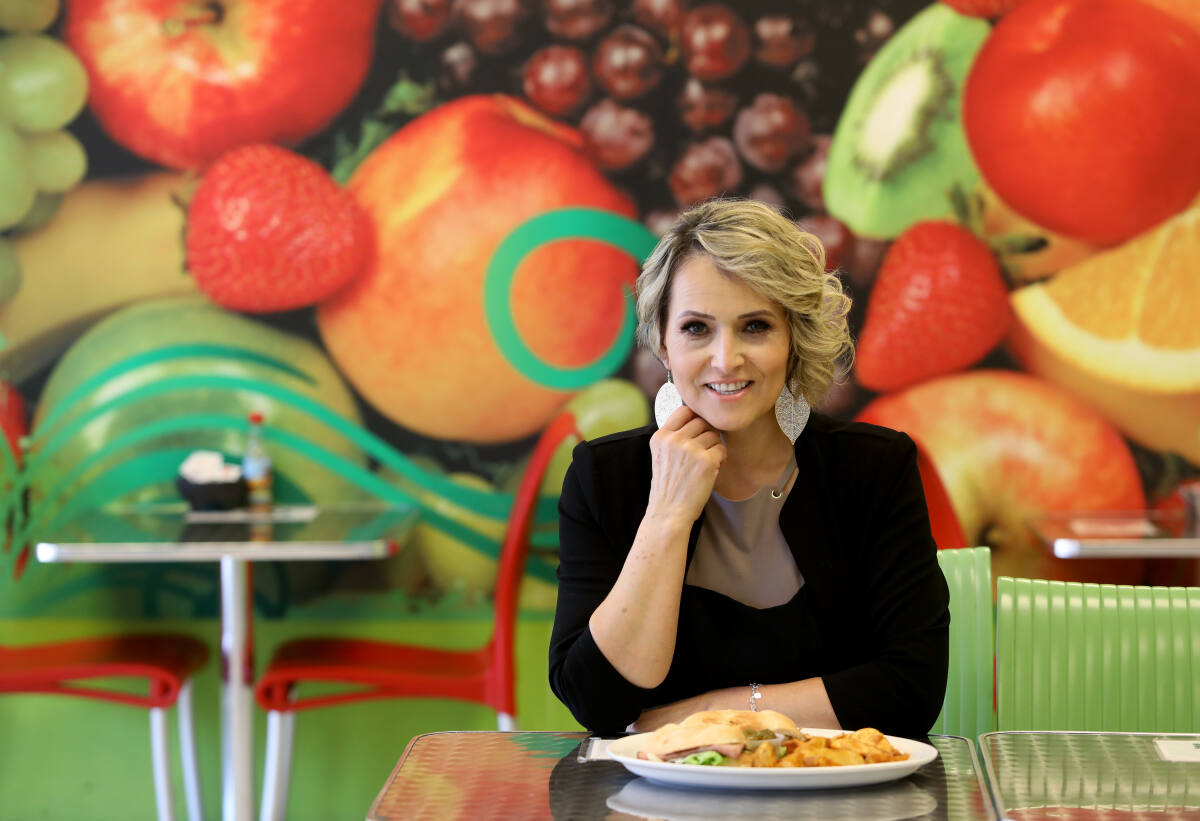 When thinking about Latina-owned businesses in Sonoma County, there are plenty of veterans and eager newcomers to the scene. All have different business styles, products and stories that have allowed them to carve out their own unique way of doing things.

Here’s the story of two women, who now call Santa Rosa their home. The two have been able to find a winning combination where they infuse a sense of hard work and joy into all their individual endeavors. Their outlook on life has stayed with them and thier unwavering perseverance has helped turned dreams into reality.

Colores La Güera is owned by Leticia “La Güera” Chávez, a soft-spoken and endearingly polite woman who scurries around her open-air kitchen on Sebastopol Road in Santa Rosa.

Chávez hails from Jalisco, Mexico, where her mother began to teach her how to cook when she was 6. Chávez credits her mother and an old friend, Paco, with showing her much of what she knows now.

“I always dreamed of owning a restaurant,” she said. “Since I was a little girl, they called me ‘la güera’,” she said. “I always knew that would be my logo.”

Not only her logo, but her restaurant’s name was inspired by her childhood nickname.

Along Chávez’s journey to become a business owner she faced many difficulties that tested her resilience. She grew up in Los Altos de Jalisco, a highland region with rivers and waterfalls she still dreams about. She attended a rural school twice a week until she was 10 years old, when her father died. To help support the family, she and her siblings left school to work.

Chávez arrived in the United States in 1990. She worked at Chevron, KFC, Taco Bell and in the picturesque fields that surround Sonoma County. While pregnant with her youngest son she picked grapes until the day before he was born.

For four years she worked two jobs – often sleeping less than four hours a night – to support her four young children. One former employer often humiliated her, saying she would not amount to anything.

“I do not want to live like this,” she said, reflecting on that time in her life.

And with that, her life took a new trajectory. After years of hard work in the food industry, Chávez opened her restaurant in Roseland. Her children, she said, are her inspiration.

Now adults, her children help her around the restaurant, and are the reason she chooses to “live more” as she continues to push forward.

Colores La Güera opened for business over two years ago and the most popular dishes are the tortas, chilaquiles and crepes, though Chávez said people enjoy the menu’s variety.

From breakfast staples such as eggs with beans to crepes, tortas, salads and a variety of aguas frescas, Colores La Güera offers something for any appetite.

Photographs on her Facebook and Instagram show that variety, which includes pasta dishes, hefty burritos and breakfast plates covered with cheese. She signs all her social media posts with “bonito día”, an uplifting reminder that speaks to her welcoming presence.

When the coronavirus pandemic began in 2020, Chávez was distraught over how she would manage. She said it was the most stressful time she’s experienced as a business owner.

“Truthfully, yes, I sat and cried,” she said as she pointed to a chair behind the bar. “But I tell you what I told myself, ‘No. You have to be strong for many things and to find out what else comes’… and here I am.”

A friend created Instagram and Facebook accounts for Chávez during the pandemic and she said that helped increase business. She was impressed by that act of friendship and celebrates the people who have helped along the way.

“I strongly believe in goodness, that good people exist who want to help you,” she said.

To all her customers Chávez said, “Many thanks for coming to Colores La Güera, I am very thankful for everybody who comes.”

After working through the pandemic, Chávez has the future to look toward.

“Now what I want to do is grow. Little by little,” she said.

She hopes to expand the business one day, but for now one location is plenty. And although the past shaped who she is, Chávez chooses to focuses on the present.

Maricruz Sanchez’s is the Latina business owner behind The Real Chamoy, which has grained a huge following through local pop-ups and Instagram.

When Sanchez started her business, it was during one of the hardest times of her life. After Sanchez worked at a local Subway for six years, the store shut down with no notice in early December 2018. She had no job as Christmas approached. Then, weeks later, on Dec. 26, her father died unexpectedly, just a few days before her birthday.