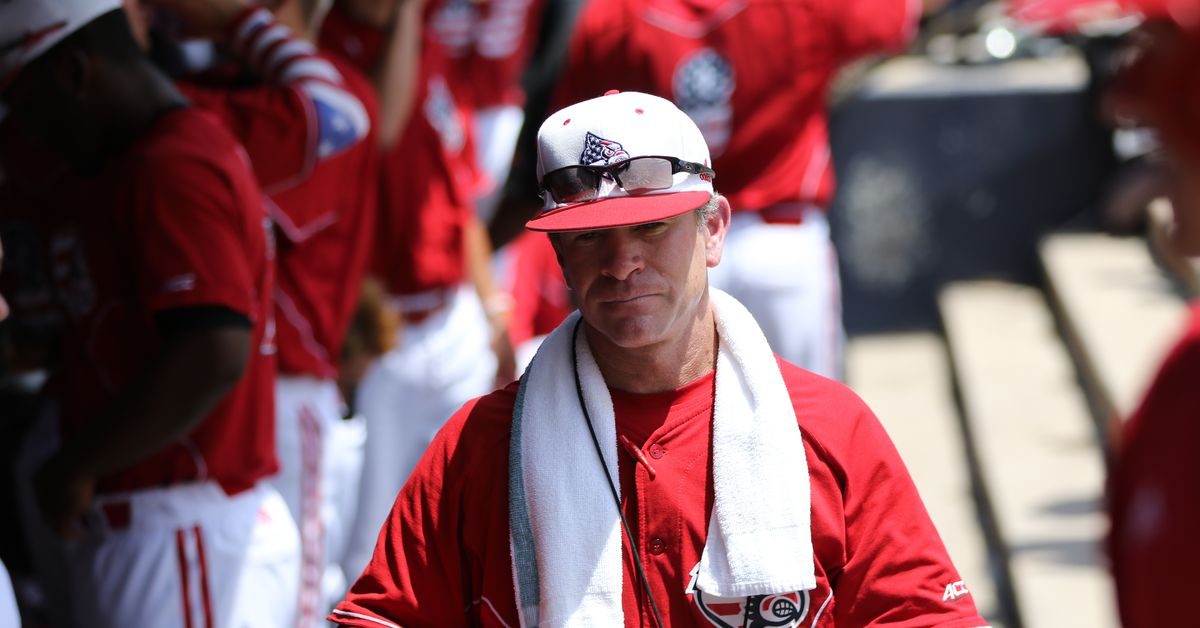 The Louisville baseball team was eliminated from the ACC tournament via a soul-crushing 9-8 extra inning loss to second-seeded Georgia Tech Thursday afternoon/evening in Charlotte.

The loss leaves the Cards squarely and uncomfortably on the NCAA tournament bubble heading into Monday’s revealing of the field of 64.

U of L appeared to be coasting to victory for most of the afternoon, but a handful of self-inflicted blunders (especially on the basepaths) opened the door for a disastrous home half of the 8th inning. An error by Lucas Dunn and then a one-out walk by Adam Elliott set the stage for Georgia Tech’s Kevin Parada, who smashed a three-run home run over the fence in left center to completely swing the game’s momentum and knot the score at 6-6.

Neither team was able to draw blood in the 9th or 10th innings, although a Parada double did force Michael Kirian to come up with a gutty strikeout to move the game to the 11th. In the visitor’s half of that frame, Alex Binelas hit a two-out moonshot that may not have landed yet.

Kirian, who entered the game in the 8th after Parada’s home run, could not close the door on the Jackets. After a replay review that appeared to show a Georgia Tech runner was out at first was not overturned, Tech’s Drew Compton laced a double that evened the score back up at 7-7.

Louisville answered yet again in the top of the 12th, when designated hitter Ben Metzinger drilled a solo shot to put the good guys back in front. Metzinger entered this tournament with zero home runs on the season, and then proceeded to belt three in two games.

Lefty Garrett Schmeltz started the 12th for U of L, but was lifted for Luke Smith after allowing a one-out single. Smith was able to retire the red-hot Parada on a groundout, but a five-pitch walk extended the inning. Georgia Tech’s Andrew Jenkins then laced a single just over the glove of Cardinal shortstop Christian Knapczyk. The ball was misplayed in center field by Luke Brown, allowing both Yellow Jacket runners to score and end the game.

All three teams in Pool B finished with 1-1 records, but the ACC’s tiebreaker rules advance the highest-seeded team in that situation. Georgia Tech will face the winner of Pool C in the semifinals at 5 p.m. on Saturday.

For Louisville, the wait until Monday will be lengthy and excruciating.