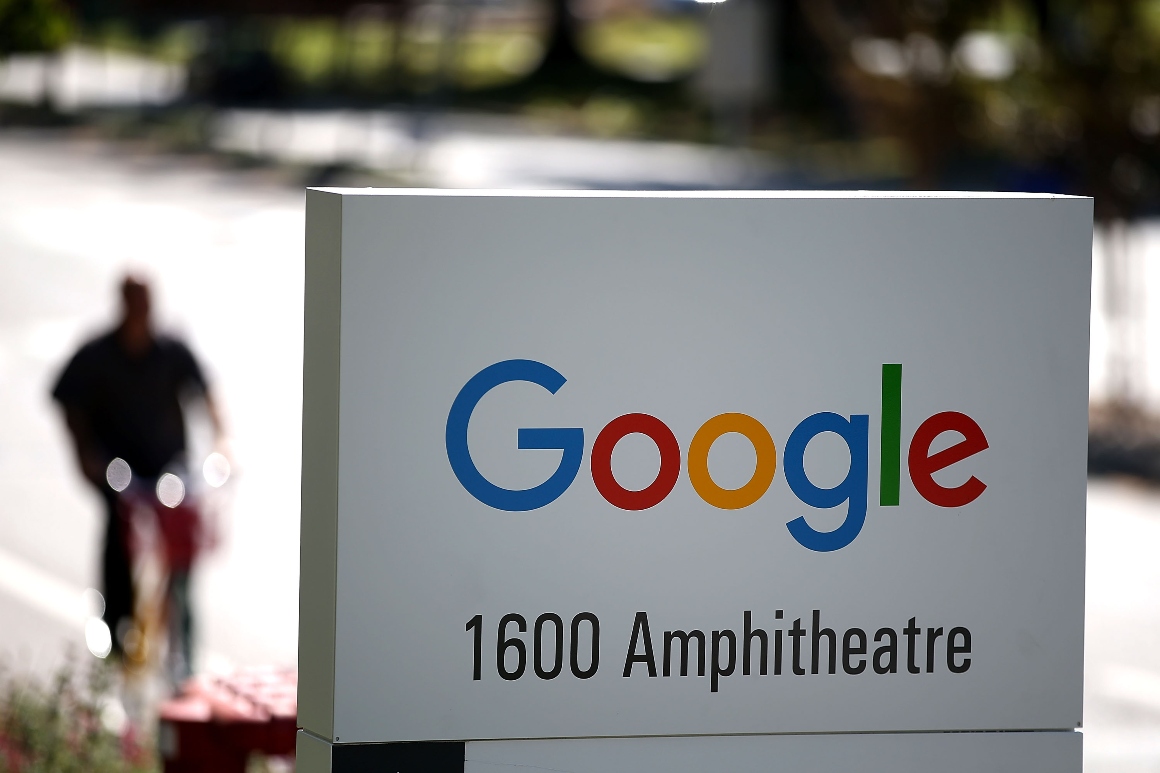 Davis acknowledged in a statement to POLITICO that Google’s outside attorneys were among the “many law firms, lobby shops, corporations and other entities” he spoke to after leaving the Senate Judiciary Committee, where he had been chief counsel for nominations to Chair Chuck Grassley (R-Iowa) until 2019. But Davis added: “It didn’t go anywhere. And that was back before we knew how bad Google really was.”

“Thank God I didn’t work with Google,” he said. “I dodged a bullet.”

Davis also publicly acknowledged the meeting in a tweet Thursday, shortly before this story appeared.

Davis and Ventry offered to act as Google’s GOP communicators in a meeting with the company’s outside lawyers in May 2019, offering to help mend its relationship with conservatives, according to the three people, who requested anonymity to discuss private conversations.

At the time, Google was under increasing fire from the GOP, as then-President Donald Trump hammered the big tech companies for allegedly censoring conservatives and as Sen. Josh Hawley (R-Mo.) used his new perch in the upper chamber to offer bills that would crack down on the search company’s conduct. The Justice Department was also laying the groundwork for a major antitrust investigation of Google, a fact that would become publicly known at the end of that month.

The two men, who were at the beginning stages of forming a PR shop after they left the Senate Judiciary Committee, told Google’s outside lawyers Susan Creighton and Josh Soven that they could help with press relations and relationship-building within the GOP. The meeting was arranged by former Federal Trade Commission member Josh Wright, who worked with Creighton and Soven at the law firm Wilson Sonsini at the time.

After the meeting, Davis sent a follow-up email to Creighton leaving open the possibility of next steps. Ultimately, Google did not retain their services.

Instead, about six months later, Davis launched the Internet Accountability Project, which has been one of the strongest proponents of GOP action against the big tech companies — and is funded in part by Oracle, one of Google’s major rivals. The project’s efforts include supporting a set of House Judiciary Committee tech antitrust bills co-sponsored by Buck, who’s now Ventry’s boss.

Word of Davis’ past interaction with Google’s lawyers has already been circulating among critics of his new operation. The office of Ohio Rep. Jim Jordan, the top Republican on the House Judiciary Committee, seized on the episode last week after Davis began circulating a white paper attacking Jordan’s efforts to blunt Buck’s anti-tech bills.

“No one takes Twitter troll Mike Davis seriously,” Jordan spokesperson Russell Dye said in a statement last week, and again Thursday. He added that Davis “tried to get funding from Google before he pitched Oracle.”

Davis, in turn, has accused Jordan of acting as Google’s “water boy” as he whips against many of the tech antitrust bills.

In his statement to POLITICO, Davis said that after his meeting with Creighton and Soven, a friend spent months educating him “on how bad Google and the rest of Big Tech is for conservatives and small businesses. Six months later, this friend convinced me to start IAP.” (Davis declined to name the friend.)

“I pay myself a salary of less than what I made in the Senate,” he added.

Ties to major tech companies are more toxic than ever in Washington as regulatory threats against the industry intensify and politicians of both parties decry a range of alleged bad behavior by Silicon Valley — including alleged censorship of conservatives, failure to pay taxes, mistreatment of workers and the fostering of anti-vaccine conspiracy theories. But so much tech money is sloshing around Washington that it’s becoming increasingly difficult to find serious players who haven’t worked for one of the big companies, or their rivals.

The Biden administration has faced serious criticism for selecting appointees with ties to Facebook, Google, Amazon or Apple, and Biden’s pick to run the Department of Justice’s antitrust division, Jonathan Kanter, has been scrutinized for his work on behalf of the big tech companies’ rivals, including Microsoft.