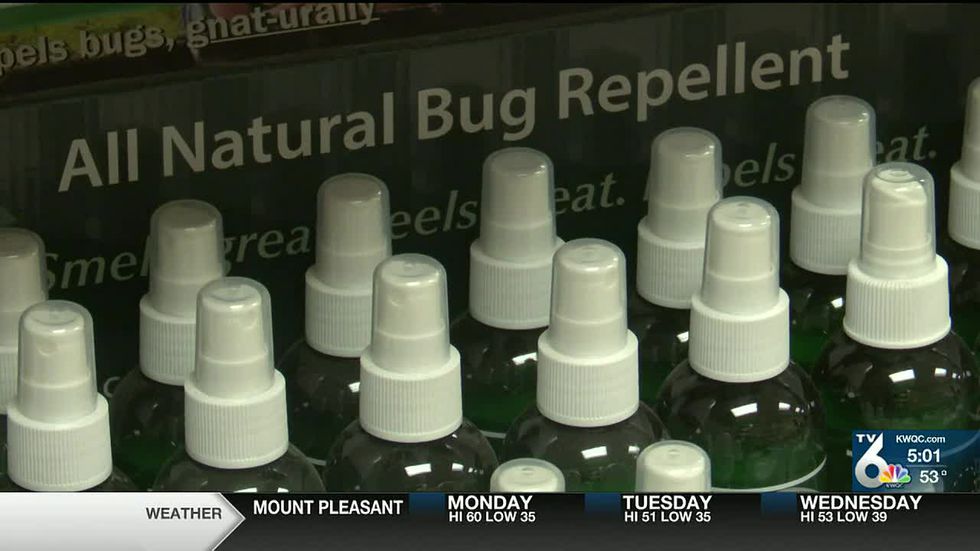 COLUMBUS JUNCTION, Iowa (KWQC) – What started as a home remedy turned into an international product out of Columbus Junction called Bug Soother. The bug spray company, Simply Soothing, is selling the business to a company in Cedar Rapids.

“Bug Soother saved us because it was a tough time in 2008 when businesses were failing and it ended up being a remarkable product and it took us to different places,” says Freda Sojka, creator of Bug Soother.

The natural bug repellant made with lemongrass has been sold all over the United States, Europe, and South America.

“I can clearly remember the day I was mixing something together and I made a really tiny batch and I thought it would take forever to get rid of it. But it just started selling and we had to make bigger and bigger batches of it,” says Sojka.

Simply Soothing is selling the business to ‘Eco Lips’ in Cedar Rapids.

“It’s emotional. You know, I think we were stretched with it because it grew beyond our capability,” says Sojka.

But the Bug Soother founders aren’t done yet. They bought a church camp in Letts, Iowa named Cedar River Ranch. The owners are planning to start an event center, campground, and women’s transitional housing center at the ranch. The women’s center will be called Cedar River Haven. They’re also starting a thrift store in the old Simply Soothing building in Columbus Junction called Haven’s Hope. Proceeds will go toward funding Cedar River Haven.

“It’s just terribly needed. Women need a new start. So they’re going to be able to be somewhere safe and we are going to have classes and workshops,” Sojka says.

For Freda, it’s a dream.

“It’s been my dream for quite a few years. So this is actually happening now and the success of Bug Soother has helped us with that,” Sojka says.

The owners are hoping to open the ranch in late summer. As for Bug Soother, don’t worry. You will still be able to get the bug spray in the same formula from Eco Lips in Cedar Rapids.