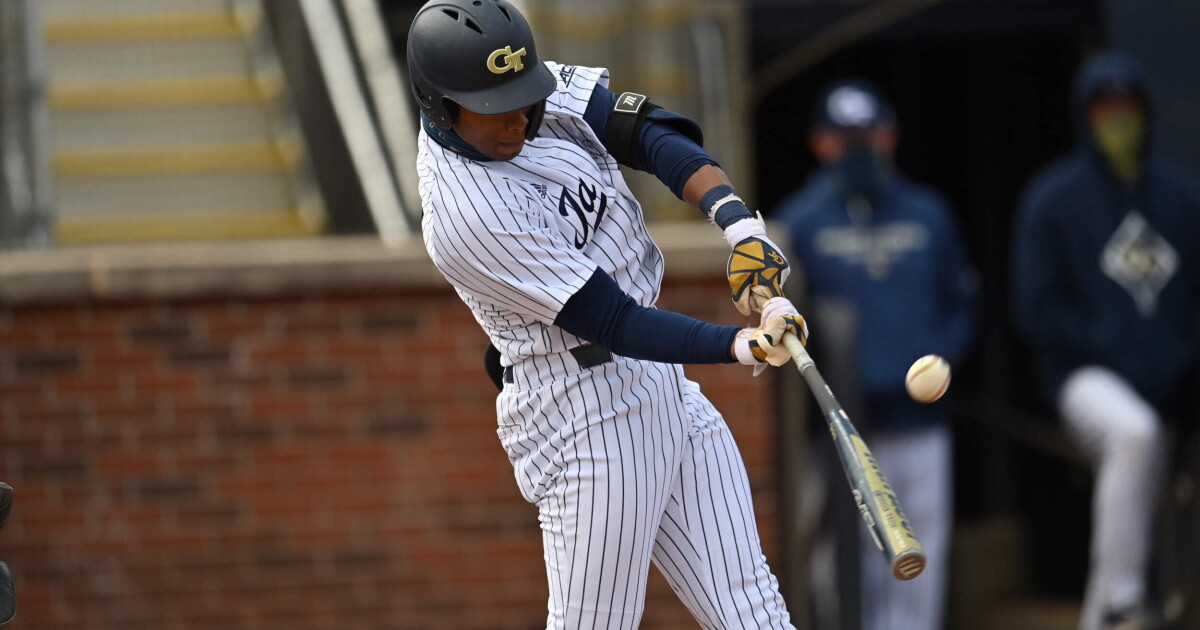 THE FLATS – A 2-1 pitch with two outs in the bottom of the ninth was taken well beyond the left center by Justyn-Henry Malloy to give Georgia Tech a 6-5 series-clinching victory over Clemson on Saturday afternoon at Mac Nease Baseball Park at Russ Chandler Stadium.

LHP Luke Bartnicki pitched a full inning to get to one out in the top of the ninth before RHP Chance Huff (1-0) got two straight outs to strand Clemson’s runner on second.

On the day, John Anderson and Andrew Jenkins led the way with two-hit performances, including Anderson’s two-run homer to give Tech its early lead. Tres Gonzalez and Cameron Turley also knocked in runs in the effort.

Clemson was led by a 2-for-4 day from Kier Meredith. RHP Geoffrey Gilbert (3-5) received the loss, allowing the home run in the ninth.

Georgia Tech wraps up the series against Clemson on Sunday, May 9. First pitch is scheduled for 1 p.m. and will be broadcast on the ACC’s Regional Sports Networks and WREK 91.1 FM. Single-game tickets for Saturday’s matchup has sold out.