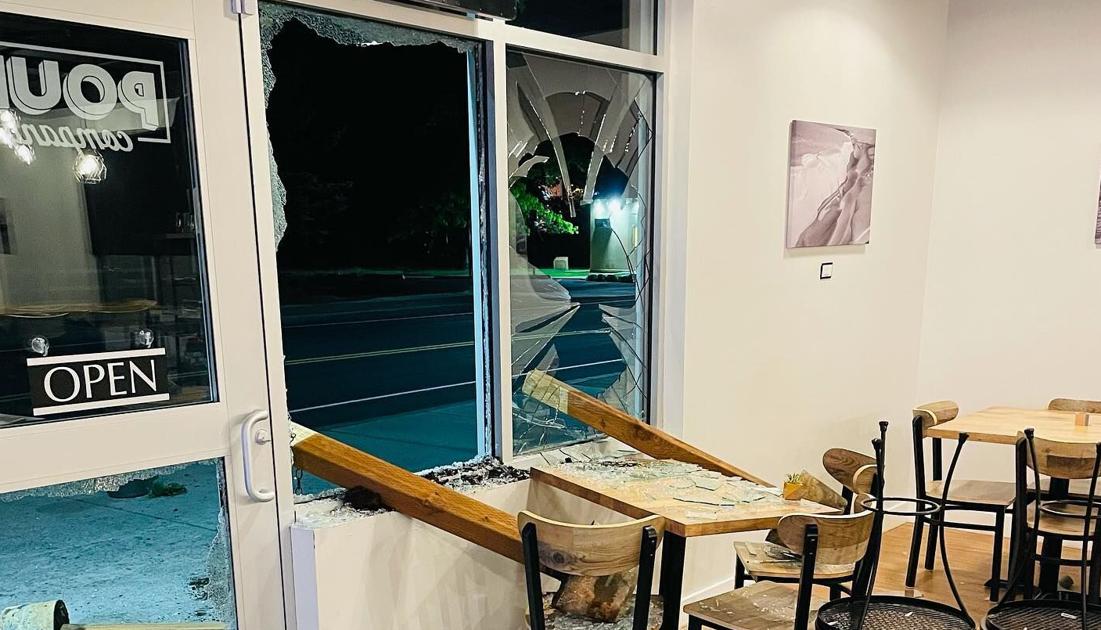 A 43-year-old man was arrested for suspicion of felony malicious injury to property after allegedly smashing multiple windows late Wednesday night at the Pour Company, a craft beer bar and bottle shop at 402 W. Sixth Street in Moscow.

The vandalism caused more than $1,000 in damages. According to Moscow Police, the man broke the windows with posts the business uses to rope off outdoor, sidewalk seating areas.

The same man reportedly ran at a car in the middle of the road near the intersection of North Washington and East D streets about half an hour earlier. According to police reports, the man appeared disoriented and tried to open the car’s doors. Failing that, he reportedly threw something at the car.

A post on the Pour Company Facebook page indicated the owners worked through the morning to board up the broken windows and would be open today for its normal business hours.