Men’s soccer falls to No. 17 Virginia Tech in 2OT – University of Virginia The Cavalier Daily 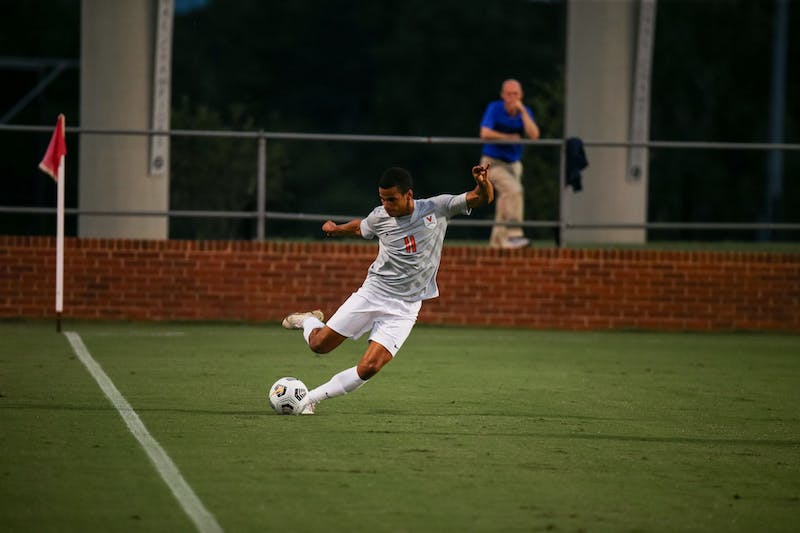 Virginia Tech nearly opened the scoring in the 10th minute, but freshman midfielder Danny Flores’ effort from a cross went just wide of the net. The first shot on goal of the match came from Virginia in the 17th minute. Freshman midfielder Asparuh Slavov fired a shot from just inside the box, but freshman goalkeeper Ben Martino made a comfortable save to keep the game scoreless.

Toward the end of the first half, senior forward Cabrel Happi Kamseu fired a long-range shot from outside the box that deflected off a Virginia Tech defender and nearly went in. Martino initially dove the wrong way, but managed to recover in time to stop the shot from going in. Kamseu almost scored just a few minutes later after creating some space with a turn in the box, but his shot wasn’t able to trouble Martino.

The rest of the first half was marked with physical play and limited chances for both teams, and the two sides went into the break tied at 0-0.

Virginia Tech broke the deadlock quickly after halftime when senior forward Jacob Labovitz headed a free kick past sophomore goalkeeper Holden Brown in the first minute of the second half. Virginia answered in the 58th minute with a goal from Slavov. The Hokies had trouble clearing the ball and the Cavaliers took advantage by finding Slavov, who fired a beautiful long-range effort from outside the box to tie the game.

Both teams held strong for the remainder of the half and the game headed into overtime. The first 10-minute period went by without much action, but the Hokies finally broke through on another goal from Labovitz in the second overtime period. With a little less than three minutes remaining, Labovitz headed in a cross to seal the win for the Hokies.

The Cavaliers outshot the Hokies 15-12, but Martino came up big in net for Virginia Tech, stopping eight of nine shots on target. Sophomore forward Leo Afonso led all players in the match with four shots.

Virginia returned to action Tuesday night at 7 p.m. with another road match against an in-state rival. The Cavaliers traveled to Harrisonburg to face James Madison, looking to bounce back after the heartbreaking loss, but fell to JMU 1-0.