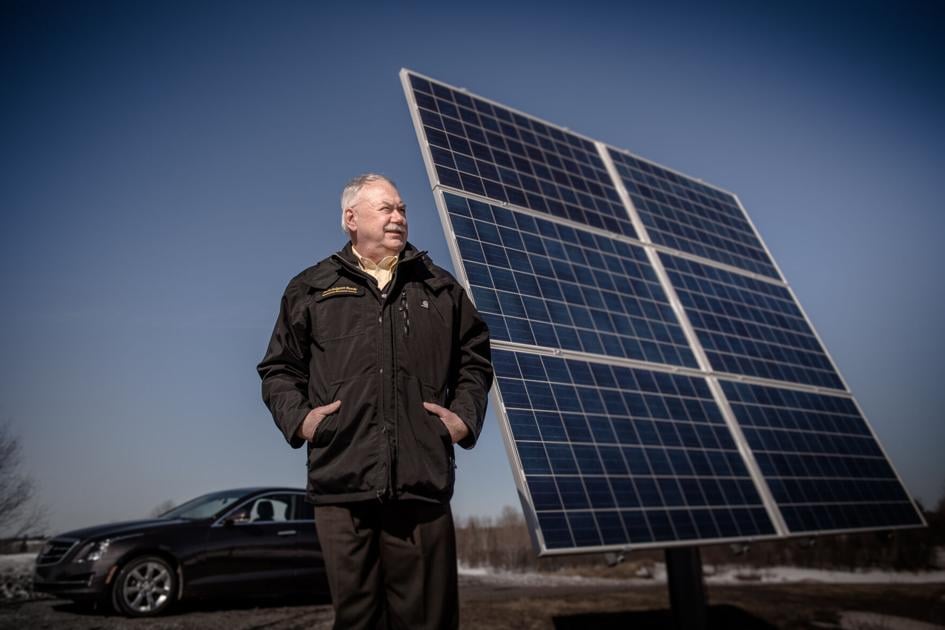 TRAVERSE CITY — Since 2019, the 382-mile distance from Traverse City to Houghton has gotten shorter and shorter.

The distance between Michigan Technological University and TC will officially be zero on Monday.

Jay Meldrum, the director of the Keweenaw Research Center, will have an office in the Traverse Connect Building. The official opening of the Michigan Tech research space at 202 Grandview Parkway is Monday.

“I’m really excited about the job,” said Meldrum, who moved to the area from the upper reaches of the Upper Peninsula in the beginning of June.

“We’re very excited to partner with them and have them move into the second floor of our building,” Traverse Connect President and CEO Warren Call said. “We’re not only happy to have them share our building, but we see this as an opportunity with them having a physical presence in the region.

The new research facility is MTU’s first workspace in the northern Lower Peninsula, according to a release from the Houghton-based university. The purpose of the office is to advance research in areas like aerospace communications, manufacturing simulation and renewable energy.

“There’s some pretty exciting things to work on together,” Call said. “This is a pretty momentous thing. It’s a very big deal for Michigan Tech to have a physical position here locally.”

While a physical office in Traverse City is new for Michigan Tech, the relationship between the Upper Peninsula university and the region is not.

Michigan Tech and members of the Grand Traverse Area Michigan Tech Steering Committee, chaired by Promethient, Inc. CEO Bill Myers, signed a “Memorandum of Understanding designed to explore collaborative opportunities” in the region, according to an earlier release.

An extended agreement earlier this year let Associate of Science in Engineering students transfer 73 credits from NMC to MTU.

“It goes further back than that,” Meldrum said, calling the 2019 agreement a rejuvenation of the first 2+2 program between NMC and MTU dating back to 1990.

Meldrum said keeping the 2+2 program “going strong” and expanding it to other areas of study is one of the five focus areas of his new position in Traverse City.

The second emphasis is to work with local K-12 STEM (Science, Technology, Engineering and Math) programs, instilling an interest in these areas before students begin to think about higher education areas of study and eventual career paths. Meldrum said he also includes the arts in the equation — calling it STEAM — because of Grand Traverse area regional institutions like the Interlochen Center for the Arts.

Members of the MTU communications team stopped in Traverse City in October 2019 to discuss some of the university’s science and technology programs.

Economic development is another Michigan Tech focus in the region. Meldrum, already a member of 20Fathoms and TCNewTech, said they look to find ways to “turn ideas into revenue streams,” especially in areas of technology.

The other focus for Meldrum in his new position is research, especially with the geographical similarities between Traverse City and Houghton. Specifically cited was NMC’s Great Lakes Water Studies Institute and MTU’s Great Lakes Research Center.

“There are things that are common with what they do in the bay and Lake Michigan with what we do in Lake Superior,” Meldrum said.

“We’re really trying to continue our relationship and make it easier,” he said. “With COVID we all learned how to teach classes with Zoom.”

Call said Michigan Tech will occupy about 2,700 square feet of space on the second floor.

“They have room to expand it as they grow,” Call said.

Meldrum graduated from General Motors Institute of Technology, calling it by its former name instead of Kettering University, before earning a master’s degree at University of Michigan.

Meldrum said he started Structural Kinematics in Troy and ran the company from 1982-97, before relocating to the Upper Peninsula. He and his wife are renting an apartment in Traverse City and in the process of relocating to a condominium near Traverse City West High School.

The Meldrums spent their first three weeks living in the area in a relative’s “Fife Lake Fish Camp” on the Manistee River.

“I’ve been with Michigan Tech for 24 winters,” he said. “My wife is so happy to be back below the (Mackinac) bridge.”

Following the 3 p.m. official opening of the Traverse City workspace on Oct. 4, Michigan Tech will host a reception with alumni and friends at the Jolly Pumpkin’s Peninsula Room.