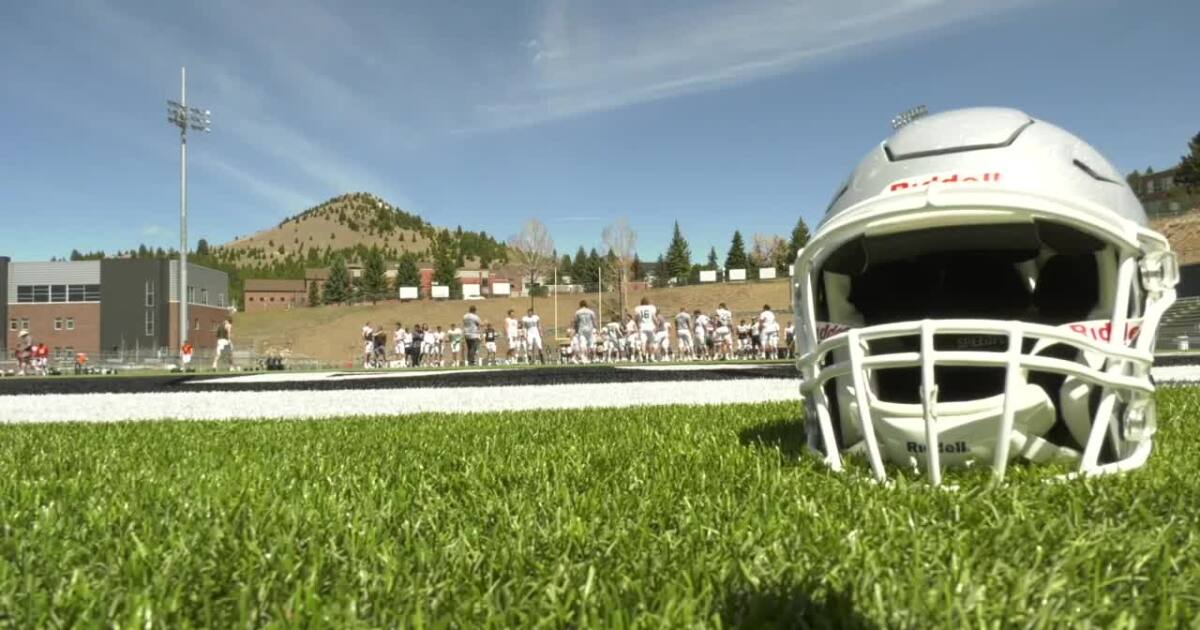 “Coach always says ‘it’s The Hulk and The Flash,'” said Tyler Folkes (The Flash) a redshirt junior at an Oredigger spring practice on Wednesday. “I think it’s kind of fun. It’s situational. We have different strengths and we play to that. It makes it more three-dimensional on offense.”

“Tyler’s the fastest kid in the state, probably the fastest in the conference,” said sophomore Blake Counts, the aforementioned Hulk. “I like to bring the boom.”

The fleet-footed Folkes (5-foot-10, 180 pounds) and brawny Counts (5-foot-11, 225 pounds) proved to be an efficient combination in October 2019 when All-American Jed Fike suffered a season-ending injury. The pair netted 1302 yards and accounted for 11 rushing scores as the Orediggers closed out the season at 6-4.

“I was pretty nervous, I was only a freshman,” said Counts, who played under Samson at Kalispell Flathead, of being moved up the depth chart. “I wasn’t really expecting to come in and play right away but I felt like I was ready for it and I made the most of my opportunity.”

Samson is grateful to have such a potent pair of running backs, but he also noted that they’ve both been setting examples for their teammates.

“The one thing that they’re both doing a great job of is leadership on the offense right now,” Samson said. “Two guys that we know we can count on that got a lot of carries last year. Really excited what they can do in 2021.”

At receiver, Tech returns redshirt junior Trevor Hoffman, a 6-foot-4, 205-pound native of Renton, Washington. In 2019, Hoffman piled up 998 yards and 8 touchdowns on 52 receptions, amassing more yardage and more scores then all other Tech receivers combined.

That kind of production has gotten Hoffman some looks from NFL scouts, who says he’s taken the Wonderlic and “talked to a few teams.”

“It’s kind of just in the beginning stages of getting recognition and it’s been a pretty cool experience,” Hoffman said. “It definitely motivates me to get going.”