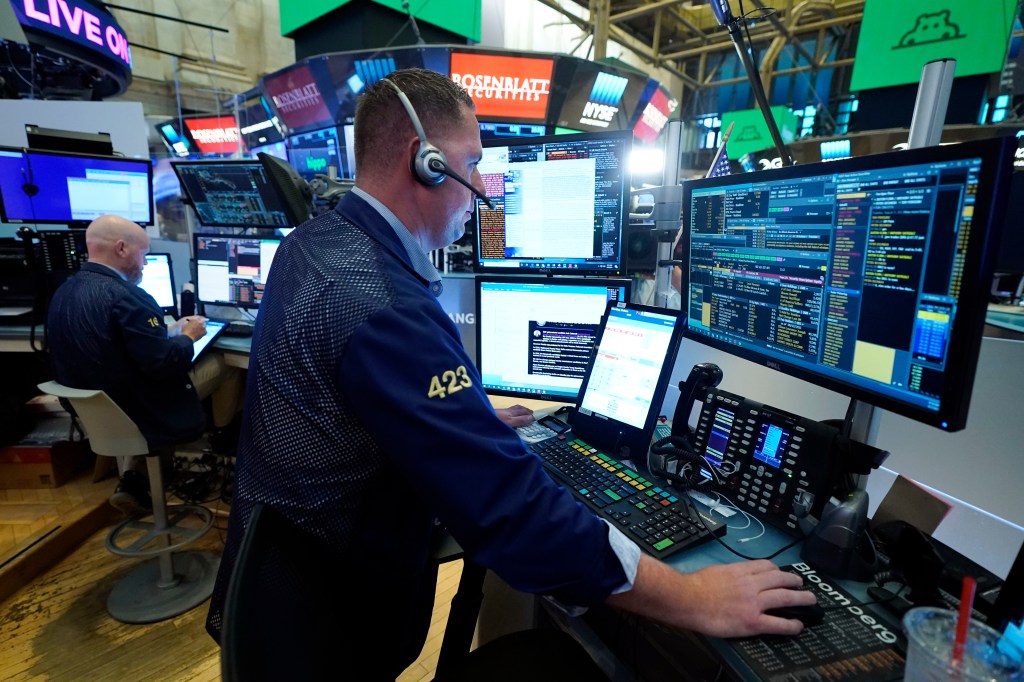 Take a bow, America. It’s official and irrefutable: The U.S. is blowing out the rest of the world in tech leadership. No other country in the world comes anywhere close in tech innovation and the dominance of our made-in-America 21st-century companies.

The Nasdaq index of once-small technology companies reached 15,000 last week. Only a few years ago, that index stood at 5,000. Yes, these companies have tripled in their market cap value — and that doesn’t include the dividends that have been paid out to large and mom-and-pop shareholders in America and across the planet.

We are told constantly that China is catching up and achieving remarkable digital-age leaps forward in biotechnology, artificial intelligence, green energy, robotics, 5G technologies and microchips.

The value of America’s 12 most valuable companies today in terms of stock valuation is well over $10 trillion. Those red, white and blue companies from Silicon Valley to the “Silicon Slopes” of Utah to Boston to northwest Arkansas are worth roughly as much as all of the Chinese publicly traded companies combined.

Firms such as Google — many of which didn’t even exist 30 years ago — have made millionaires off your next-door neighbor. Ordinary people are getting rich beyond anyone’s imagination 50 years ago, thanks to American innovation and inventiveness. Risk-taking, old-fashioned can-doism is a hallmark of this unrivaled success story that has never been matched anywhere at any time in world history.

Almost all of this is a tribute to American financial markets that allocate capital in hyperefficient ways. Capitalists doing a spectacular job of allocating capital efficiently is our secret sauce to financial and technological success.

I am always mystified when highly successful Wall Street investors can’t explain how it is they add value and sometimes concede that they are just unnecessary middlemen. Even Warren Buffett, one of the greatest of all time, expresses guilt about his billions, as if he and other great financiers are economic parasites. No. Steering financial resources to winners like Google, not losers like Solyndra, makes everyone in America richer.

Meanwhile, few politicians have any clue of how capital markets create wealth and jobs and shared prosperity in America. If they did, they would appreciate that without capitalists and capital, there is no enterprise — no material progress. They would instantly understand the economic lunacy of increasing taxes on capital gains and dividends, wealth taxes, and, worst of all, death taxes that threaten the future survival of family-owned businesses. Cutting, not raising, the U.S. capital gains tax would be far wiser if we want America to maintain and widen our competitive lead and keep winning globally.

The arrogant fools in the administration of President Biden believe that to keep America No. 1 technologically, we need to have a multibillion-dollar government-run slush fund with the politicians picking winners and losers with other people’s money. China does this, and so does Japan, and it has never worked. One of the most famous stories of government-as-investment banker was when the Tokyo government’s brain trust recommended that Honda not get in the business of making cars. Here in the U.S., the political class has made a $150 billion bet on wind and solar power since the late 1970s, and in return, that has produced only a small sliver of our energy needs.

Even more inexplicable is the movement in America coming from senators such as Democrat Elizabeth Warren on the left and Josh Hawley of Missouri on the right to break up our tech companies. Why? Because, evidently, they are too good at what they do. They make too much money. They have too many customers and too many advertisers. Put aside for a moment the rancid political persuasions of some of these leftist Silicon Valley CEOs. Somehow, the left and right agree that building a superior product and even crafting entire new industries is a punishable offense. God forbid.

The rest of the world — the Chinese, Indians, Japanese and especially the technologically inferior Europeans — would love to hobble American titans and tax away their profits. The role of the U.S. government should be to repel the foreign attacks. Crazily, the Biden administration has given the green light to foreigners pillaging American companies.

So, can America’s tech dominance continue to blow away the foreign competition for decades to come? Bet on it. That is, unless we are foolish enough to decapitate our own industries through regulation, antitrust policies and raising tax rates on success. The challenge for U.S. supremacy is coming from Washington, D.C., not China.

Stephen Moore is a syndicated columnist.