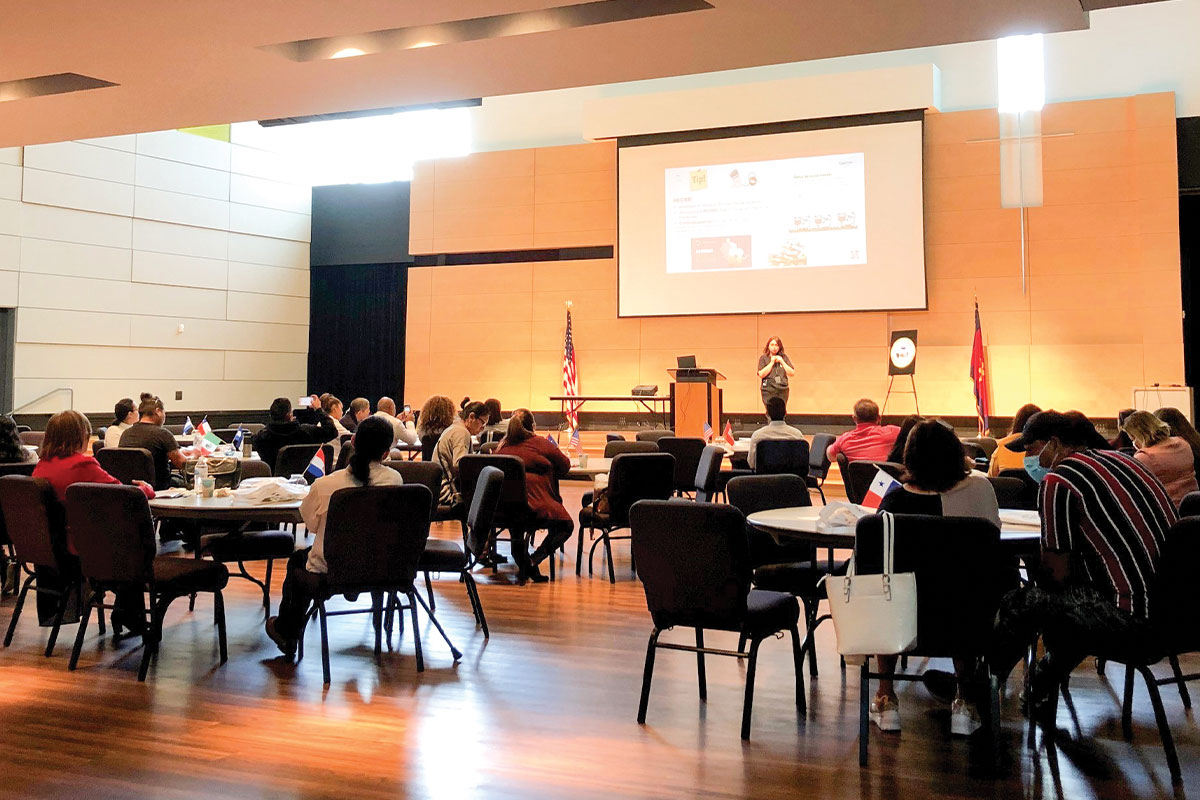 Participants in Latino Small Business Conferences held in Grand Island and Omaha say they found the sessions enlightening and inspiring.

The conferences were sponsored by the Nebraska Business Development Center (NBDC), SCORE Nebraska, the U.S. Small Business Administration (SBA), the Nebraska Enterprise Fund, the Nebraska Public Power District and the University of Nebraska Institute of Agriculture and Natural Resources (IANR).

The conference September 11 in Grand Island, conducted entirely in Spanish, attracted approximately 100 participants, while the session in Omaha September 14 drew more than 50 people, says Juan Sandoval, associate center director of America’s SBDC-Nebraska, based at the NBDC in Omaha.

“Our message to these business owners was that you are not alone in facing your challenges,” Sandoval says. “A SCORE study indicates only 6.7 percent of Latino-owned businesses reported profitability and growth during the pandemic.

“We want minority business owners to know there are resources available that can help reduce the risk and increase their chances for success,” he says. “But you have to go and look for them; they’re not going to come find you.”

Yusleine Ramirez, owner of Norfolk Painting Solutions, attended the conference in Grand Island. “The conference was inspiring because it not only provided information about how to run a successful business, but also information about the many challenges we experience daily and how to overcome them to make our dreams come true,” she says.

Carlos A. Mendoza, owner of Green Island Lawncare in Grand Island, says the conference he attended helped him connect with other business owners and to update his knowledge of current business issues.

“I learned the importance of creating goals and having a direction for the next years of my business,” Mendoza says. “Vision and mission are important tools for success, and I feel more confident about the steps to follow.”

Jenny Lopez, co-owner of Fruit restaurant in Grand Island, says she appreciated hearing about the good and bad experiences other business owners have experienced. “As micro-entrepreneurs, one of the most important tasks is to continue learning and educating ourselves,” she says. “The information I received at the conference will have an impact on our business by making important changes with the goal to continue growing.”

Elie Berchal, of Chinchorro Boricua restaurant in the Old Market in Omaha, says the conference exposed her to many valuable resources that were new to her. “There are people willing to help you to develop your project,” she says. “It confirmed I didn’t know everything and that there is always room to grow as part of the education process. I also learned I am not alone in this journey.”

Sandoval says the conferences were so well received that organizers are now looking toward 2022 and perhaps expanding to four locations.

“We are very happy with the attendance this year and would like to conduct additional sessions in Norfolk and South Sioux City,” he says. “In the meantime, we will look for the additional support and sponsors we need to take these conferences to the greatest number of business owners.”

Anyone interested in becoming a sponsor for next year’s conferences may email Sandoval at the NBDC, [email protected].