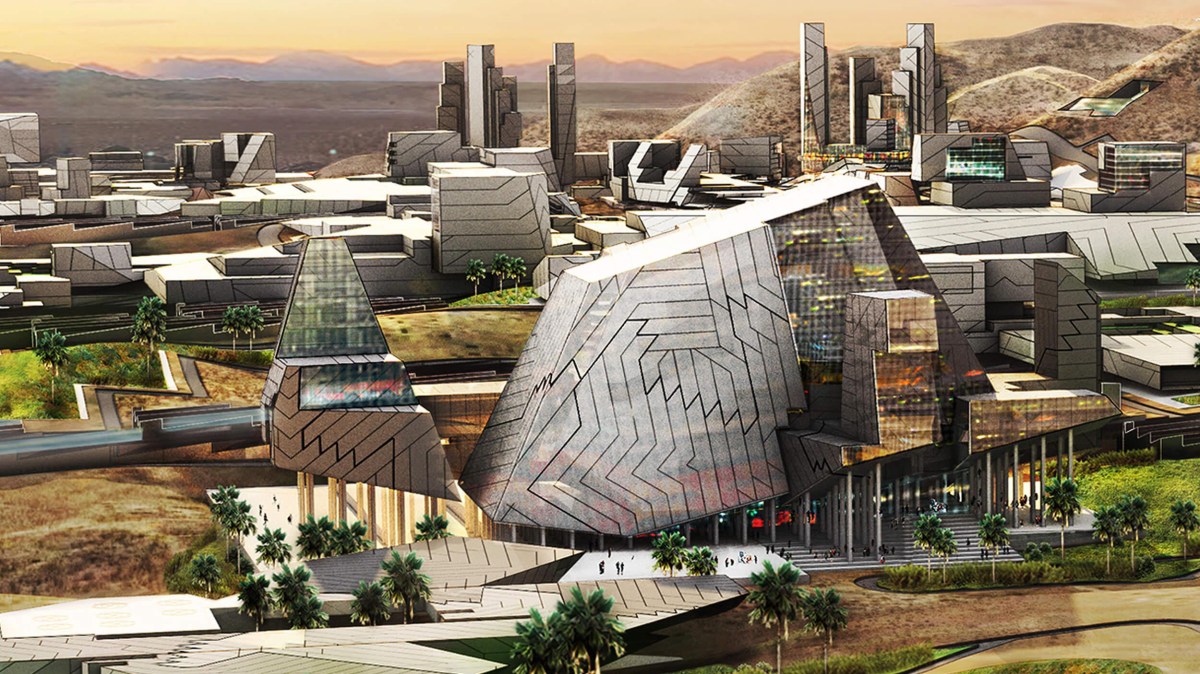 In recent years, Nevada has drawn plenty of tech companies to the state, in particular to Northern Nevada, which is close to both Silicon Valley and Lake Tahoe. On top of that, Nevada does not collect personal income tax. Lawmakers are now looking at a new way to try to lure companies to the state and, as Benjamin Payne reports, the approach is controversial.

“This is the creation of a new political subdivision within the state of Nevada. They become independent of the host jurisdiction, the host county that they are in,” said Jeremy Aguero, a consultant with Applied Analysis. Aguero was hired by Blockchains LLC, a tech company that wants to carve out what would essentially be a new county government on land it already owns in the desert east of Reno.

That can’t happen under Nevada law. But legislators are planning to study a concept proposed by Democratic Gov. Steve Sisolak that could pave the way for so-called “innovation zones” as outlined by Aguero.

The proposal applies to companies that own at least 50,000 acres of undeveloped land in Nevada. And not just any companies — companies that deal in “innovative technologies.” There are other requirements, too.

Companies that meet the requirements will generate revenue, according to Aguero: “Sales tax, property tax, those type of things, to provide every type of service that any local government or county government, regional government, would otherwise provide,” he said.

These services include parks, water, even police. That’s concerning to Pat Garofalo, a public policy analyst at the American Economic Liberties Project, a corporate accountability think tank. “It just strikes me as a modern-day reinvention of the company town,” Garofalo said.

Old company towns of the late 1800s and early 1900s were places where a single company owned not just the factories, but also the homes, the stores and pretty much everything else.

“Putting some lipstick on an extremely old and exploitative idea doesn’t make it any less old and exploitative,” said Garofalo. “The fact that it’s fancy tech companies instead of a mining company or a timber company doesn’t mean that the power dynamics are magically fixed.”

Storey County, where Blockchains owns its land, is also opposed to the proposal. County Manager Austin Osborne said the company could build housing and facilities under the existing legal framework.

“We really are the innovation zone already. We’re fast, we’re expedient, we’re easy to work with,” he said.

Sisolak remains bullish on the idea. “We’re not risking anything, as a state, on this. There is zero risk for the state of Nevada,” said Sisolak. “The developer is putting up the money. They’re taking the risk. The state and its residents are getting the benefit.”

That benefit would be revenue from the afore-mentioned industry-specific tax imposed on the company. For instance, a tax on all blockchain transactions made in the area. Just how much that tax could generate remains unclear.

A final decision by the legislature’s committee on whether to recommend the proposal is due by the end of the year. Even if the concept gets the thumbs-up, it will still need to be passed and signed into law.

If you’re wondering what exactly counts as an “innovative technology,” a draft bill aiming to help Blockchains set up a specialized jurisdiction lays out eight categories, including robotics, artificial intelligence, the internet of things, renewable resources and, of course, blockchain technology.

The Center for American Progress put out a report in 2019 arguing that we still have many so-called “company towns” in the U.S., with one dominant company employing a big chunk of the local labor force and giving workers in the area few, if any, options to negotiate for better working conditions or wages.

For more details of how company towns used to work, Smithsonian Magazine took a look back at some of the more famous ones from the Industrial Revolution, including places like Lowell, Massachusetts, and Hershey, Pennsylvania. (You can probably guess the company for that last one.)

Virginia Commonwealth University’s Social Welfare History Project offers a look at the rise and fall of company towns from the 1880s to 1935, with a deep dive into what happened when the owner of the Pullman railroad car company tried to run a “utopian village” where workers had to pay higher rent to live in homes they were required to live in to work for the company.

Suffice to say, many people in the village weren’t fans.

The National Coal Heritage Area and Coal Heritage Trail in West Virginia has also charted a history of the state’s infamous coal towns, where it says all life revolved around the company store (once memorialized by Johnny Cash), usually the only store in town, which, with no competition, charged higher rates than people paid in cities, sometimes pushing miners deep into debt.