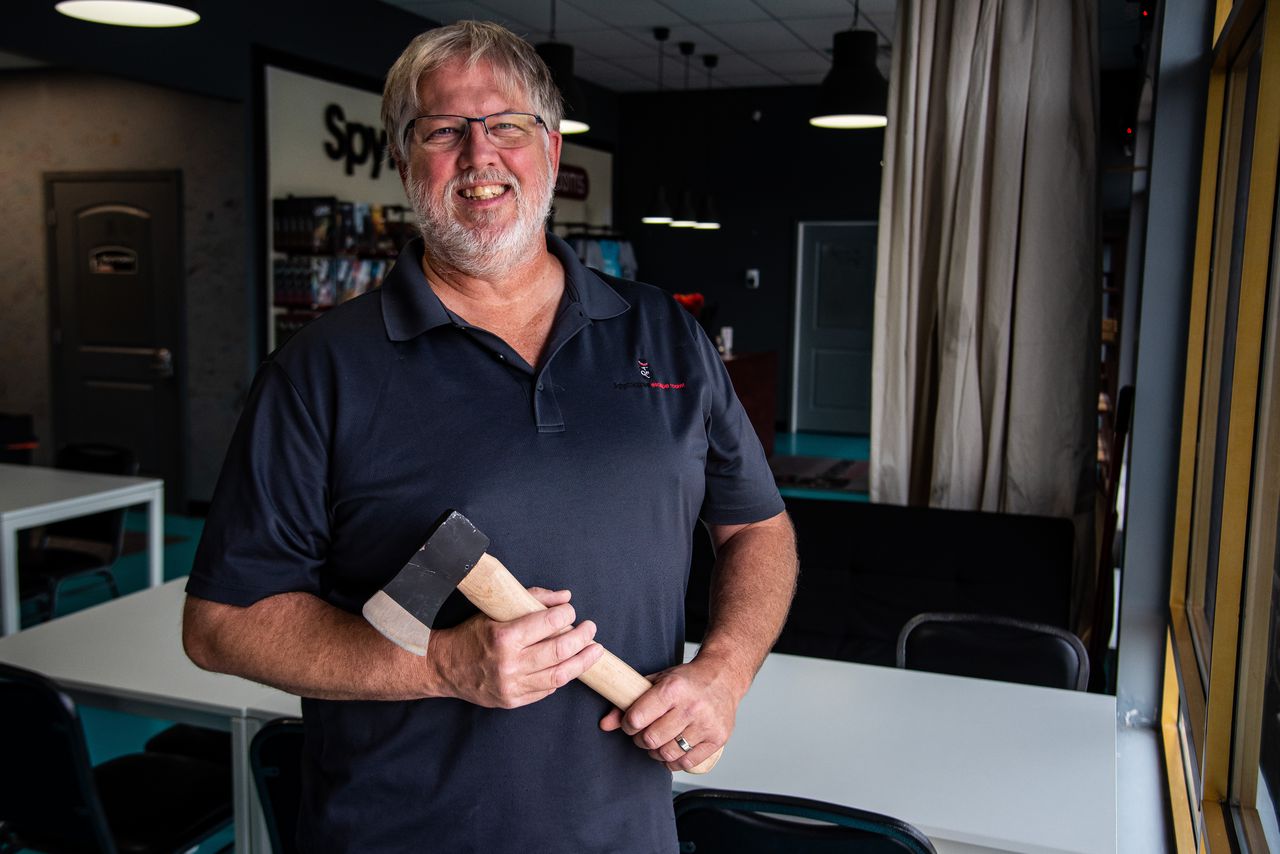 BURTON, MI — A new business that will feature axe throwing is planning to open in Genesee County before the end of the year.

Spymaker Axe Throwing, an axe throwing venue, that will feature axe throwing for various group sizes and leagues has plans to open in December.

Shane and Tracey Moore, owners of the forthcoming business, recently submitted an application for zoning review to the city of Burton, which was unanimously approved, Shane Moore said.

The business, located at 1235 S. Center Road in Burton, features 8,157 square feet and will be a neighbor to businesses such as Doctors of Physical Therapy, Double Dragon, General Optical and others.

“We are going to open Flint’s first axe throwing venue,” Shane Moore told MLive-The Flint Journal, adding half of the building will feature axe throwing while the other half will have six escape rooms.

Once the new business opens, more staff will be added, Shane Moore said, noting there will be 15 employees between the two locations.

The work to build out the escape rooms won’t begin until January or February.

Some of the potential themes for the new escape rooms include starship, train station with zombies, and a Sherlock Holmes with a Jekyll and Hyde twist to name a few.

Prices for axe throwing are not finalized, but the cost is planned to be $28 per person. The cost will also be the same for the escape rooms, Shane Moore said.

At full capacity, 48 customers can participate in axe throwing.

Customers can get a single lane, which can hold up to three people, or a double lane with up to six people.

The business will also offer beverages, grub boxes and a vending machine.

Axe throwing will be open to customers age 14 and up with a parent or guardian. A signed waiver will be required for all customers.

When asked what inspired the Moore’s to delve into the business of axe throwing, Shane Moore acknowledged his wife’s intelligence and the interest to want to bring fun the area.

“I always say my wife is smarter than me,” Shane Moore said, half-joking of his wife Tracy. “It’s something that we’ve done and we’ve had a lot of fun. We’ve just had a tremendous amount of fun. We go around the country doing escape rooms and so then one night we just said let’s do axe throwing and it was a blast and we looked around here and there wasn’t any. We want to bring that level of fun to Flint and Genesee County.”

Tracy Moore credited the success of the family-run business to the employees who help to build and run it.