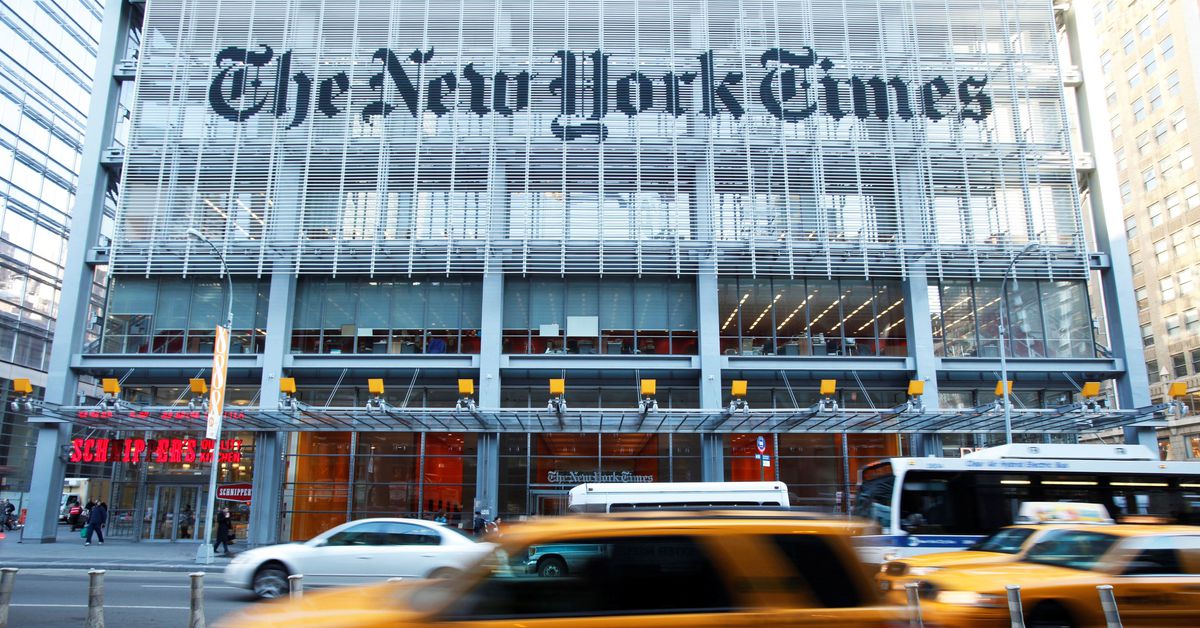 The financial fallout from the COVID-19 crisis had last year cut deeply into the publication’s advertising revenue. But with companies raising their marketing budgets after the reopening of the economy, The Times posted a 66% surge in ad sales.

Most of that came from large technology and financial services businesses, which spent heavily on the company’s targeted advertising products, Chief Financial Officer Roland Caputo said.

The publication expects advertising revenue to rise by 30% to 35% in the current quarter.

The Times’ digital subscriber growth, however, slumped to its lowest in three years, as interest in domestic COVID-19 news waned after vaccinations.

The 170-year-old publication added only 142,000 digital subscribers in the quarter ended June, its lowest since the second quarter of 2018.

Downloads of the company’s app fell by two-thirds year-over-year between May and June, according to Sensortower data.

Still, coverage of the devastating events in South Florida, the political crisis in Haiti and the still surging pandemic in other parts of the world helped attract readers, Chief Executive Meredith Kopit Levien said.

At the end of the quarter, the Times had nearly 8 million total subscriptions, of which 7.1 million were digital-only.

Shares in the company jumped by the most in more than a year and a half to $48.75.

Reporting by Eva Mathews in Bengaluru; Editing by Aditya Soni