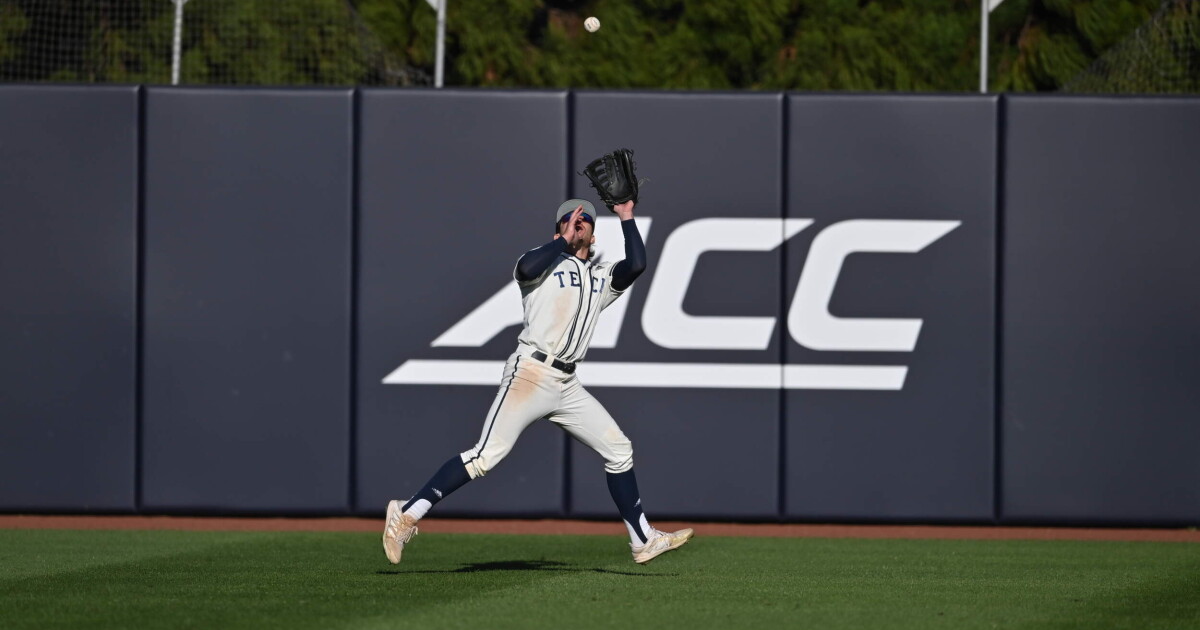 • No. 12 Georgia Tech remains at home as it begins its first of four-straight midweek matchups after having none the previous four weeks, hosting USC Upstate on Tuesday, April 6 at 6 p.m.

• Despite dropping the series to Virginia, Georgia Tech still finds itself atop the ACC standings at 11-7, alongside Virginia Tech (11-7) and Notre Dame (11-5).

• Coincidentally, Virginia Tech and Notre Dame are the Jackets’ next two series, both on the road, where Tech has been 7-2 this season.

• Despite a colder weekend at the plate, Georgia Tech continues to lead the ACC, hitting .300.

• In addition to leading the ACC in hitting, Georgia Tech also leads the league in doubles per game and slugging, while ranking second in triples, scoring and on-base percentage.

• True freshman Kevin Parada still leads the Jackets and the ACC, hitting at .413 and is second with 38 hits.

• Gonzalez ranks third in the ACC in walks (20), while Colin Hall and Parada are second in triples (2).

• On the mound, Georgia Tech will start sophomore RHP Cort Roedig on Tuesday.

• Roedig has slowly worked back from offseason surgery and is looking to get back to form.

• As a freshman in 2019, Roedig worked to a 1.08 ERA and .115 opponents’ batting average in the postseason (ACC Championship Game and NCAA Regional elimination game), surrendering just three hits.