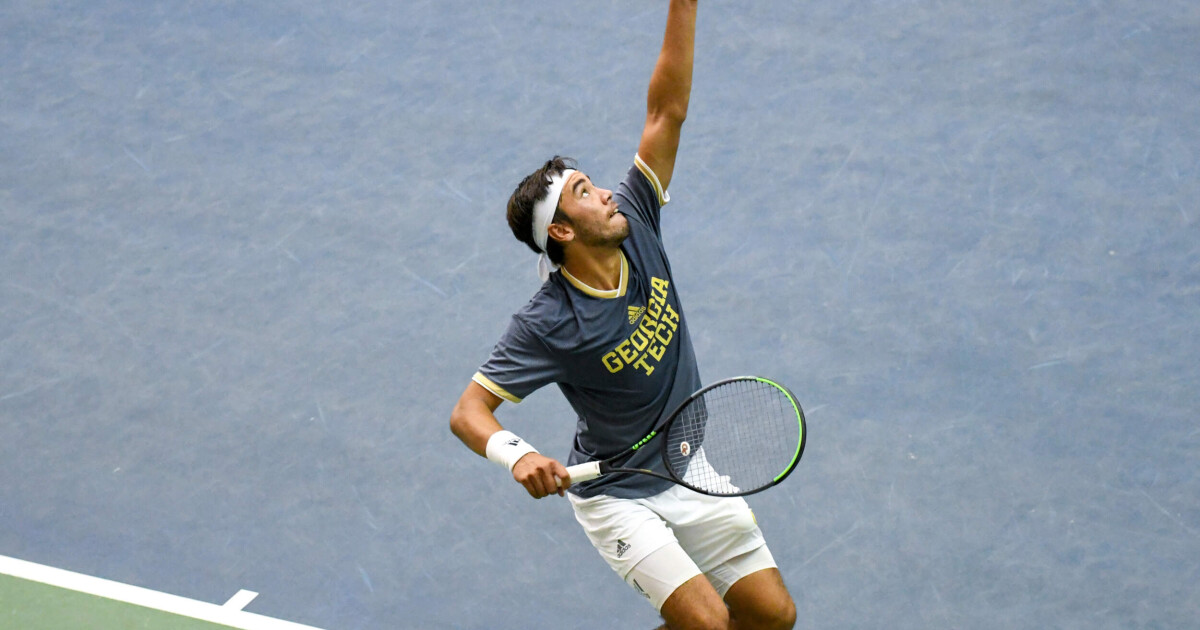 THE FLATS – No. 35 Georgia Tech suffered a heartbreaking loss to No. 12 Wake Forest in a close 4-3 contest at the Ken Byers Tennis Complex on Sunday afternoon.

The Yellow Jackets (10-7, 4-5 ACC) captured wins on three singles courts before ultimately allowing the dropped doubles point to be the deciding factor in the match against the Demon Deacons (2-14, 8-1 ACC). Tech was down by as much as 4-1 before taking positions one and four to close out the day.

Despite the team defeat No. 52 Marcus McDaniel earned a huge victory over No. 8 Henri Squire at position one. The first set went into a tiebreaker before McDaniel won it with an 8-6 showing. He fell in the second set 3-6 before battling back with a solid 6-2 performance in the third. McDaniel improves to a 14-2 dual match singles record, collecting his sixth consecutive singles win. The redshirt freshman is 7-1 versus ranked opponents in singles play. He boasts a record of 6-2 in conference match-ups.

Prior to McDaniels’ top-ranked win classmate No. 25 Andres Martin, who is also now 6-2 in ACC singles play, also picked up a point for Tech in another top ranked match, topping No. 113 Taha Baadi 6-1, 6-3. Martin earned his third straight win.

The third singles win for the Jackets came on court four as fellow redshirt freshman Keshav Chopra won his third straight match in a clutch 2-6, 6-1, 7-5 effort after losing in the first set. Chopra moves just above .500 in dual match singles with an 8-7 ACC record.

The loss is only the Yellow Jackets second in the last six games. They now own a 6-4 record at home. Tech is off this upcoming weekend but will be back on The Flats on Friday, April, 9 as it plays host to No. 33 Notre Dame.