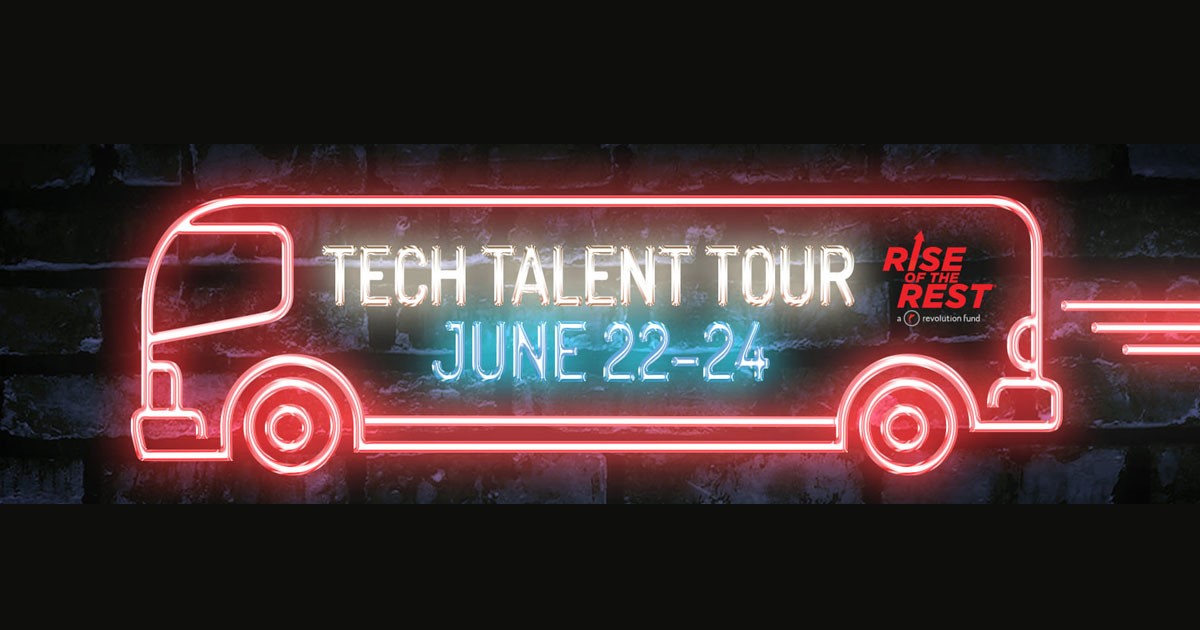 Washington, D.C.-based venture firm Revolution recently announced its Rise of the Rest program will host a virtual Tech Talent Tour from June 22-24. The tour will include a virtual career fair and conversations with startup leaders from Northwest Arkansas and 15 other U.S. cities and metro areas.

Northwest Arkansas will be included in the tour’s city spotlights conversations from 11 a.m. to noon June 22. Other cities and metro areas sharing the time slot are Chicago, Indianapolis and Minneapolis-St. Paul, Minn.

The Tech Talent Tour is expected to educate job seekers on the available startup jobs in cities outside of Silicon Valley, New York and Boston, and connect them with startup leaders nationwide looking for talent. According to the Revolution website, more than 1,000 open roles are available in over 50 U.S. cities.

The COVID-19 pandemic has led many people to rethink what they do and where they do it, according to a news release. And the rise in remote work has enabled tech talent to work from anywhere, broadening the pool of candidates available to startups nationwide. The number of remote workers is expected to double by 2025, according to Upwork’s “Future Workforce Pulse Report.”

“As a founder, building the right team is paramount to success,” said Steve Case, CEO and chairman of Revolution and co-founder of AOL. “Yet we often hear from entrepreneurs and startup ecosystem builders in cities outside the coastal tech hubs about the challenges of recruiting and retaining talent. The pandemic, however, has the potential to redefine how and where people work. We see the Tech Talent Tour as bringing together those interested in life and employment outside of Silicon Valley with startup opportunity.”

The city spotlight conversations on Clubhouse will include a range of startup, political and cultural leaders from within each city or region to discuss what it’s like to live there. The virtual career fair will feature sessions with hiring managers and founders from startups nationwide. Attendees can submit resumes, ask questions and discuss qualifications.