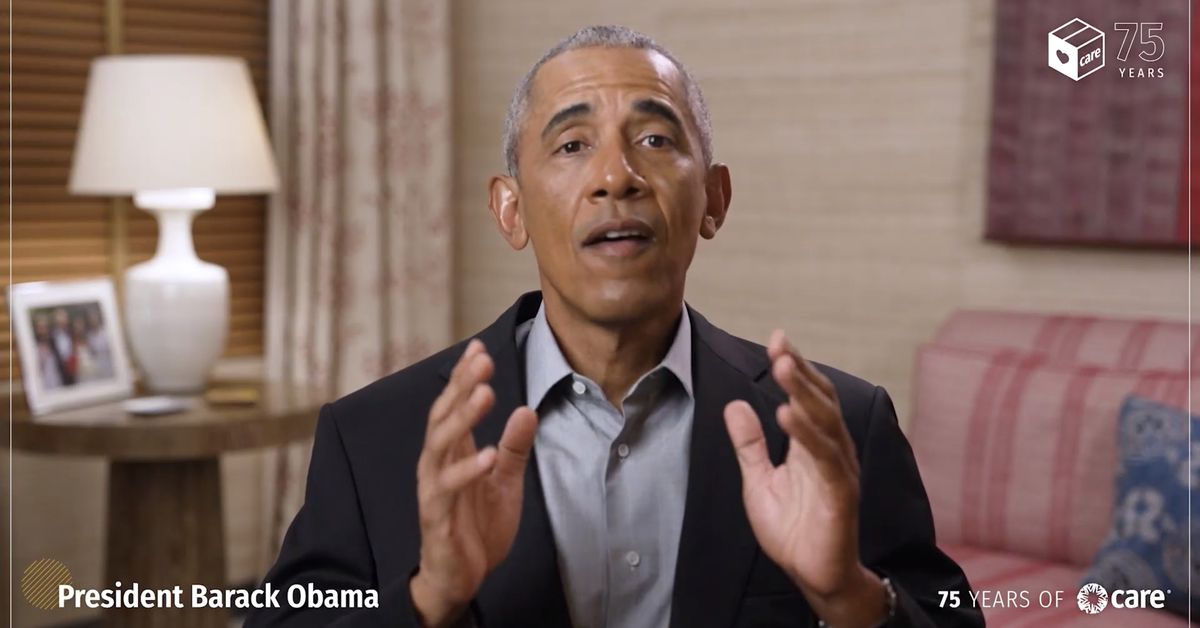 Surprise! @BarackObama just dropped by the Chicago Southside Wolfpack practice in Jackson Park — the site of the future Obama Presidential Center — to congratulate the youth football team on a great season. pic.twitter.com/EH5i1rOEid

Obama got together with the Chicago Southside Wolfpack for a guest pep talk and huddled with the team of fifth- to eighth-graders.

Groundbreaking for the presidential center in Jackson Park is set for early fall, the Sun-Times reported. The foundation estimated up to 5,000 construction jobs will be made during the project.

While visiting the city, the former president also stopped by South Shore Brew to chat with business owners about how the future center will benefit the community.

These South Side business owners were resilient throughout the pandemic. Now they are determined to grow their businesses and hire community residents. It was great to join @BarackObama in conversation with them about how the Obama Presidential Center will benefit the community. pic.twitter.com/ZQ6DqDcIUQ